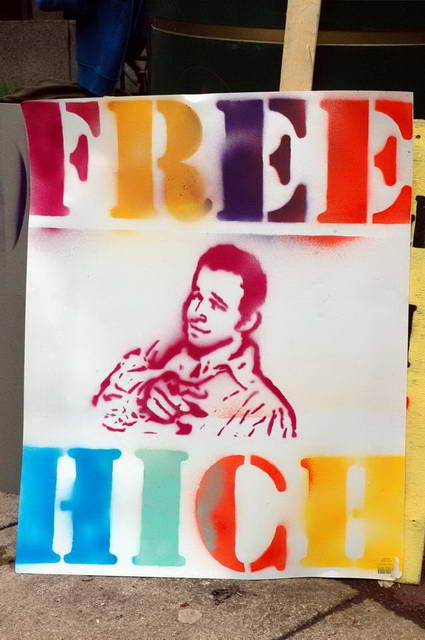 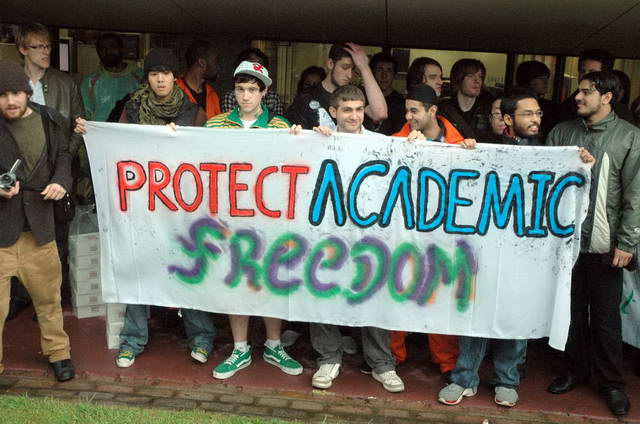 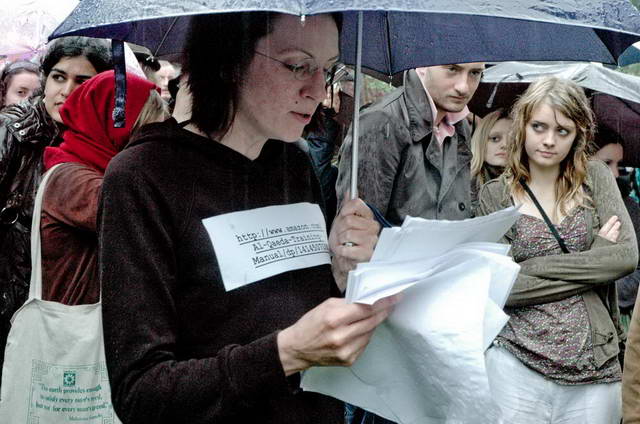 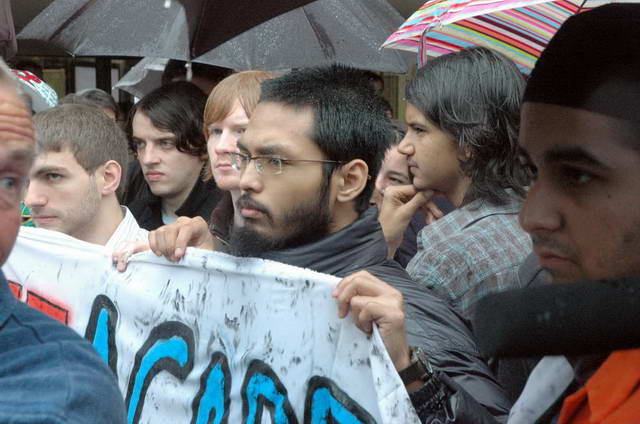 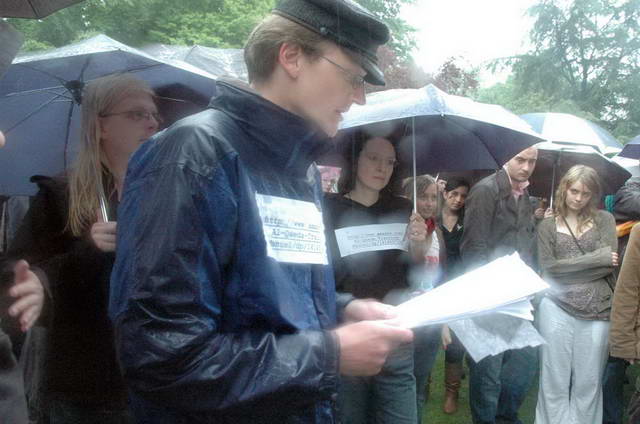 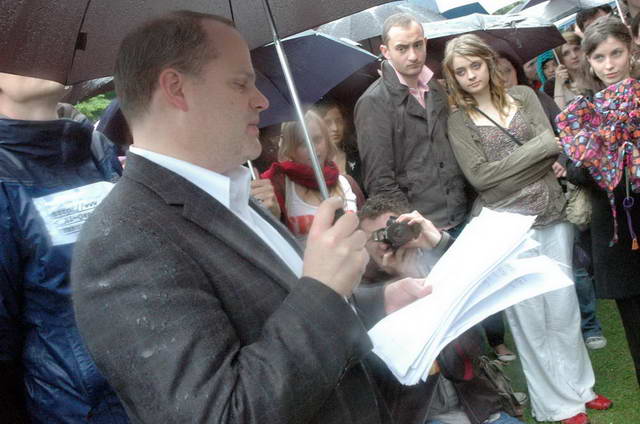 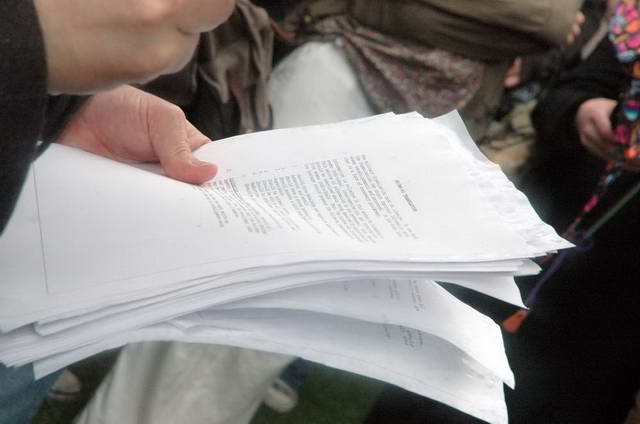 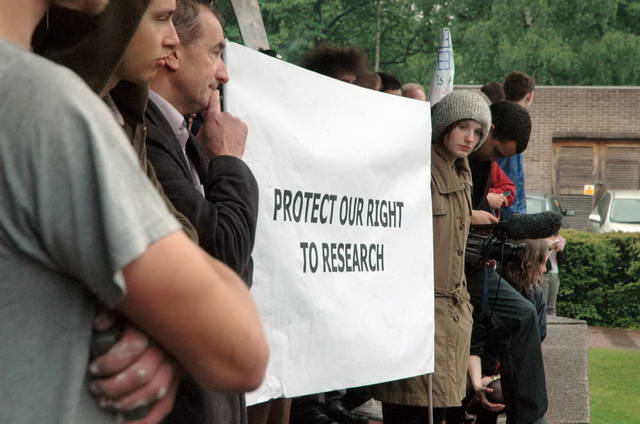 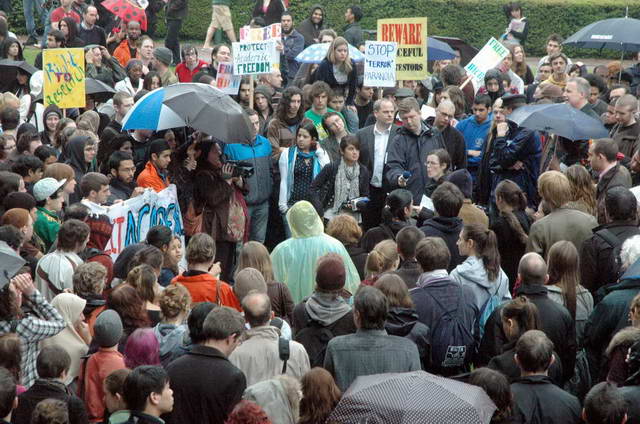 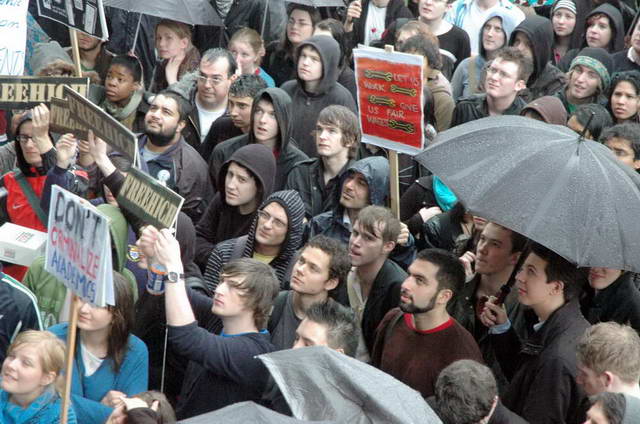 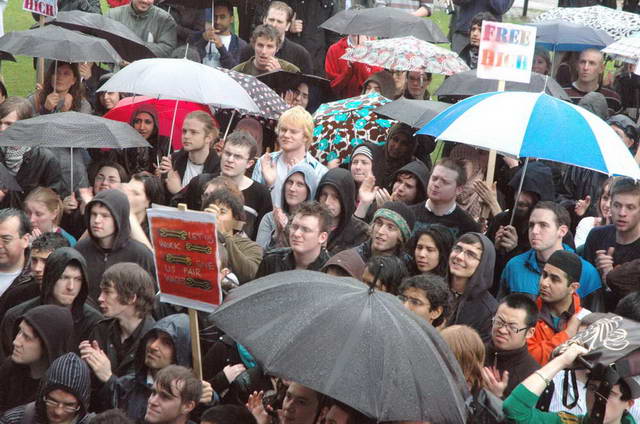 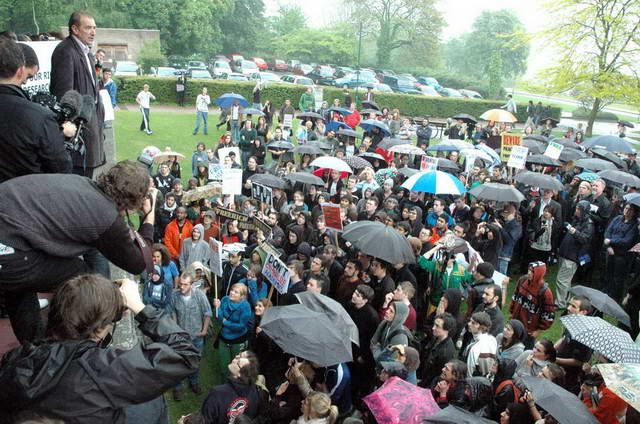 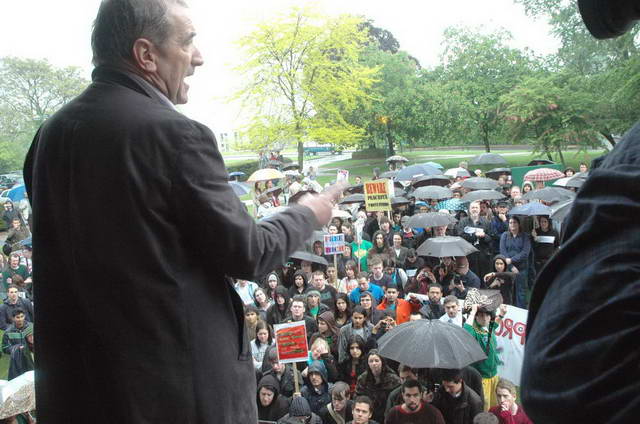 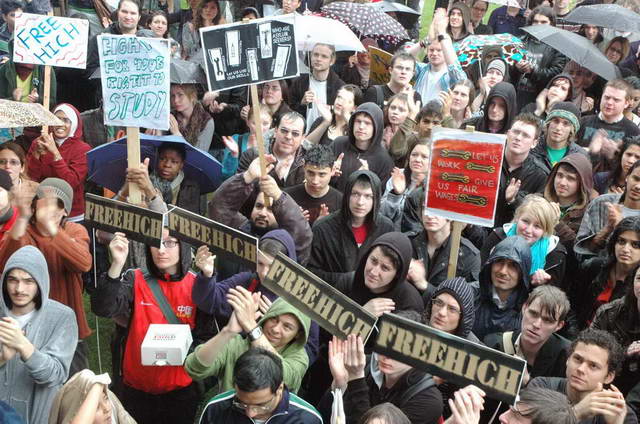 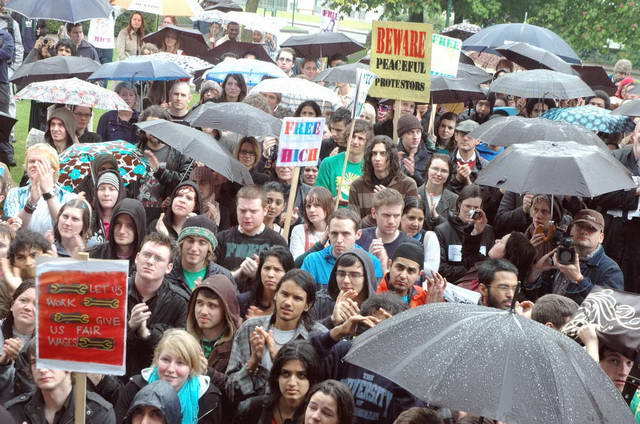 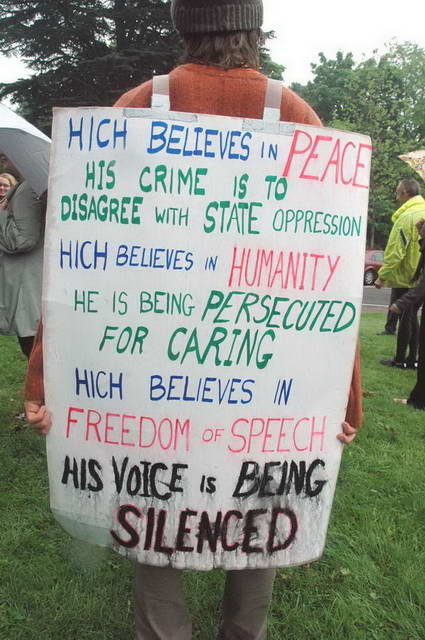 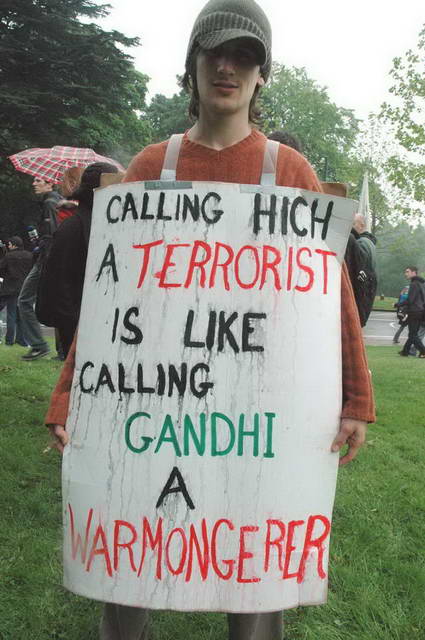 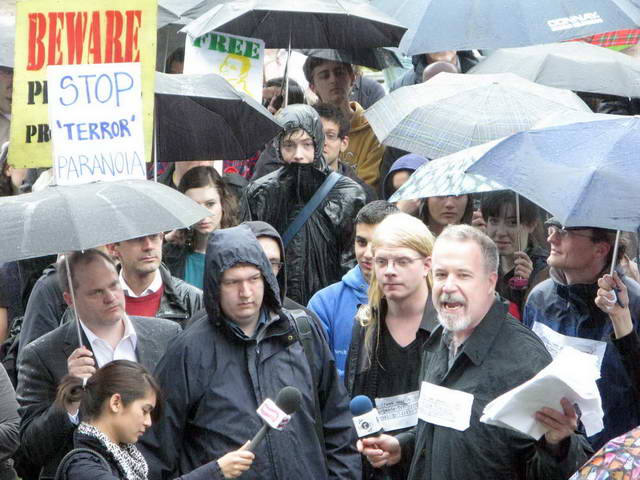 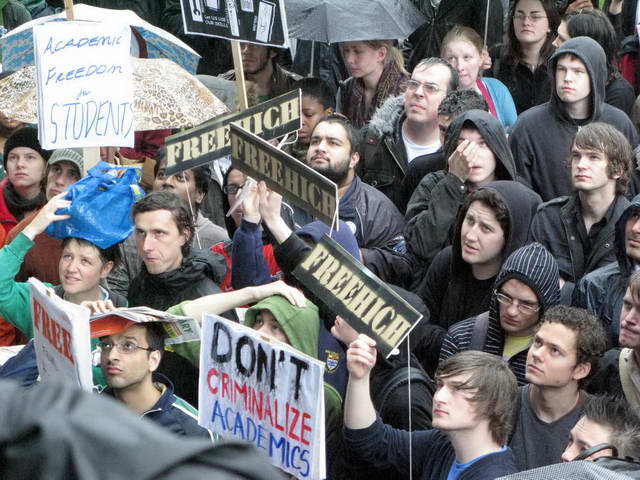 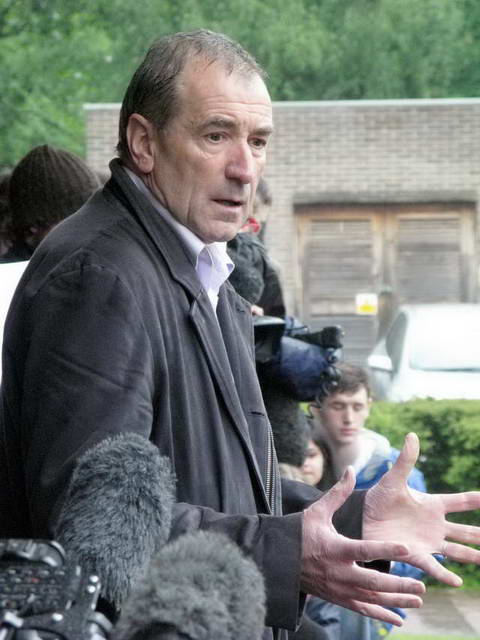 Strong concerns were voiced over academic freedom at the university, in addition to a focus of support and solidarity with one of the arrested, Hicham Yezza. Hicham’s arrest took place on Wednesday 14th May. Rizwaan Sabir, an MA Politics research student was also arrested. Both were released without charge six days later. It has subsequently become clear that these arrests, which related to so-called “radical materials” involved an Al Qaeda manual downloaded by Sabir from an official US Government website, as part of his dissertation research into political Islam, and emailed to Yezza for printing.

Hicham was then re-arrested on immigration grounds. Hicham was re-arrested under immigration legislation and charged with offences relating to his immigration status. On Friday 23rd May, the Home Office informed his solicitor that he was being removed on Sunday 1st June and Hicham was moved to an immigration detention centre. He now faces imminent deportation to Algeria without due process.

The demonstrators say they are demanding that the university offers full support to their employee, Hicham, who has made immense contributions to Nottingham life. The event successfully highlighted the outrage felt by large portions of Nottingham over the Home Offices’ rushed and unjust attempt to deport such a valued member of the academic community, without a fair haring in a court of law.

Al Qaeda Training Manual [US Dept of Justice] this is what the fuss is all about, as you see, it is a publically available document.

Hundreds Join Demo for Academic Freedom and Against Deportation [Feature]