CYPRUS has been named as a summer camping destination by two European far right political organisations.

The National Democratic Party of Germany (NPD), led by Udo Voigt, is considered to be a de facto neo-Nazi organization.

The NPD has had a turbulent history marked by a federal government bid to ban it in 2003, while a year later it won 9.2 per cent of the overall vote in the Saxony state election. 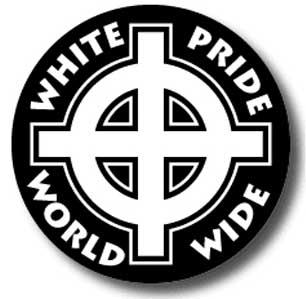 Forza Nuova (FN) or New Force, an Italian neo-fascist party led by Roberto Fiore, is singled out by experts as “the largest and most active extreme right group” in Italy.

“They have made official announcements as to common activities throughout Europe and Cyprus is included,” EDON’s General-secretary Christos Christofides told the Mail.

“They decorated their announcement with nationalist and racist garnishing about how Cyprus has been overtaken by Muslims and how Greek Orthodox churches have been destroyed in the occupied areas.”

NEDISY President Christoforos Fokaides said that, “we’ve seen neo-fascist activity arising intermittently in the past. I can confirm that these two organisations are indeed planning to come to Cyprus in the summer.”

The NPD-FN announcement was shrouded – deliberately it seems – in an air of secrecy.

“It is understandable why they would not be specific as to when they want to come,” Fokaides added, implying that the organisations did not want to provoke any reaction that would potentially annul their trip.

Did the NPD and FN have contacts in Cyprus?

“I imagine that they are in contact with Chrysi Avyi [Golden Dawn] members,” Christofides said.

Chrysi Avgi is an extreme right nationalist organisation based in Greece which is thought to have pockets of support in Cyprus as well.

Fokaides told the Mail that, “we don’t know who they are co-operating with. The information we have is from abroad, but we will wait and see if local fascists express themselves in relation to the matter.

“The issue is whether locals here are organised into groups or not. We do know that the NPD and FN are very well-organised.”

Christofides and Fokaides highlighted the criminal elements tainting these organisations.

“These organisations are dangerous. Some of their members have committed serious criminal offences in their home countries,” said Christofides.

Fokaides cautioned that, “we have to be careful how we go about this since freedom of expression is protected by law.

“Our concerns are centred on the fact that these organisations contain criminal elements, disseminate untruths and incite violence.”

Both leaders said a press conference would be held next week in which a common statement with other youth groups and other social partners is to be released.

“Our aim is to act preventively and as a whole,” Christofides said.

“We want to mobilise people against this phenomenon. One reason why, historically, fascism gained a foothold in interwar Europe was because it was not met with popular resistance.

“The best way to counter fascism is via a popular movement.”