Over 100 people attended a public meeting organised by the LGC on Saturday 31 May concerning the plight of Binyam Mohamed, a British resident currently facing a military tribunal and potentially the death penalty at Guantánamo Bay 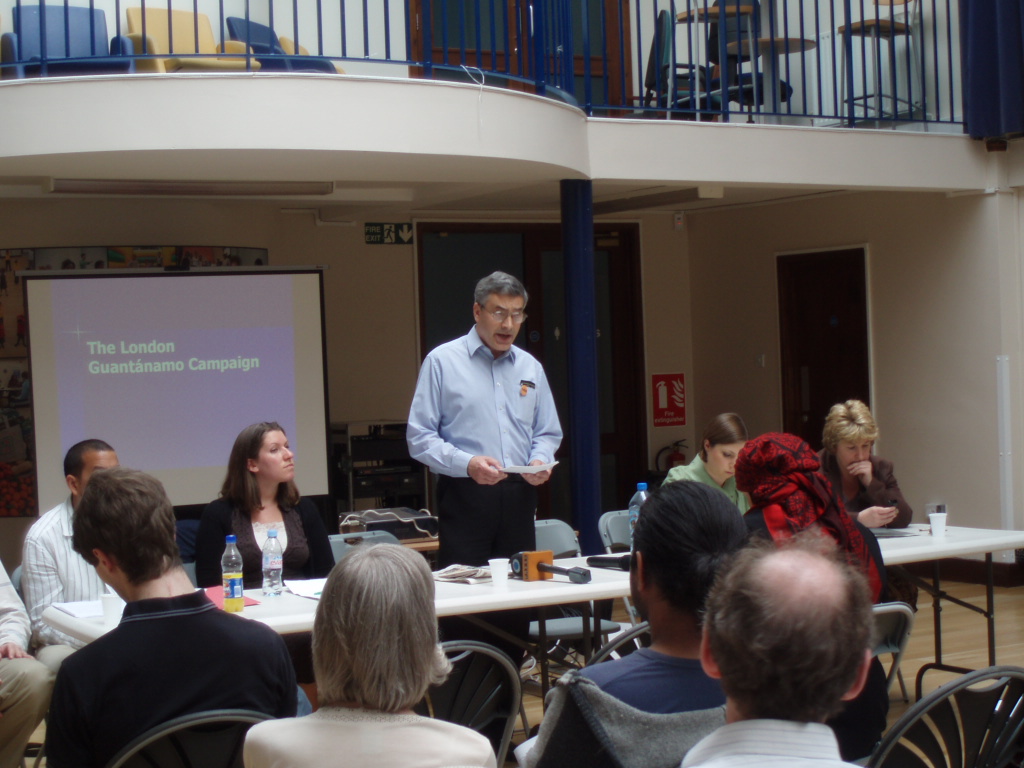 At the start of the meeting, David Harrold speaking 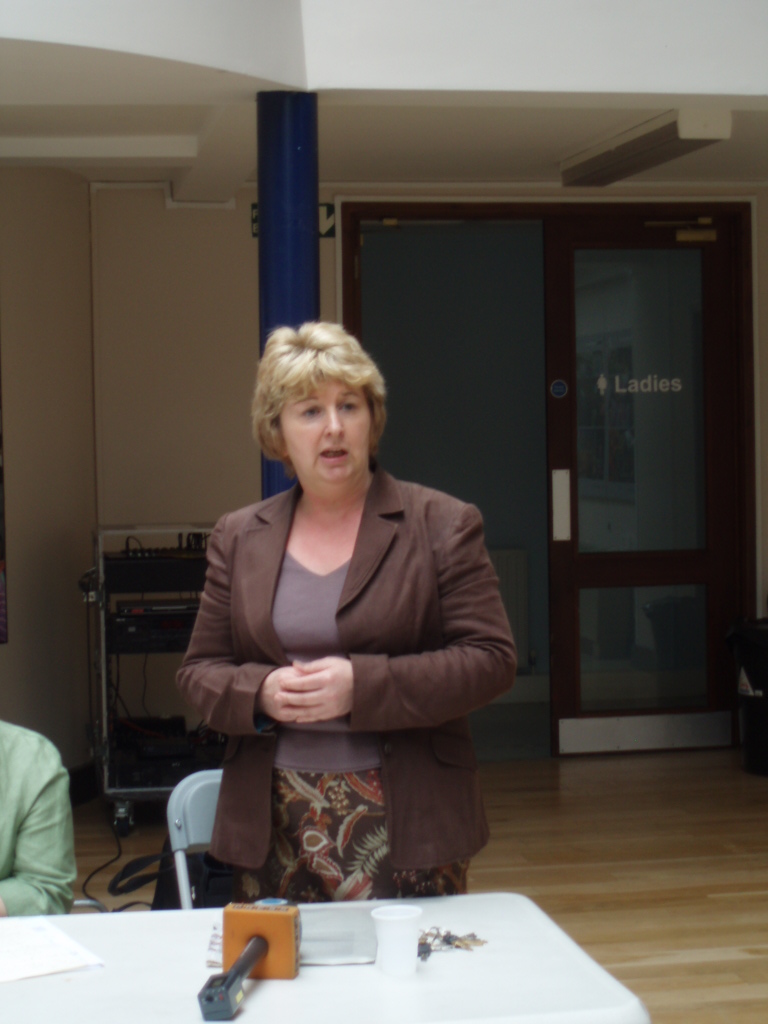 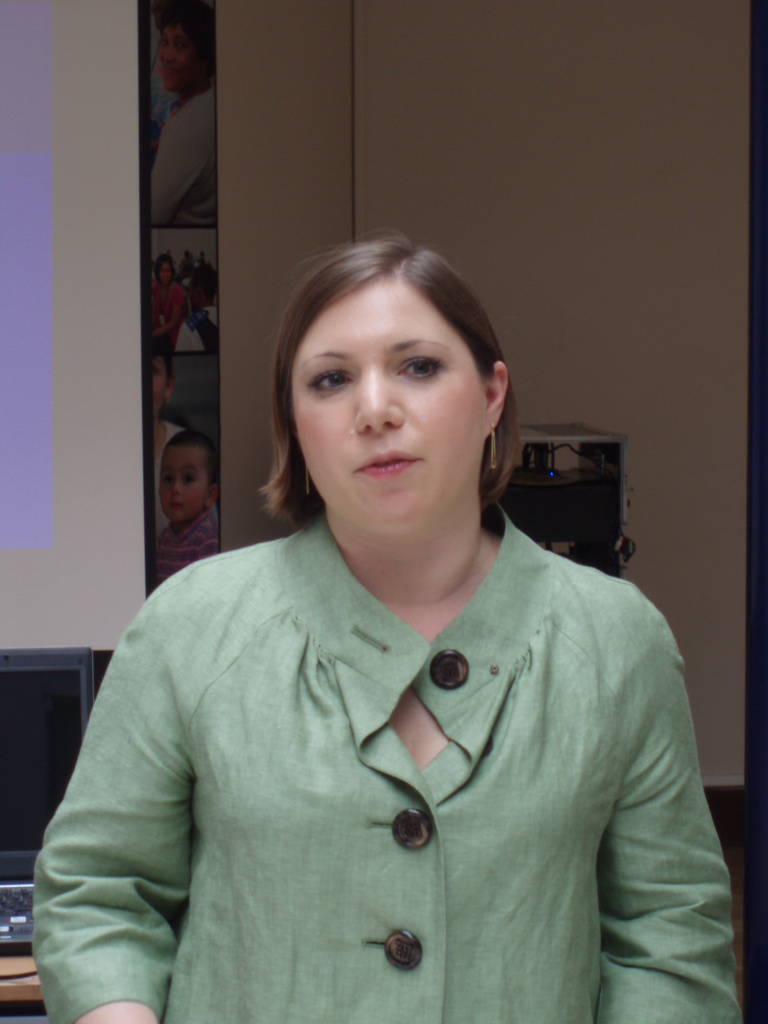 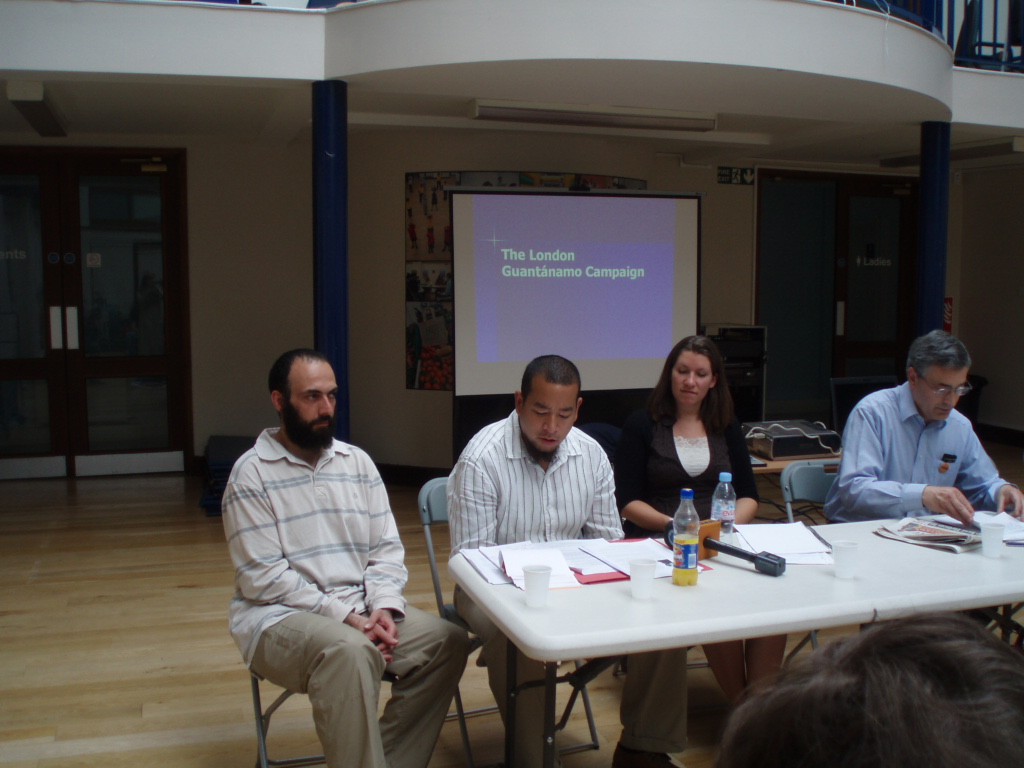 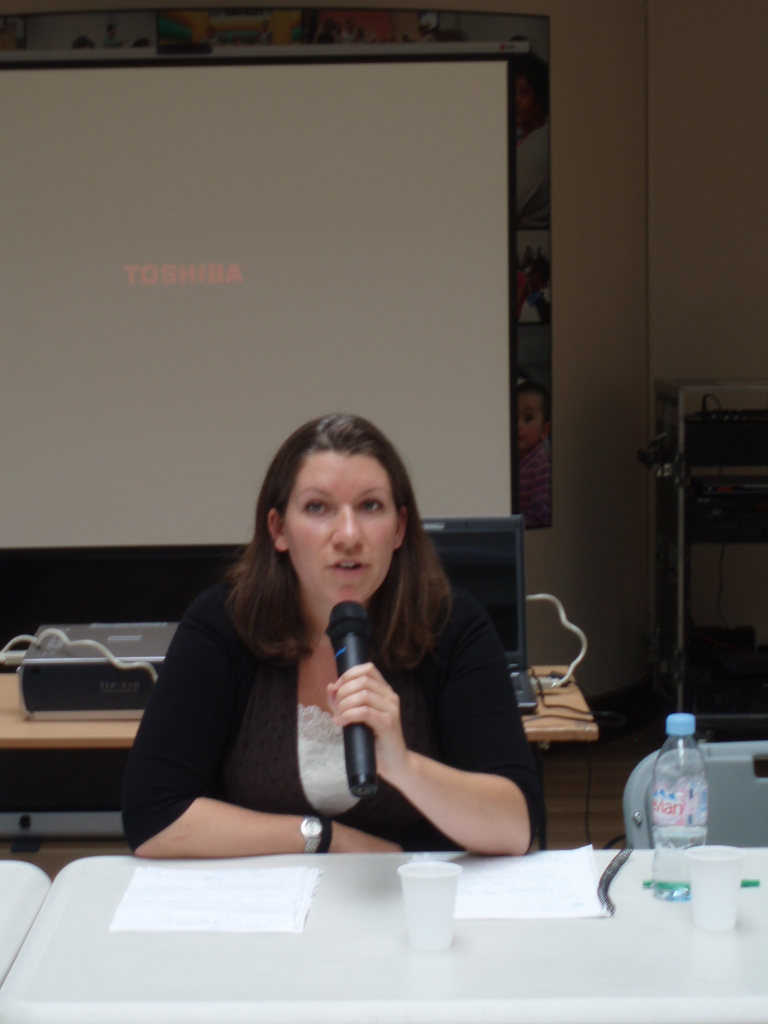 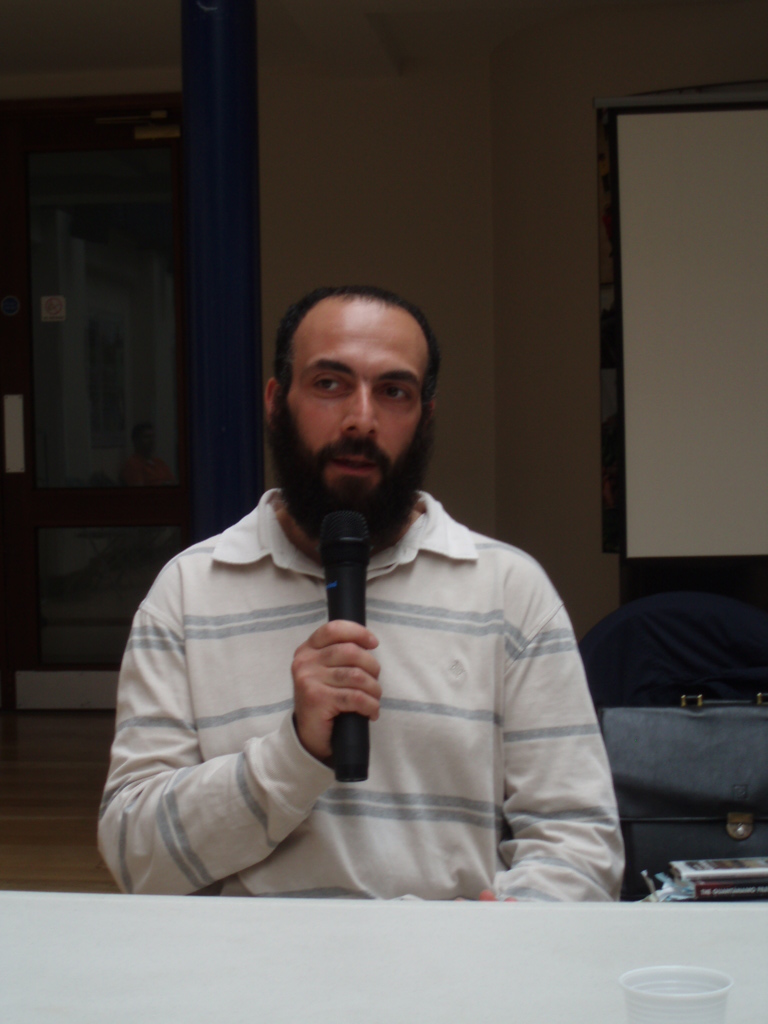 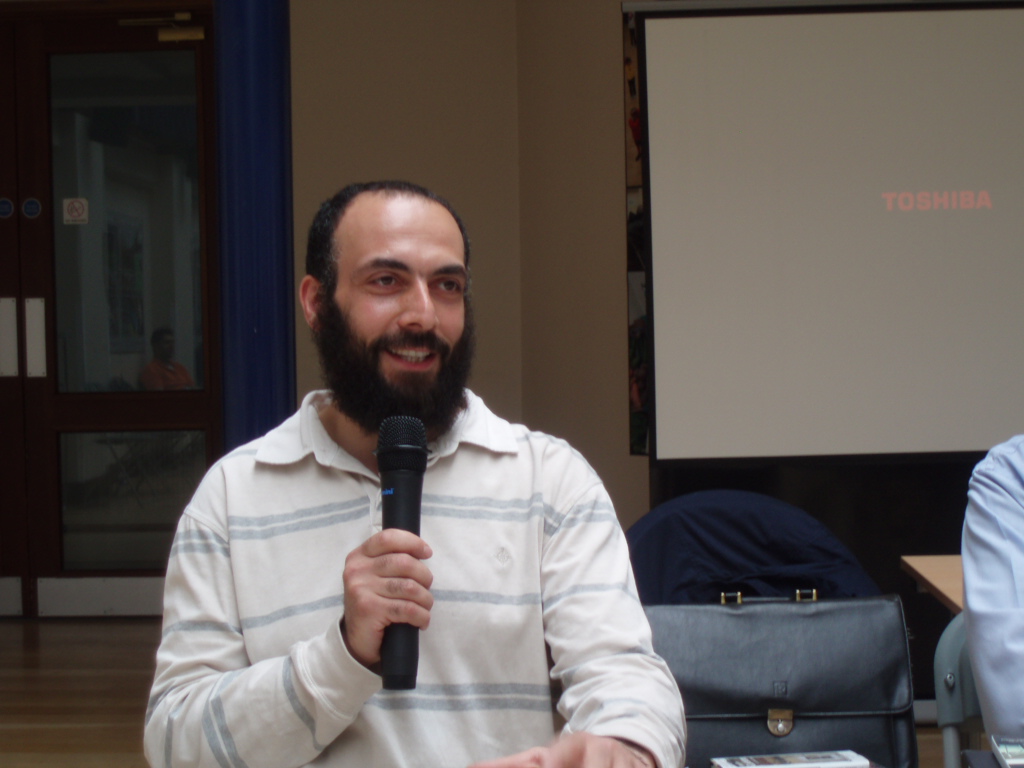 In November 2005, based on the torture he was subjected to in Morocco, Binyam was charged with conspiring to plot attacks against the US. Although he faced a preliminary hearing, he was never fully tried. Along with four other British residents, his release and return to the UK was sought by the British government in August 2007. Although three of these men returned to the UK at the end of 2007, Binyam remains in Guantánamo Bay as the US is refusing to release him. On 30 May 2008, he was charged with terrorism-related offences and is due to be brought before a military tribunal at Guantánamo Bay. These trials have been described as “kangaroo courts” by Lord Steyn. Binyam currently faces the prospect of the death penalty and is unlikely to receive a fair trial at Guantánamo Bay. His lawyers claim that he is in a very fragile mental and emotional state, is suffering from depression and has taken to smearing the walls of his cell with his own faeces. On Friday 30 May, a letter from Binyam was delivered to Prime Minister Gordon Brown in which he stated that he was currently contemplating suicide as “that would be one way to end it I suppose”.

On Saturday 31 May, over one hundred people attended a public meeting organised by the London Guantánamo Campaign at the Beethoven Centre, Queen’s Park, in west London, close to where Binyam spent seven years of his life, to raise awareness of his plight.

Chaired by David Harrold from the London Guantánamo Campaign, the first speaker was Karen Buck, Binyam’s MP. She spoke about the need for due process regardless of the circumstances and personal context of Binyam’s case. She reported that she is currently working with Reprieve, the legal charity representing Binyam, and the Foreign and Commonwealth Office. She has written to the Foreign Secretary and the American ambassador to the UK to seek answers regarding Binyam’s plight and will be making direct representations to the Prime Minister given the charges brought on Friday 30 May. She emphasised the need for due process and respect for the rule of law by all. She described Guantánamo Bay as an “aberration”, an “abomination” and “ineffective”.

Ms. Buck was followed by Sarah Teather MP, chair of the all-party parliamentary group on Guantánamo Bay, who led a tireless campaign for her constituent Jamil El-Banna, one of the men whose release was sought along with Binyam’s in August last year and who returned in December 2007. Ms. Teather said that it was hard work for MPs to get their constituents returned from Guantánamo Bay. She urged concerned individuals to write to their MPs, even if they had done so before, to pressurise the government to act. The government must also get other countries to act to take back their residents too. She stated that it is very important that everyone work together to seek the release of Binyam and other detainees at Guantánamo Bay.

Chris Chang from Reprieve then addressed the audience. He started off by reading a letter from Binyam delivered to Gordon Brown on 30 May. In his letter, dated 22 May 2008, Binyam reported that he had been held “without trial by the US for 6 years, 1 month and 12 days. That is 2,234 days (very long days, and often longer nights)”. He stated that it is “long past time to end this matter” and urged the government to act to help him. Mr. Chang reminded the audience that the government had actually agreed to allow Binyam to return to the UK last year and that he should be allowed to return. He described Binyam’s experience since he capture as a “horrendous journey” through Morocco, Afghanistan and finally onto Guantánamo Bay where his ordeal is ongoing. He described the “military tribunals” at Guantánamo as a “true loss of hope” as there was no hope of a fair trial. Reprieve does not believe that this will be a fair process at all. He reported that Binyam would like to return to the UK and if there are charges against him that he be tried here. He urged the public to keep up the pressure on the UK and US governments and to keep Binyam’s story in the public eye. Reprieve believes that Binyam’s trial is politically motivated.

Before the final two speakers, there was a brief interlude during which the hard-hitting American documentary film Outlawed, about extraordinary rendition, focusing on the stories of Binyam Mohamed and the German Khaled El-Masri was shown.

Camilla Jelbart from Amnesty International then spoke about the disregard for international law shown by US justice in the “war of terror” and the extraordinary rendition programme. She criticised other countries for their collusion in the programmes of “illegal and secret detention”. She described military tribunals as another example of the disregard for the law as detainees are unable to challenge their detention – the right of habeas corpus is suspended – and there is a lower threshold for the admission of evidence. Ms. Jelbart stated that the British government must do what it can to bring Binyam Mohamed back to the UK and ensure his treatment is legal. She urged the public to write to their MPs and pressurise the government to come clean about its role in the extraordinary rendition programme.

The final speaker was Bisher El-Rawi, a former detainee and Iraqi national who returned to the UK in March 2007. Regarding Binyam’s letter to the Prime Minister, Mr. El-Rawi stated that it was a “cry from people who are hurt, who are being hurt everyday and whose suffering continues”, regardless of media reports that the situation is improving for detainees. He stated that the US as a world leader has shown a unique level of meanness at Guantánamo Bay and that Guantánamo itself is quite unique. He described it as a “really horrific place, that destroys people, a bit at a time, day by day”, destroying their mental and physical health as well as their characters. He reported that Binyam’s story, which he had been reluctant to share when he first arrived at Guantánamo, really was one of the worst ordeals any detainee had been through.

The London Guantánamo Campaign, in response to the charges, used the meeting to start new actions to help secure the release of Binyam Mohamed. Binyam will be 30 years old on 24 July and the LGC will be holding a demonstration opposite Downing Street on that day at 6-8pm to call on the government to bring Binyam home. The LGC is also urging the public to send Gordon Brown birthday cards around that date calling on him to act to release information that the government has which would secure Binyam’s release. The LGC is also urging the public to write to their MPs, the Foreign Secretary and the Prime Minister to ask them to take immediate action to seek the release of Binyam Mohamed and his return to the UK. By allowing Binyam to appear before a military tribunal, the British government is condoning the death penalty and an unrecognised “legal” process.