For the Food & Climate Change day of action, Whitechapel Food Not Bombs and Brixton Reclaim Your Food teamed up to serve free vegan food in front of a Mac Donald's in Camberwell 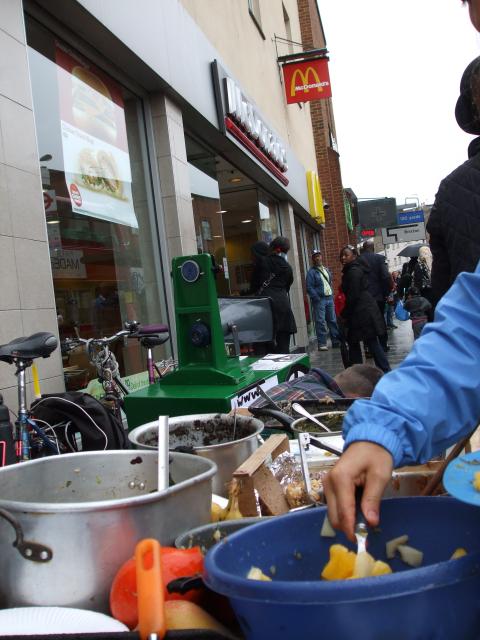 The groups had a stall right in front of a Mac Donald in Camberwell for two hours, serving out freshly skipped, lovingly cooked free vegan food to passers by, and engaging people in conversation about the link between the food they eat and climate change. For good measure, the group was accompanied by a bicycle sound system, to liven up the atmosphere.

All in all, over a hundred servings were given out, countless more people saw the stall and were given leaflets highlighting some of the links between food and climate change on the following topics : waste ; veganism ; organic food ; locally produced food.

The menu included a spicy mash, a curry, a pumpkin soup, a salad, some guacamole, some stuffed aubergines, some veggies burgers, an apple cake, a fruit salad and more.

Unsurprisingly, the Mac Donald's managers weren't too happy about people giving out free food in front of their window shop - but the police seemed to decide otherwise. The groups were asked to remove a banner from the Mac Donald window shop, but were otherwise permited to stay there as long as there wasn't too much obstruction. 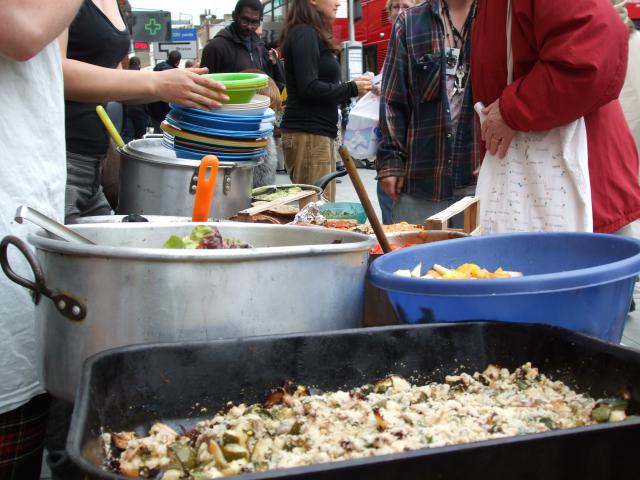 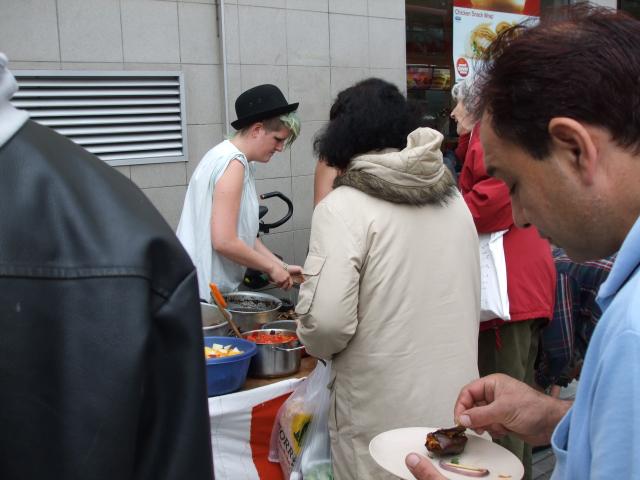 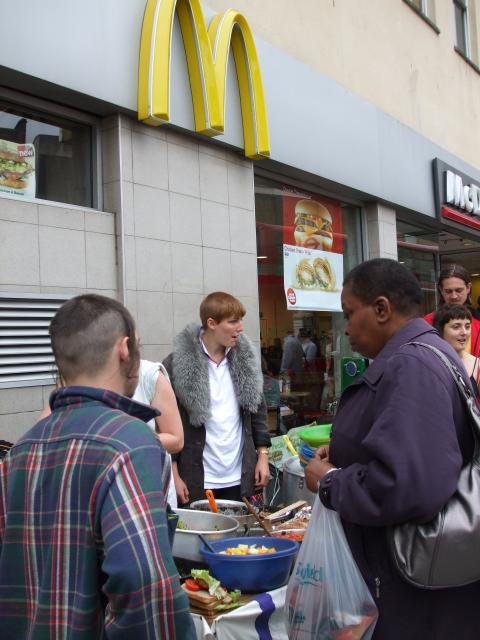 Here are some more pics