Solidarity demo at Broughton for Raytheon 9

Campaigners from Wrexham, Chester and beyond held a demonstration outside the Broughton Raytheon factory this afternoon in solidarity with the Raytheon 9. Meanwhile, back in Belfast, the defendants were acquitted of one of the charges against them... 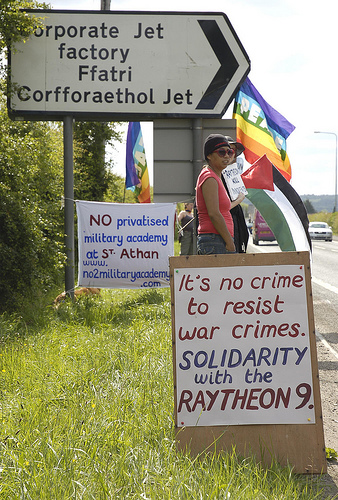 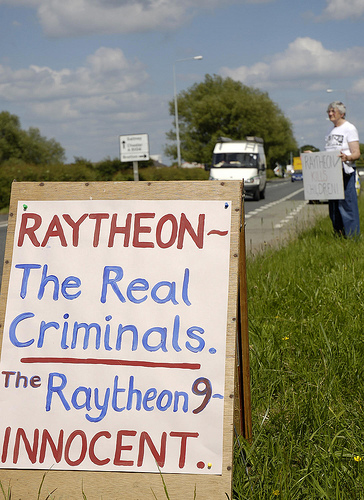 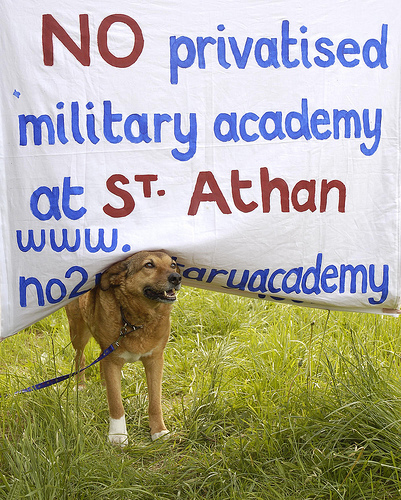 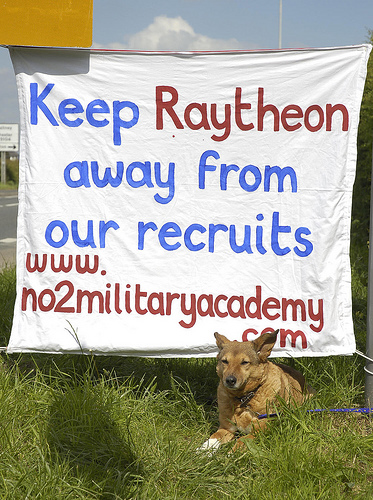 We don't want arms manufacturers training the military with our money 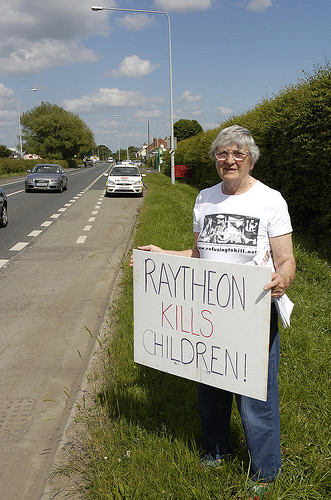 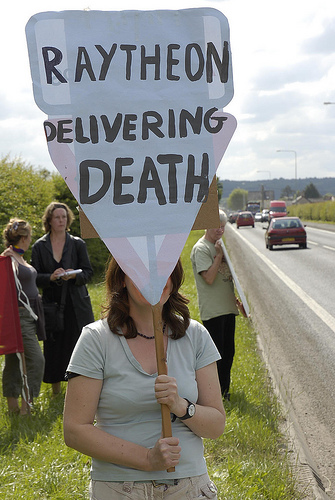 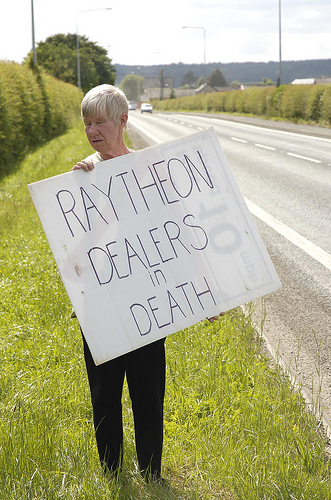 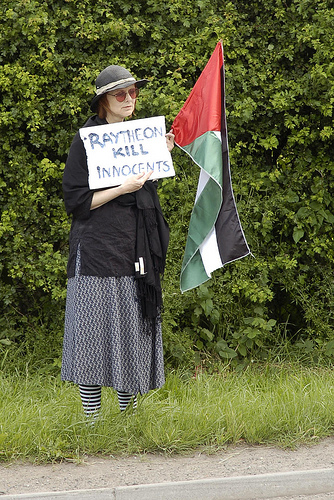 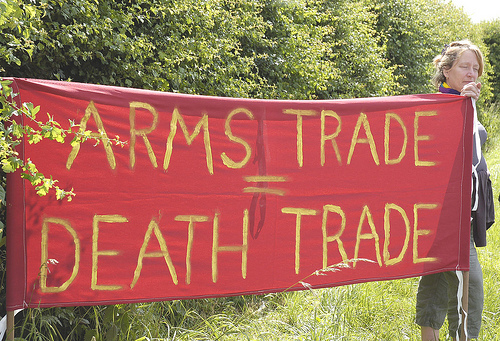 Raytheon - in the death trade 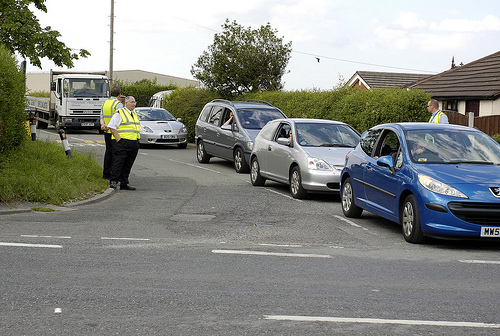 Members of Wrexham Peace and Justice Forum, Wrexham Women for Peace and others took part in a solidarity demonstration outside the Broughton Raytheon factory in Flintshire this afternoon. As well as showing solidarity with the Raytheon 9, the group were drawing attention to the involvement of Raytheon in the Metrix Consortium of arms manufacturers and the Open University which hopes to run the military "School for Slaughter" at St Athan near Cardiff.

The demo covered the two hours from 3.30 - 5.30 pm when hundreds of workers at Raytheon and neighbouring Airbus leave for home. We set up at the end of the narrow lane leading from the factory and which joins the busy Broughton to Saltney road. As the factory traffic queued to exit this lane, there was plenty of time for workers to read the placards and banners.

We were joined by Airbus security who were there to 'protect our workers' and by two cops who obviously haven't read the new North Wales police guidelines on photography...

"If a member of the public is taking pictures of an officer in a public place and it is causing concern to the officer, it is suggested that the officer approaches him or her to ascertain as to why the pictures are being taken, asking them if necessary, not to do so. If they refuse then the officer has no remedy unless and until the pictures are published when they can be considered in the context of the actual publication."

...and were threatening to seize the cameras of anyone daring to snap them.

Some local journalists on the trail of a rumoured lorry fuel demo also stopped by.

There were reports tonight that the trial against the nine collapsed today, but early reports on the web were later removed, apparently due to a gagging order by the court. [The text reporting the trial's collapse has now been removed by author of this article].

Here is some clarification of the situation re. the Raytheon 9 trial as of today (Thursday):

"Today, the Raytheon 9 were acquitted on the charge of affray. The trial in relation to the remaining charges of criminal damage has been adjourned pending an appeal. The appeal is being held as quickly as possible and a gagging order in relation to the issues under appeal is in place to preserve the integrity of the trial. Just as soon as we have any further definite news, the Raytheon 9 website will be updated."