On 31st May and 4th June, banner protests were held against plans to build the UK's first agrofuel power plant in Beckton, London. Around 500 local residents signed a petition against those plans, which was handed to the mayor on 2nd June (with around 100 further signatures having been added since then). The protests were organised by Biofuewatch and the London Food Not Fuel Group. 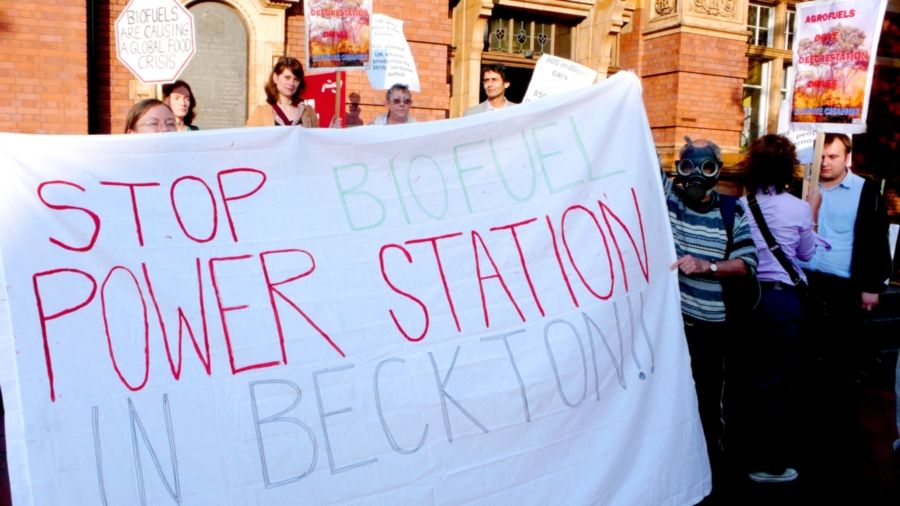 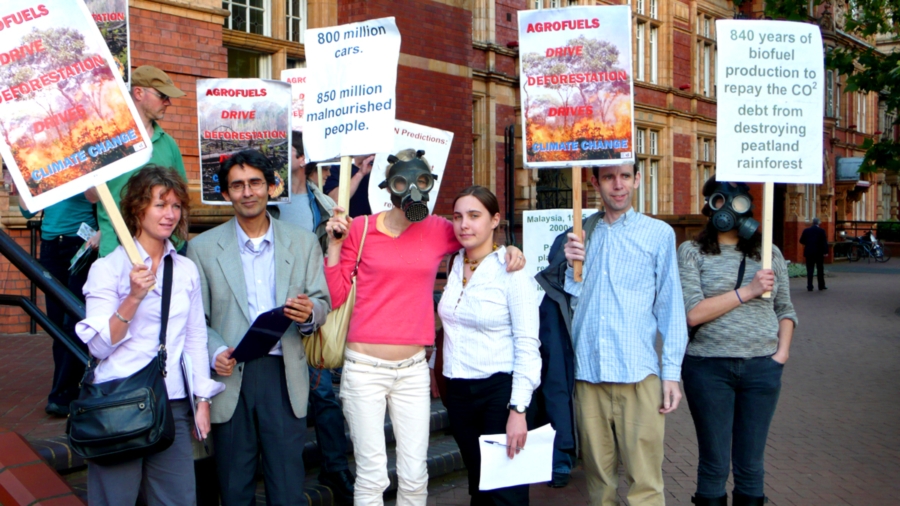 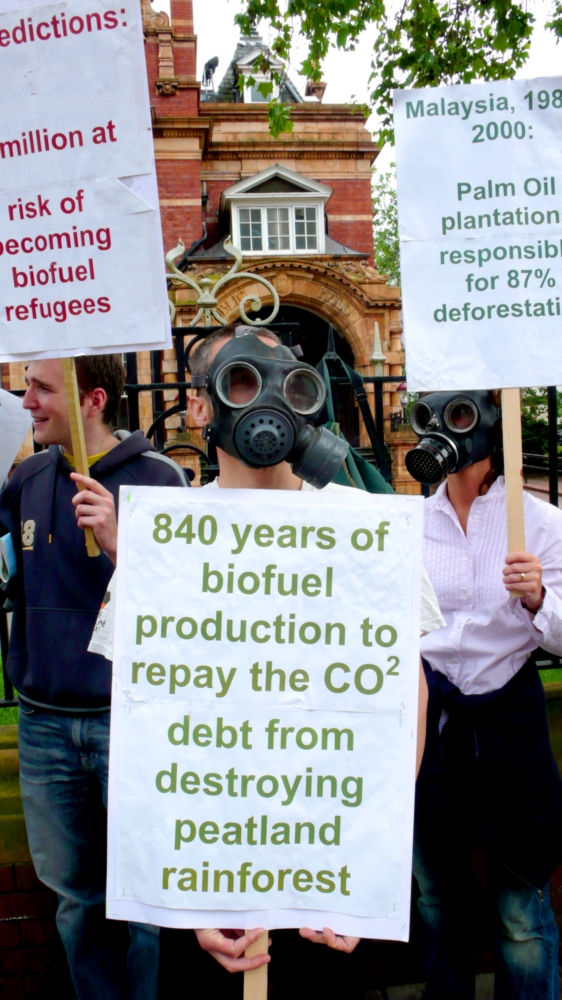 On 4th June, Newham Council recommended approval of the company Blue NG's planning application for an agrofuel CHP plant which would burn 56,000 litres of virgin vegetable oil per day, despite hundreds of residents having signed a petition against those plans, despite strong warnings that the plant threatens to worsen air pollution and its health impact in an area which already has one of the highest asthma rates in the UK, and despite the strong evidence that agrofuels from monocultures worsen climate change, help to push up food prices, and threaten biodiversity and communities' control over and access to land in the global South.

The company plans at least seven further such plants and, according to an article in the Independent on Sunday, as many as 43 in total. The final decision on the Beckton application is expected to be made by the London Thames Gateway Development Corporation this Thursday, 12th June.

For further information about the background and how to get involved in the campaign, see www.biofuelwatch.org.uk