Where: Trafalgar Square, in front of the National Gallery
When: 3 pm, Sunday 15 June
Who: Reprieve Director Clive Stafford Smith, former Guantánamo prisoners, Barney the Dinosaur and other special guests 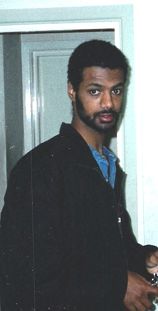 On Sunday 15 June, US President George W. Bush is visiting London as part of his valedictory world tour, and will be having tea with the Queen and dinner with Prime Minister Gordon Brown.

Reprieve, the legal action charity that represents over 30 Guantánamo prisoners, is using this opportunity to highlight the suffering of Binyam Mohamed, the London resident who remains in Guantánamo Bay. The US military has announced that it wants to put him through its discredited military commission process, and a final decision will be made in the next two weeks. The commission system is so corrupt that Col. Morris Davis recently quit as the chief military prosecutor, because of the system’s many flaws, one being that evidence derived from torture was going to be used against the prisoners.

Nothing could be more true of Binyam, who was taken to Morocco where his genitals were razor-bladed for 18 months. After that he was rendered to more abuse in the CIA-run “Dark Prison” in Kabul, where he was tortured psychologically, hung up and subjected to incredibly loud music for 20 days at a time. He has been imprisoned in Guantánamo Bay since September 2004.

The timing of President Bush’s visit to London is fortuitous but only if we can make sure that he gets the message. We are meeting at 3 pm outside the National Gallery in Trafalgar Square and are working towards a finale outside the Southbank Centre, where Massive Attack are hosting a series of Reprieve events as part of Meltdown 2008, at 4.30pm.

Throughout this initiative, Reprieve will dramatize the torture-by-music that Binyam and other prisoners have suffered. Barney the Purple Dinosaur will be making a personal appearance, as the theme tune to this popular children’s show has been one of the US torturers’ favourite pieces of torture music. We are also hoping to involve other creative “cartoon characters”: Katy the Kangaroo Court, and even Roger the Razor Blade. Cosmetics firm Lush, who have been supporting the work of Reprieve, have kindly agreed to bring along their massive “Fair Trial My Arse” orange underpants, to highlight the nature of the unjust process that Binyam is facing.

You don’t have to sing the Barney theme song with us (although you’d be welcome to!). Or you can dress up in any outfit you think dramatises Binyam’s torture over the past six years. We are also very keen for credible spokespeople to stand up for Binyam and demand that Gordon Brown place his immediate repatriation to Britain on the summit agenda.