A protest was held in Sheffield on 11th June 2008 by the Sheffield Guantánamo Campaign to highlight the situation of Binyam Mohamed, the last UK resident in the illegal US prison at Guantánamo Bay and is potentially facing the death penalty. 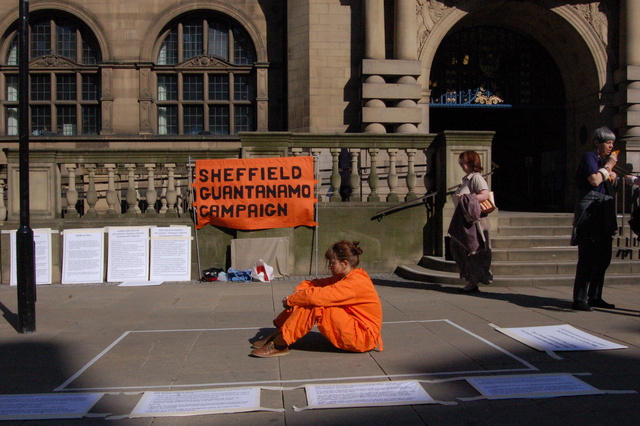 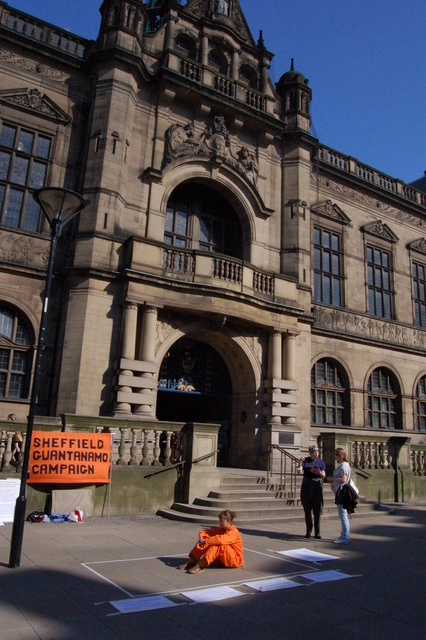 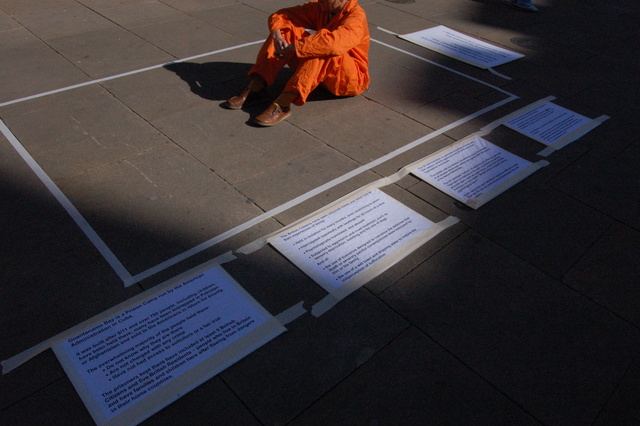 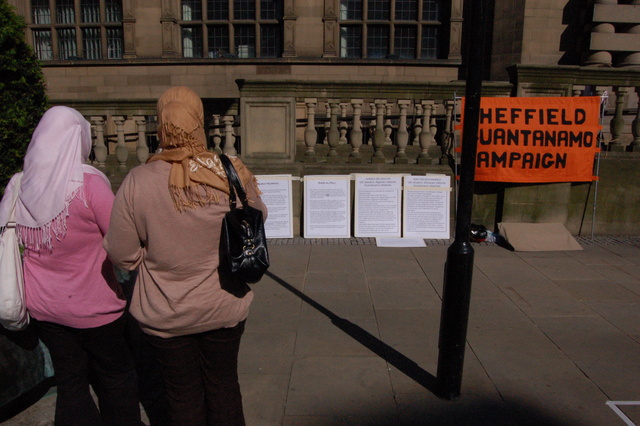 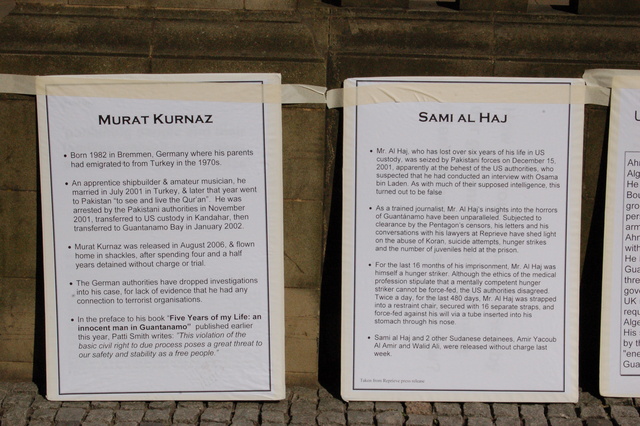 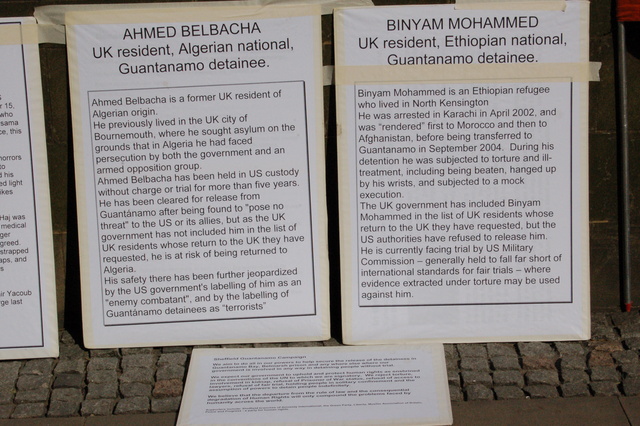 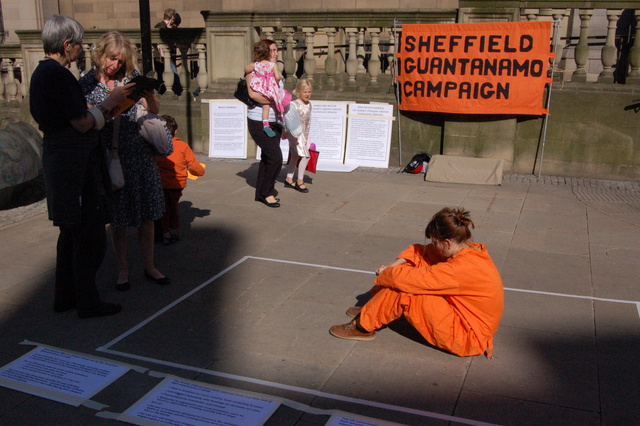 Some background about his case from

* Binyam Mohamed is a 29 year old Ethiopian who came to the UK in 1994 as an asylum seeker. He lived in Notting Hill, West London, for seven years.

* In June 2001, he travelled to Afghanistan to see whether it was a 'good Islamic country or not'. After 9/11, he left for Pakistan. In April 2002, he tried to return to the UK but was arrested at the airport. For the next three months, he was imprisoned by the Pakistani authorities.

* In July 2002, he was transferred to American custody. The CIA flew him to Morocco where he was held for 18 months, during which time he was subject to torture and gross human rights violations. He eventually confessed to being involved in the 'dirty bomb' plot targeted at the US with Jose Padilla.

* In January 2004, he was rendered to Afghanistan where he was held in Kabul's notorious 'Dark Prison' for five months where he endured further torture. The Americans then took him to Bagram and then Guantánamo Bay in September 2004 where he has been held ever since.

* In November 2005, he was charged with conspiring to plot terror attacks against the US; the evidence for this was procured through torture in Morocco. He had a preliminary hearing in June 2006 but his trial was halted when, later in 2006, the US Supreme Court ruled that the trials were illegal.

* In May 2008, charges were brought against Binyam and he currently faces the prospect of a military tribunal and, if convicted, the death penalty. He is unlikely to receive a fair trial at Guantánamo Bay.

* In recent months, Binyam Mohamed's physical and mental health has deteriorated considerably, to the extent that he has taken to smearing the walls of his cell with his own faeces. He is suffering from severe depression.

See also these articles about his case: