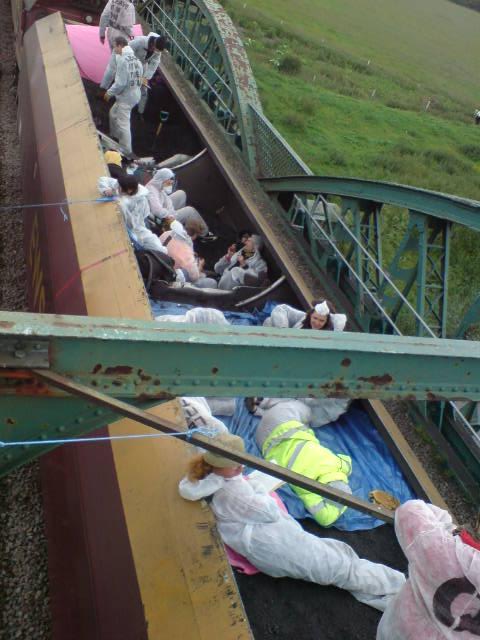 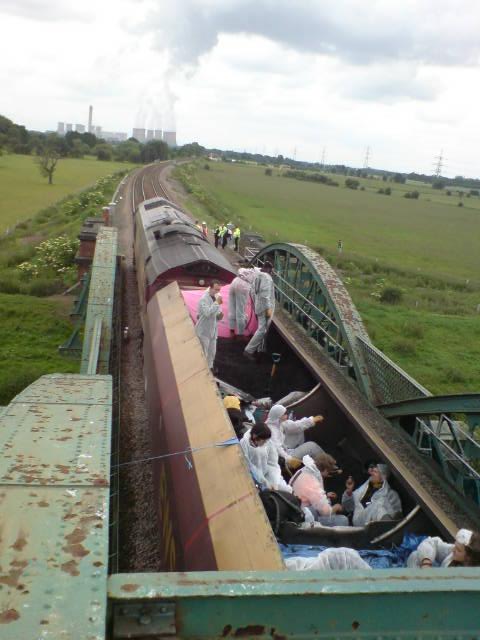 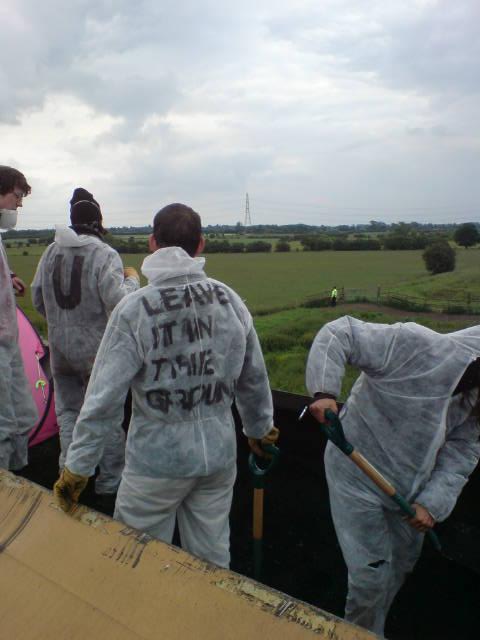 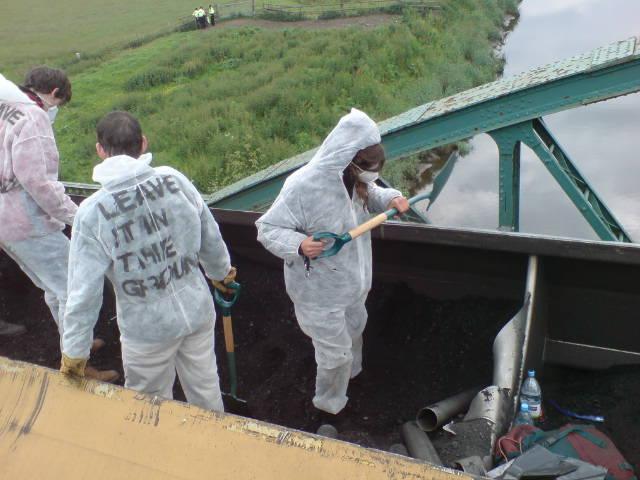 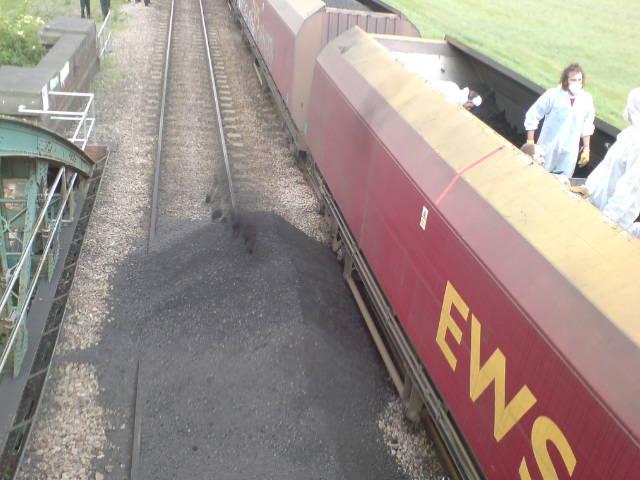 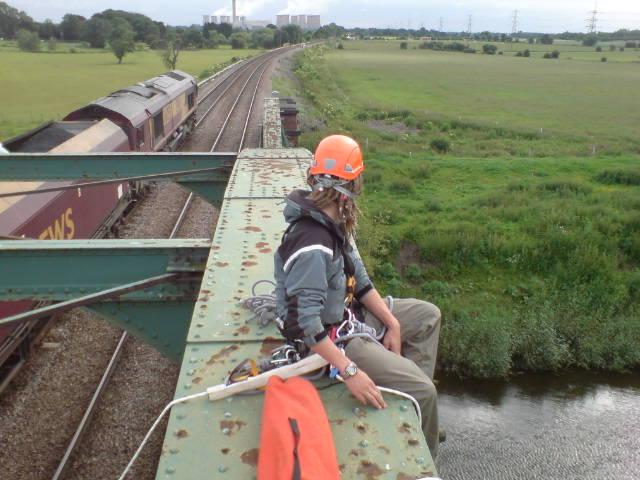 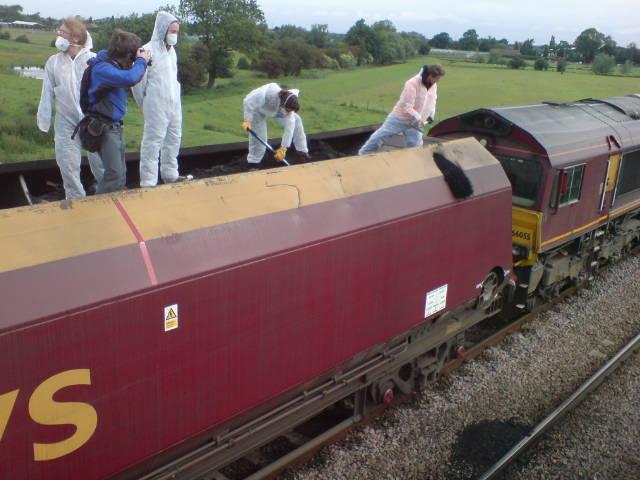 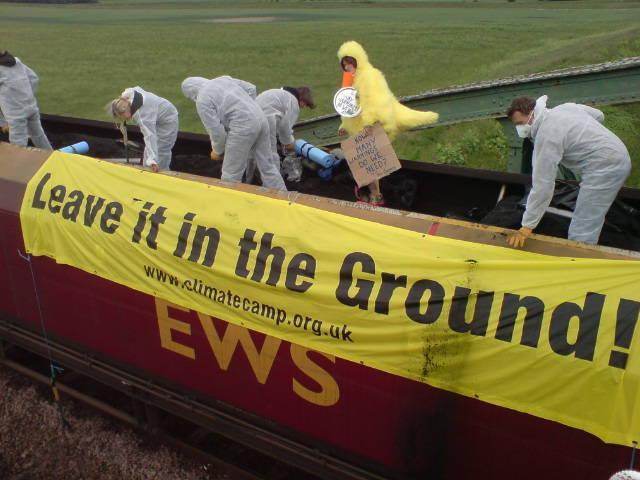 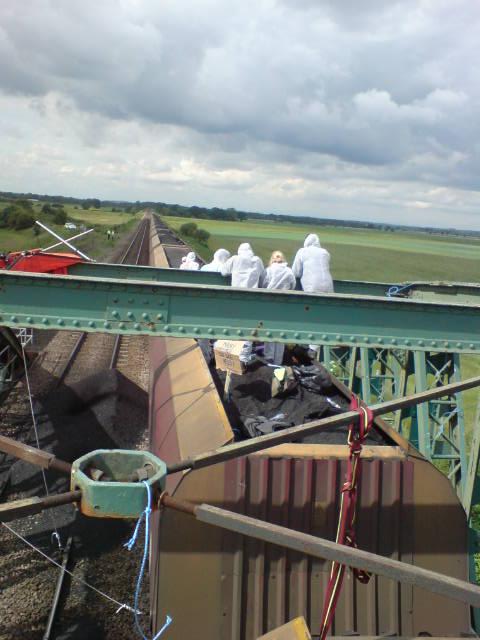 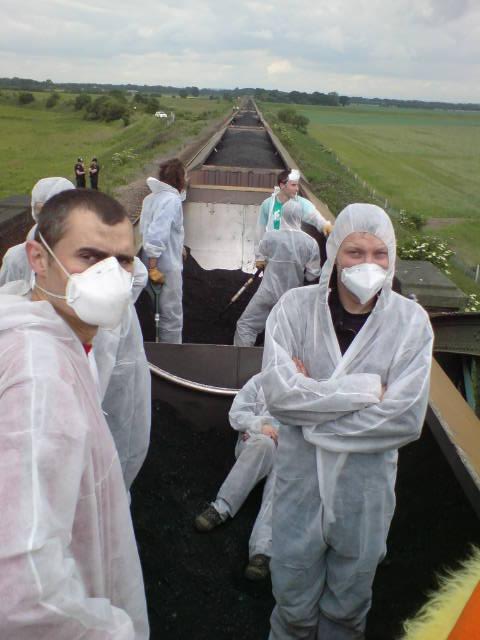 Media - Interviews are available with protestors: call 07944 367755
Photos from the protest at

Protestors have halted a coal train carrying fuel for Drax power station in Yorkshire, the single biggest source of CO2 in the UK. The protest comes six weeks before the 2008 Camp for Climate Action at Kingsnorth power station - which will also highlight how using coal to supply energy will be a disaster for the planet.

Dressed in white overalls and canary outfits, they used safety signals to stop the train on a bridge overlooking the power station, before climbing on board and dumping coal off onto the tracks.

The train has been stopped on a branch line used exclusively for delivering coal to Drax. Protestors have used a network of climbing ropes to suspend themselves under the bridge from the train - meaning any movement while the protest continues is impossible.

Great show guys! The power station is just across the fields from our school, so we've seen all the rapid response units from the police an everything, they even had the cheek to use our car park!
Not that it makes a difference but I had a row with several teachers who think this is a stupid idea, and i'm pretty sure I got my point across, but some people ar so damn stubborn.
That said I've seen plenty of support as I spread the news, so way to go all of you, wish I was there.

Absolutely brilliant action! For further info: this links in with a new direct action campaign "Leave it in the ground! " to stop the proposed massive new open cast coal mines to open up all over the country.

Actions have started to take place at a new coal mine in Derbyshire and at UK coal headquarters. More are certain to follow. Check out

http://www.earthfirst.org.uk/actionreports/derby) for how to get involved.

Mass Trespass at coal mine 26 May