Update from the 25 arrested, eleven people remain in custody and 11 others were released without charge. 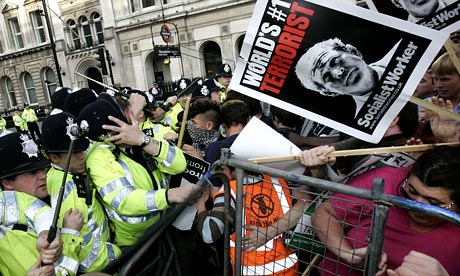 Protesters however suffered a lot worse, not to mention the children wounded and murdered by bombs dropped on them by Bush-Brown led wars - who the police were protecting.

Obviously if they had just let everyone march like was planned then it wouldn't of happened. Maybe they will learn from this lesson, maybe they won't.