While protesters were beaten and arrested at Whitehall, the police still had enough manpower and resources to take pictures and notes of individuals attending a public meeting, and eventually arresting two people for holding a banner. What's that smell? Not democracy. 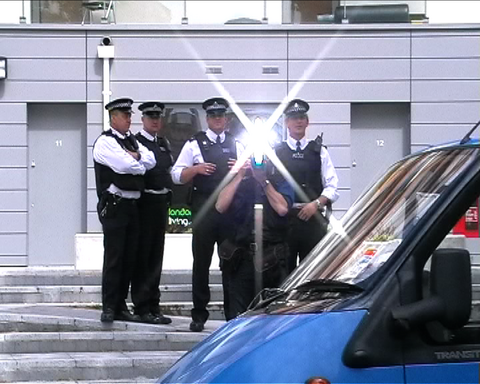 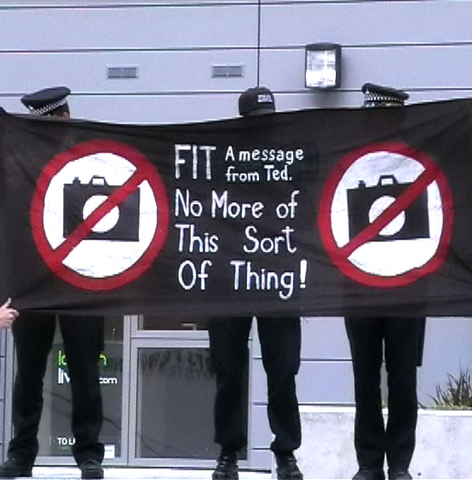 Banner with Hats and Legs 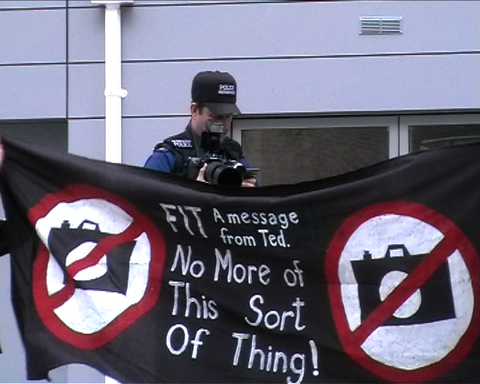 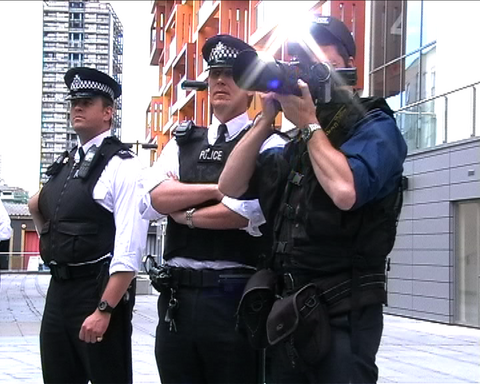 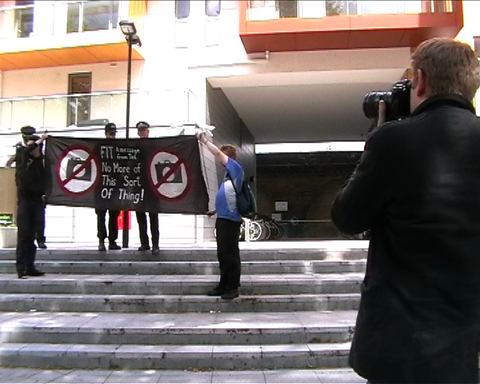 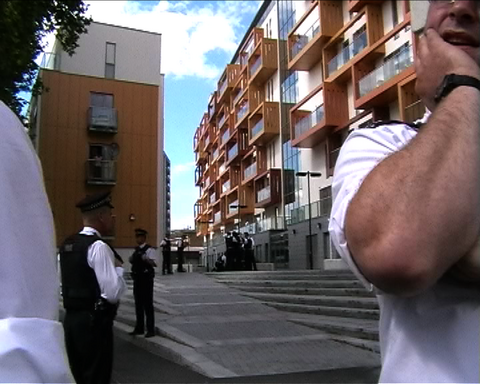 "you're an unknown risk until such time as we know otherwise" 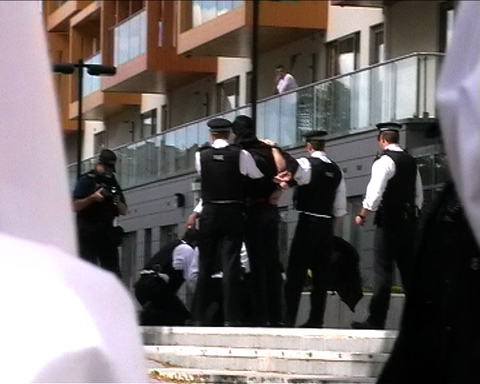 On Sunday, June 15, the londonfete assembled at Pullens Centre, near Elephant and Castle, to prepare the Days of Action in solidarity with the protests against the G8 in Japan. A protest outside the Japanese embassy and a day of multiple and creative actions in Croydon are planned. It was a public meeting, invitations were send out by email, distributed on leaflets and published on websites.

When the first person arrived to unlock the door, he was immediately surrounded by three police officers, two of them taking his picture and filming. Over the course of the next hour or so, every person walking in the door, standing outside or speaking to someone standing outside the door was being photographed and filmed by the infamous FIT, the Forward Intelligence Team of the police.

Locals got curious about the police presence in their street, and were for the most part amazed that the 9 officers and 1 photographer were there for the sole purpose of taking photos and notes of all individuals participating in a public meeting. It is clear that this is unacceptable for a so-called democracy that signed the Human Rights Charter. The Human Rights Charter, amongst other things, includes the Freedom of Assembly.

A couple of people were holding up a banner in front of the fotographer, reading: "FIT - No More of This Sort Of Thing!" When the meeting started later, they stayed outside with their banner. A little while after the meeting had started, shouts could be hear through the closed windows, the banner holders were being arrested. The police stopped everyone at the opposite end of the place, stating: "Anybody is potentially a danger, you're an unknown risk until such time as we know otherwise" effectively turning the basic principles of the justice system upside down. Whatever happened to Innocent Until Proven Guilty?

This level of harassment and intimidation at a public meeting is unacceptable. Having a level of surveillance, that allows the police to get information about which individuals are attending what meetings does not feel like democracy. The right of free assembly and expression becomes undermined by attempts at intimidation such as this.

While protesters were beaten and arrested around Whitehall, they got some more overtime by also policing a meeting. How much do these hours cost them? And don't they have something better to do? Like for example, doing something about the sort of crime that people actually get harmed in? 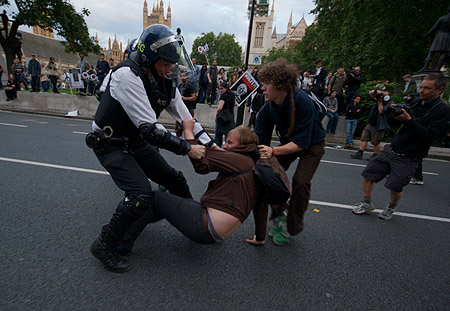 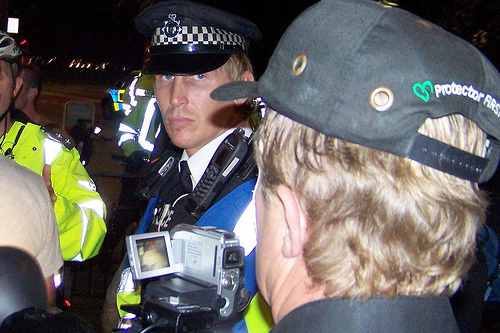 The blonde cop on the right in the 1st and 4th photos is MD862 Pritchard who was later spotted snatching several people at Parliament Square.

@A21 it's naive to hood up when you're in a small group and likely to be unmasked/arrested, it just provides the police with a photo of you hooded up!

Also FITwatch isn't a team, it's a tactic.