No doubt supremely jealous of animal rights folk meeting together, socialising , drinking lots of tea, helping on the sanctuary and of course workshops the police decided to get their own national gathering together. Being too wimpy to actually camp local hotels (so our sources tell us) burst at the seams with police at the bar, at the gym and comparing camera lens sizes with one another at every opportunity. 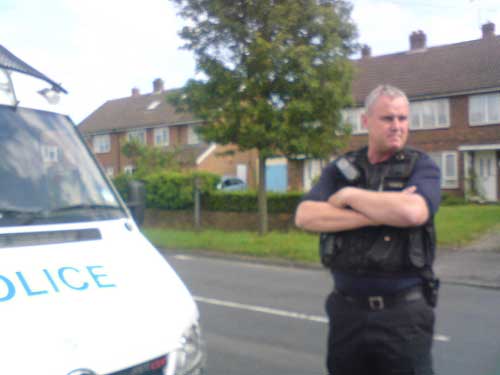 Sorry for the blurry pics... 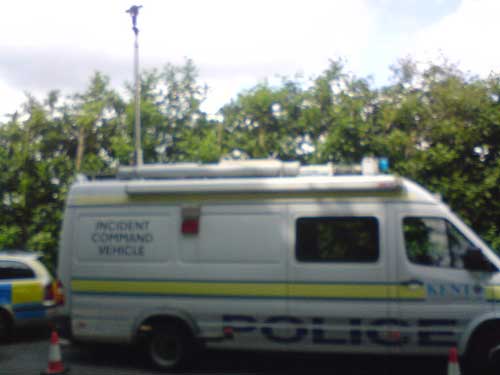 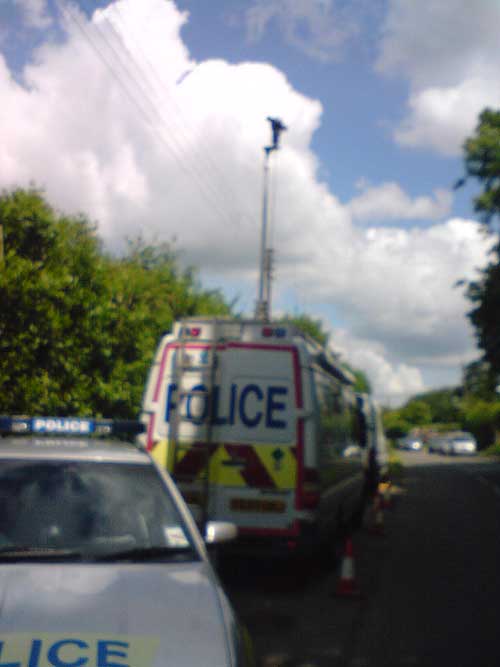 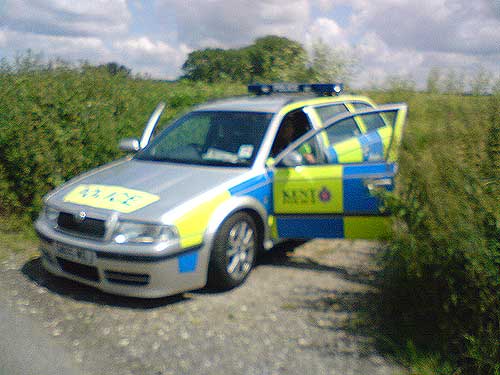 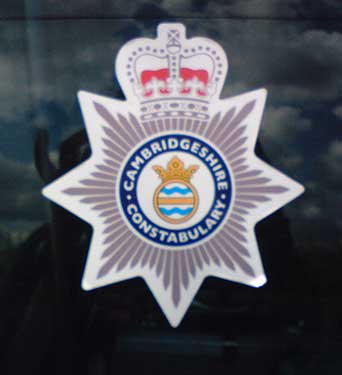 The Netcu “briefing document” was very much in attendance but we only caught glimpses and they would not let us have a proper read of it. Now remember this “briefing document” (we believe) was heavily criticised by West Mercia police professional standards as legally wrong, officers made unlawful arrests after referring to the handbook and the force had to pay out £25,000 to Sequani activists. The handbook obviously said that it was lawful to arrest someone for failing to give a name and address under section 50 of the Police Reform Act 2002 on suspicion of behaving in an “anti social” manner simply for being present on a peaceful demonstration and indeed an activist was arrested in Cheltenham a week ago by officers with this document in their possession. Aggravated trespass and Section 42 7A Criminal Justice and Police Act (failure to comply with police direction to leave “home demonstration” ) have also resulted in unlawful arrests at Sequani in which the flawed advice of this handbook featured prominently. So if any police officer would like to send us a copy (you know where we live) so that we can correct the mistakes and stop any further embarrassment then feel free. Alternatively keep making unlawful arrests we could do with the cash.

Kent police were joined by Essex, City, the Met’, Surrey, Hertfordshire, Cambridgeshire, South Yorkshire, Central Scotland, Hampshire and Thames Valley a fifth of all forces in England, Wales, Northern Ireland and Scotland. Local officers had all leave cancelled which on father’s day was (we think ) rather cruel and sincerely hope that they go on strike, leave Kent police or at least write lots of scathing blogs www.coppersblog.blogspot.com (maybe one of them will send us a copy of the netcu handbook). Their chums from around the country prowled around East Peckham photographing people and other stuff in an attempt to gather information and to intimidate. They failed miserably.

Kent traffic police were given any passing motorist to play with as traffic controls (featuring deck chairs for the officers) were set up a hundred yards in both direction in order to annoy local people and to stop every animal rights car. Strange how just by pure “coincidence” that random traffic stops are becoming routine when there are animal rights people in the vicinity because they have done this outside Sequani as well. Please note well producers were not given to anyone, the police phoned through to the insurance company directly and if the computer said no then some vehicles were impounded! Needless to say making sure that MOT, road tax, insurance and other stuff like tyres are all correct is fundamental to ensuring that the police do not get the pleasure of handing out fines/ points on licence/impounding vehicles etc as they will try very hard.

Whilst the police were on the main civil the size of the operation and its intent must be challenged. Photographing people including children attending a private legal event was intended to provoke and intimidate. The police are paid by the ordinary person through forcible taxation to at least pretend to protect the public from crime not attend boys weekends away. Questions should be asked by those who reside in each of the forces involved (especially Kent police)as to why public resources were diverted from the public to oppress ordinary decent people either as residents of East Peckham or as activists. For instance Julie Spence Chief Constable of Cambridgeshire is often bemoaning the fact that her coffers are bare so why were 4 of her officers in Kent for an entire weekend? Who on earth decided that it was a good idea to a) alienate their own officers by cancelling leave for no reason b) try to antagonise animal rights people c) antagonise the local community d) invite a fifth of all forces to join in the jamboree e) spend what must amount to hundreds of thousands of pounds on this farce? Maybe they should be demoted to CSO status?