Report of fitwatch at sundays demo 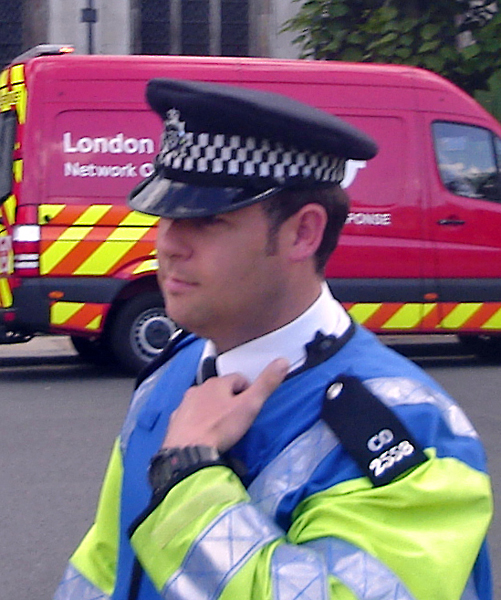 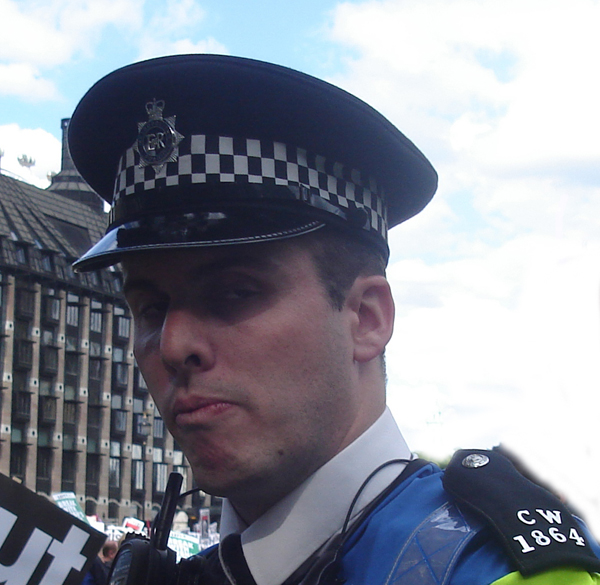 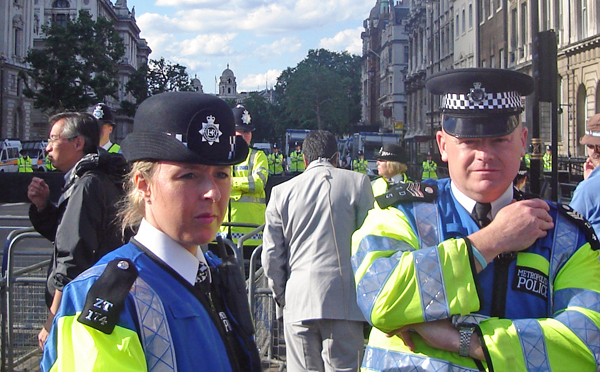 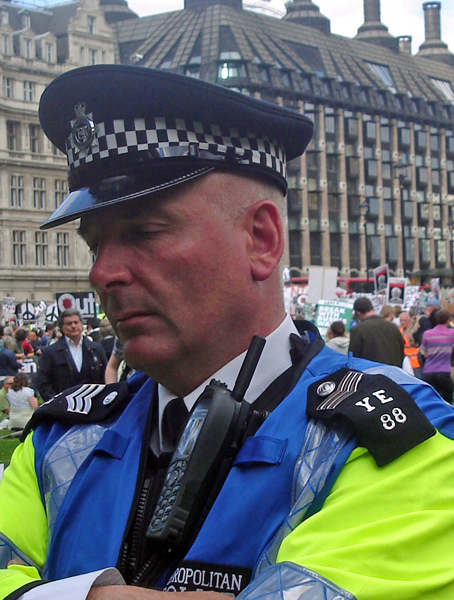 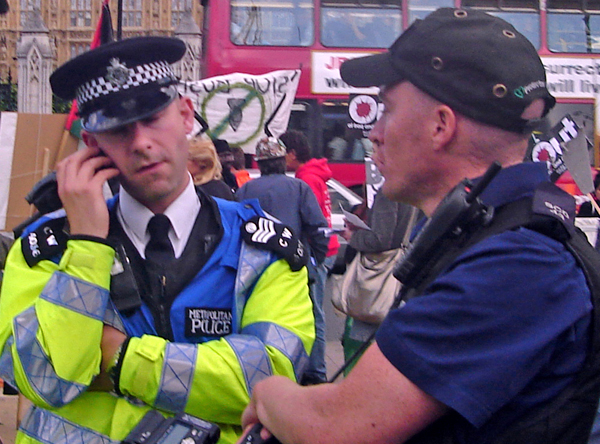 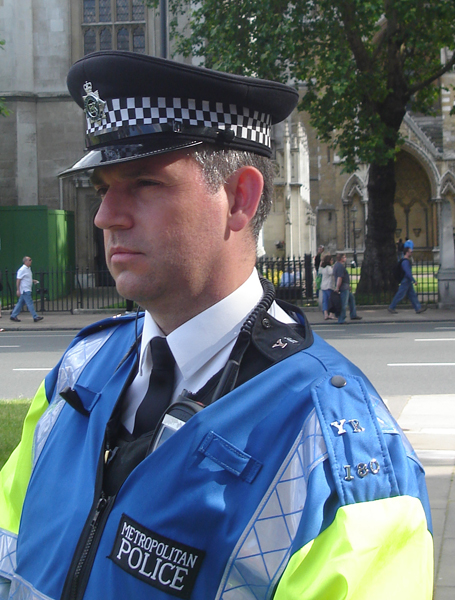 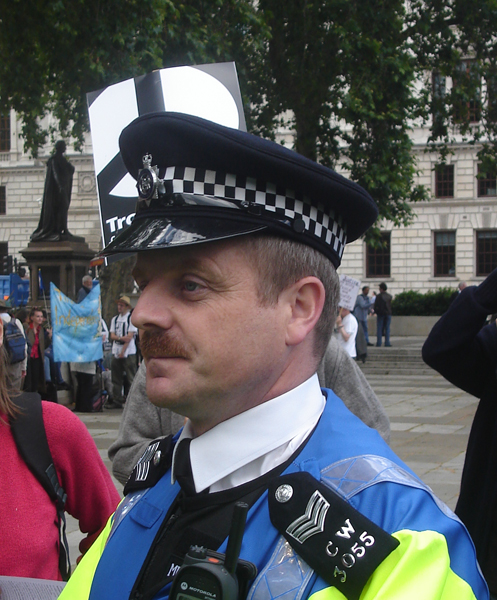 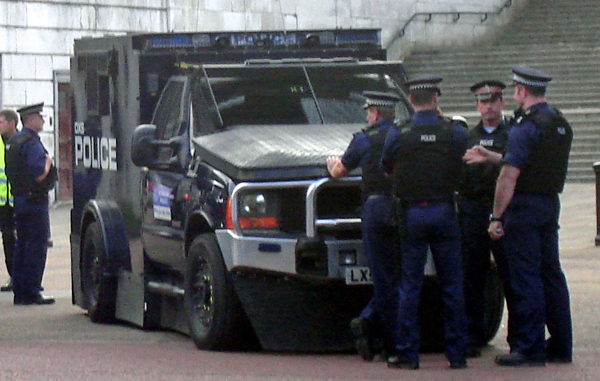 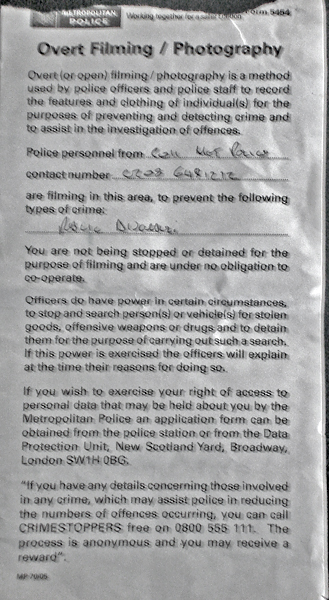 Fitwatch activists were at the anti-bush demo in and around Parliament Square. The police FIT teams were reluctant to use their normal practice of close personal intimidation, and when approached by Fitwatchers they kept on the move sometimes going behind barriers in Downing Street. I noticed Steve Discombe could do with losing a few extra pounds. The activists had usual FIT escort around the square we then decided to take them for a walk to the mall.

While on the mall a couple of vanloads of TSU (tactical support unit) showed and some of them lined up in front of and were pushing the watchers onto pavement attempting create a negative reaction from them, which did not work. Three Fitwatchers then wanted to cross the road (we needed a beer and food), the TSU van pulled up directly in front of them while other police blocked from behind. The police kettled the activists in, 9-10 police surrounding 3 Fit watchers in an area about 6ft by 4ft.

The fitwatchers tried to leave but were physically pushed back into police kettle, and (2) arrests were made for breach of the peace. Taken to West End Police station and released without charge five hours later. Were arrests made on decision of one of four inspectors present on mall who directed the TSU to contain us?

Desk sergeant said to arrestee as they were being released “we were arrested because they did not want us to return to square because we might provoke others”.

Form 5454 can be requested in areas overt police surveillance mainly around parliament. You have ask,they are reluctant because numbers and reason to be completed by the officer.

...coz that man is GURNING HIS FACE OFF!

There's a typo above.

Steve "Porkie" Discombe or looks a little hot under his startched collar.