Demolition of social housing at Firgrove Court is expected to start mid-July 2008 when the last remaining tenants have been kicked out of their homes. The demolition is to make way for a car park for a superstore, part of the unwanted town centre redevelopment in Farnborough. 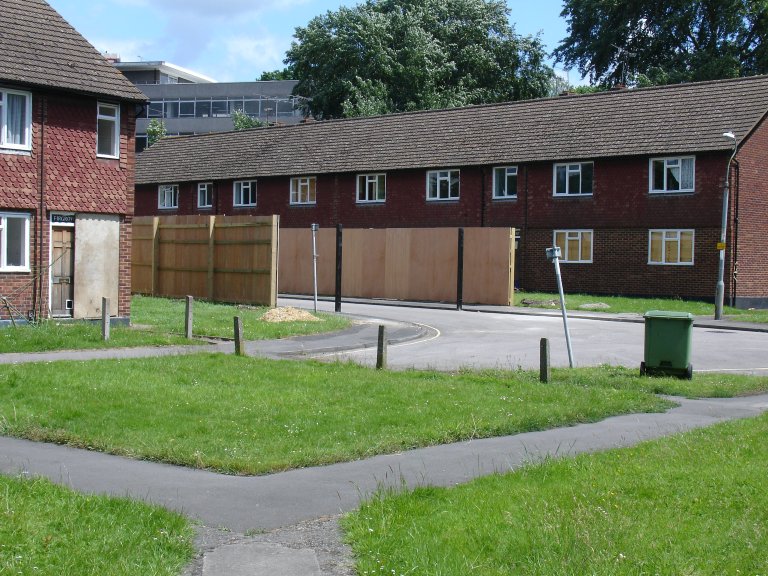 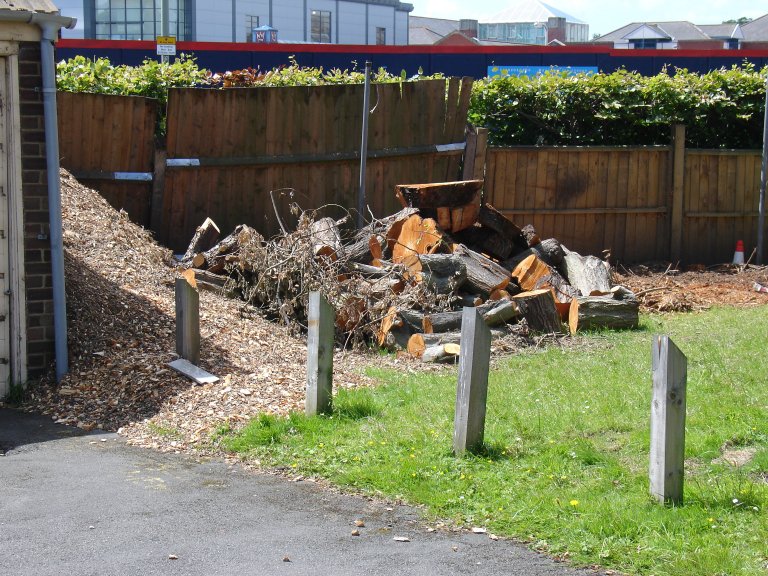 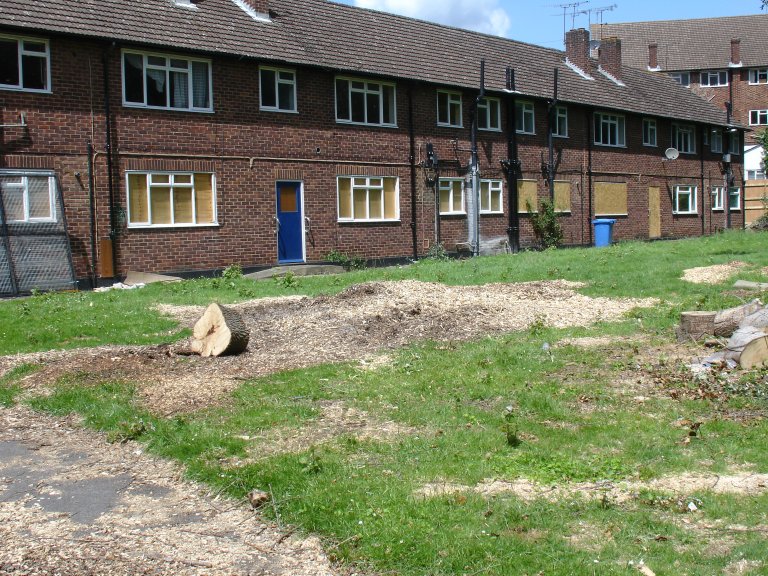 Firgrove Court, a small estate of 28 maisonettes, social housing, is earmarked for demolition for a car park for a superstore, part of the unwanted town centre redevelopment in Farnborough being carried out by KPI (a Kuwaiti-financed front-company of St Modwen).

A couple of weeks, hoarding started to be erected around the estate, giving the impression that all the tenants had finally been forced out of their homes and demolition was about to begin. Demolition of some of the garages had already taken place a couple of months ago.

It came as some surprise therefore to learn that half a dozen tenants were still there. An even bigger surprise to the demolition crew who had been led to believe all the tenants had moved out.

The last tenants are expected to be gone by early July, the demolition to start mid-July.

The estate is owned by Pavilion, now part of First Wessex.

As one elderly tenant said, she could understand if they were being forced out of their homes for a hospital, but for a car park!

Many of the maisonettes have lain empty for years, their kitchens and bathrooms trashed by Pavilion to render them uninhabitable.

Having got away with it at Firgrove Court, Pavilion are now reevaluating their entire property portfolio to see what other property can be levelled to the ground, their tenants kicked out, the land sold off as at Firgrove Court, or the land redeveloped with houses for sale.

That Pavilion have got away with this at all, is thanks in no small measure to their cronies at the Rotten Borough of Rushmoor.

This is not something unique to Pavilion or First Wessex, it is happening across the country. It is happening in Wales, in Crewe and as Mike Lane has shown in his excellent documentary The Regeneration Game (available on DVD) whole swathes of housing is being demolished in Liverpool to make way for development.