The BBC today reports that DEFRA Secretary of State, Hilary Benn, will announce on Monday that he has decided against a cull of badgers in England to control TB in cattle. If the report is correct, the A.L.F. and its supporters will be relieved that the Secretary of State has finally made a right decision, one that is based on sound science. 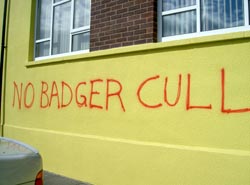 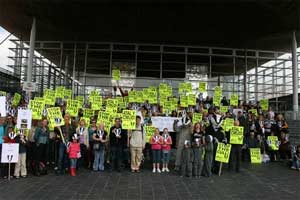 Mr Benn also has resounding public support for sparing badgers. A DEFRA public consultation on the issue received submissions from 47,000 respondents, ninety-five per cent of whom opposed a cull.

Benn has come under unrelenting pressure from the farming industry to give permission for the destruction of around 170,000 badgers - half the population. The government-appointed Independent Scientific Group announced in June 2007 - following a decade of research - that killing badgers would not significantly reduce bovine TB and could make matters worse. It also declared that TB probably first spreads from cattle to badgers, where it remains stable, provided the badgers are undisturbed. Research has demonstrated that culling causes massive disturbance and has the effect of increasing the incidence and spread of the disease.

Some 30,000 badgers have been destroyed since 1975, in a failed attempt to curb the disease. And despite virtually exterminating badgers from four counties in Ireland, a huge TB problem remains in each of those areas.

The farming industry has long resisted the idea that its own intensive rearing, breeding and transport practices are at the heart of the bovine TB problem. In fact, exhaustive research demonstrates that cattle movements 'substantially and consistently outweigh' (1) all other factors in spreading bovine TB. The disease has appeared in areas that have been TB-free for ten years, sometimes longer, despite the fact that badgers were present throughout the period. The key new factor was the unregulated countrywide movements of cattle who - because of the BSE and then the foot and mouth crises - were not tested for TB infectivity before being transported.

In light of the apparent DEFRA decision, it is time for Elin Jones, Rural Affairs Minister in the Welsh Assembly Government, to rule out a badger cull in Wales. In April, Ms Jones announced a 'comprehensive package of measures' to control TB in cattle, an element of which would be badger killing. Last month, lawyers acting for the Minister announced that she has NOT made a decision to cull badgers in Wales.

(1) This is according to a paper published in Nature on May 26, 2005, by Dr William Wint and colleagues at Oxford University's Environmental Research Group (