Interview with Ernesto Ledesma (CAPISE) about the Mexican State's new offensive against the
zapatist indigenous communities in Chiapas / Mexico. 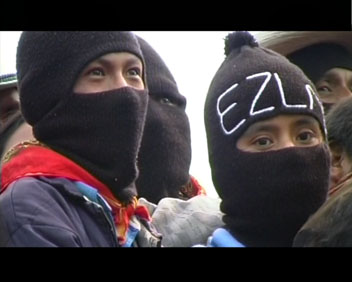 Ernesto Ledesma reports during his European Tour how threats and repression by paramilitary groups and governmental institutions have increased to a dramatic level in recent months.

Ernesto is staff member of CAPISE, an NGO documenting and analysing the counter-insurgence strategies against the zapatistas and other indigenous communities.

“We have made war and and so we recognize the ways it is prepared and comes closer. The signs for war on the horizon are clear. War has an odor, just like fear has. And now we can already smell its bad odor in our land.”

Subcomandante Marcos during the last public appearance of the EZLN, December 2007.