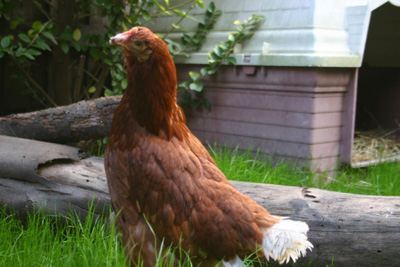 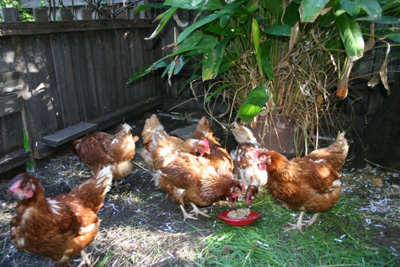 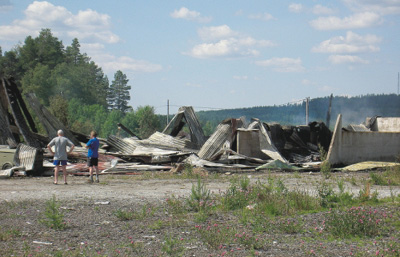 SLAUGHTERHOUSE BURNED TO THE GROUND (Sweden)

The Swedish ALF, Djurens Befrielsefront, has claimed responsibility for a fire at a slaughterhouse in Lövudden on Friday night, July 4th. By the time the fire brigade arrived on the scene, nothing could be salvaged. The slaughterhouse was due to open on September 1 and slaughter moose, elk and other wildlife. The owner reported that insurance will not cover the entire loss and rebuilding may not be possible.

"The 13 hens rescued on June 22, 2008* in solidarity with the jailed Austrian activists are all doing very well. Little Martina (named after Martin Balluch who has been on hunger strike since May 21) was found starving to death in the excrement pit under the cages. (see photo below) Martina weighed only 400 grams instead of a healthy 1.8 kilos. She has tremendous spirit, bright eyes and a zest for life, just like Martin Balluch. Martina is a survivor and is now eating, drinking and enjoying fresh air, sunshine and good food. As are the other survivors (see second photo).

The Austrian activists need all the support we can give."

Please visit www.vgt.at to learn more about the imprisoned activists and how you can contact the Austrian authorities.

"One evening in June, in Zaragoza, we decided to go out and show our anger and glued three fur shops (one of these was Escada) and a pet shop. This action was done in support of our imprisoned compañerxs, and above all for the Austrian group."

"The night of June 7, the FLA decided to carry out one of the old forms of fucking up animal exploiters, the sealing of locks; while the abusers were asleep in their respective houses dreaming perhaps of the following day of profits at the cost of pain and agony of the animals, the FLA sealed a total of 11 butcher shops, poultry shops, pet stores and a national distributor of transgenic tortillas called Maseca.