Photos from the London protest at the BBC in White City and from protests around the world from the autonomous grassroots campaign for International Days of Truth Action on the Eleventh Day of Every Month until Justice. 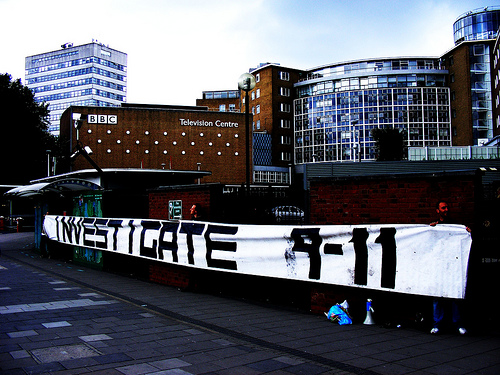 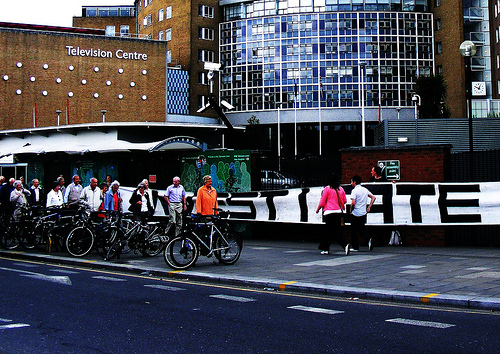 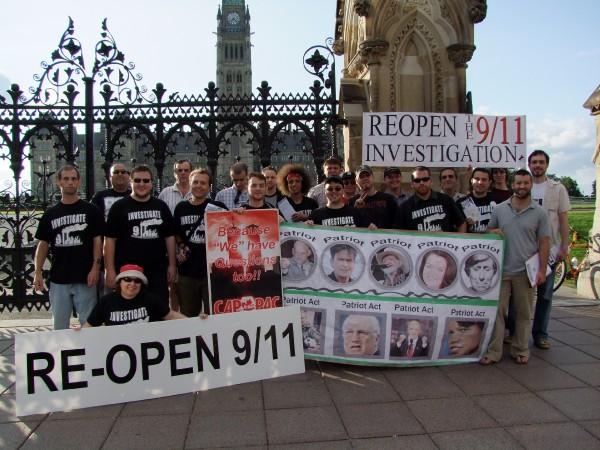 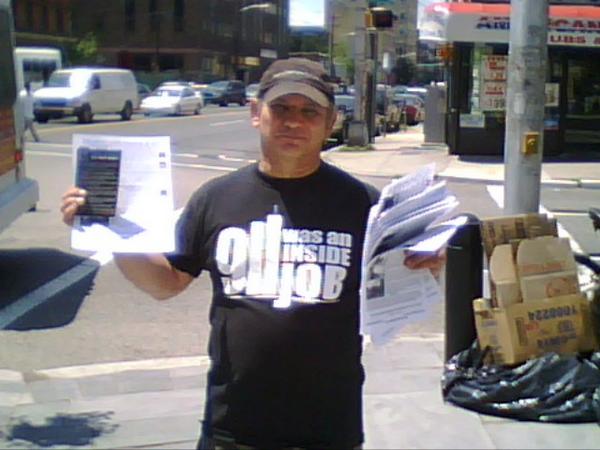 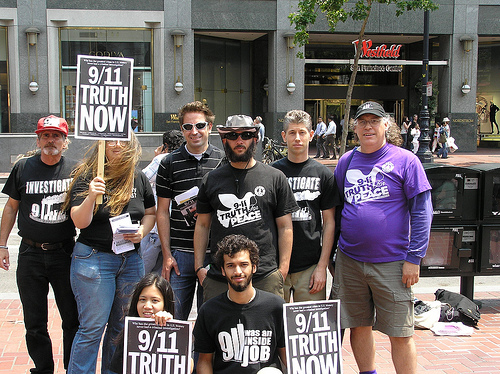 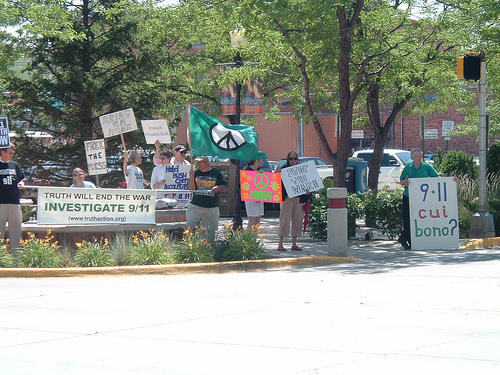 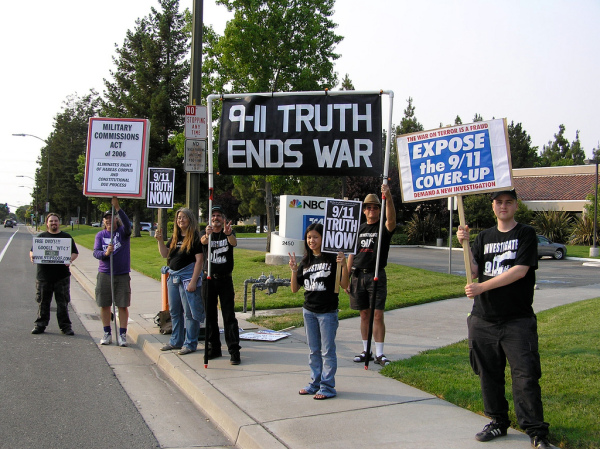 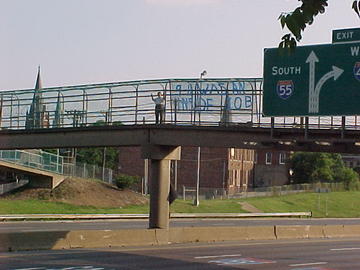 We stayed at Parliament Hill for the first hour, but there really weren't that many people. Since we still had energy and a lot of discs, we decided to go where we knew the people were. We always stay at our posted location for at least one hour to make sure we don't miss any latecomers. After that, we can go wherever. There was a meeting of the Canadian Action Party and since many of our members are also CAP members, some of our group stayed for the meeting, and the rest began to move

Off we marched through downtown Ottawa signs held high. To the Ottawa Bluesfest which happens every year here. We set up outside the gates and stayed for another hour and a half. We were by some street lights so THOUSANDS of people saw us every time that light shifted from red to green.

What a day! We gave out 100+ DVDs and 250+ pieces of paper (fliers, deception dollars, photocopied articles).

Four of us met up in Jersey City to do an hour outreach before we headed over to Times Square to join NYC WeAreChange.

One of the most effective tools we have is our banners. We no longer believe in simple signage; the best thing to do is to enlarge and laminate newspaper articles that prove omissions and distortions in the official explanation and use THOSE as banners.

It's one thing to direct people to videos or websites, but entirely another to confront them with evidence from the mainstream that suggests 9/11 was an inside job...

After Times Square, we stood in front of Penn Station and attracted huge crowds of people eager to speak with us. A few arrogant enough to debate us actually engaged in defending the Commission report, citing it as a credible source of information.

Very amusing though it was, we were serious about confronting these debaters with documented evidence and not speculation. Resistance to our presence is to be expected, especially with the new BBC hitpiece on WTC7 recently airing; however, many Australians and British people knew exactly what was going on and commended us for our efforts.

Some people even joined us off the street for healthy discussion and some even handed stuff out for the first time without really being formally a part of 9/11 truth.

Many new friends were made and some mental barriers were broken down. The people of New York and New Jersey will never forget 9/11 and will never stop reaching out...

UNTIL THE MURDERING CRIMINALS ARE PUT IN PRISON!

Our group did a few hours of outreach at Powell and Market before traveling to San Jose to join the group there at the NBC studios.

9/11 Truth Tucson hit the streets with DVD's. Like the newborn sea-turtles ambling toward the water, some dvds will reach their intended destinations while others will be crushed.

http://truthaction.org/
We Are Change UK

http://www.journalof911studies.com/
Architects and Engineers for 9/11 Truth 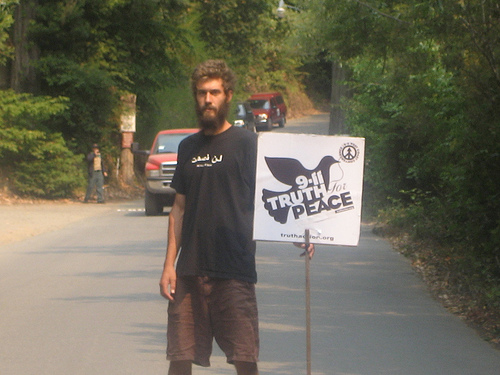 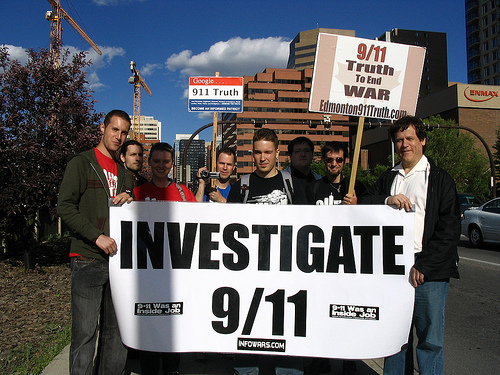 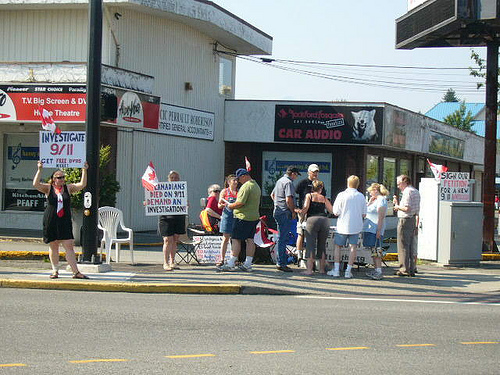 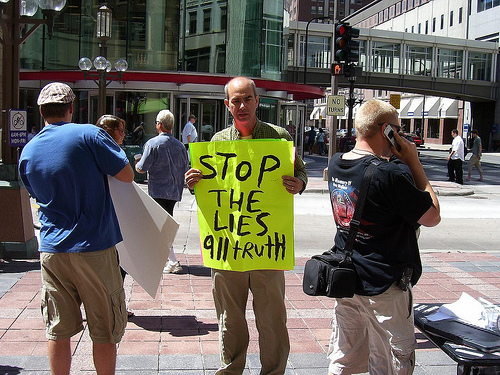 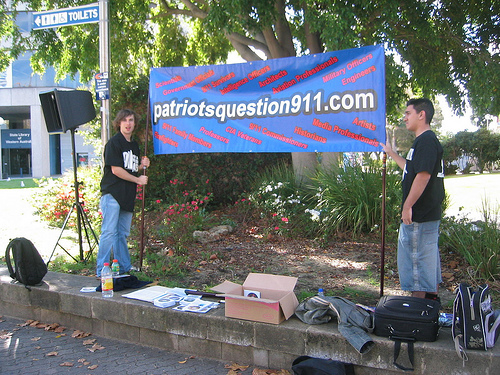 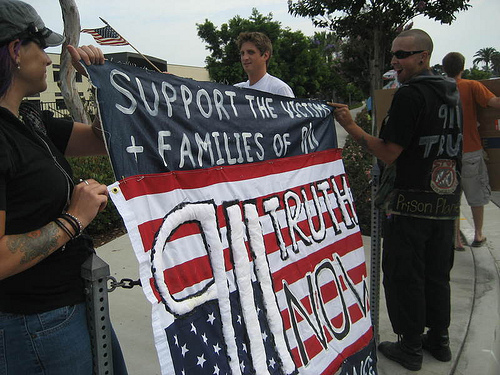 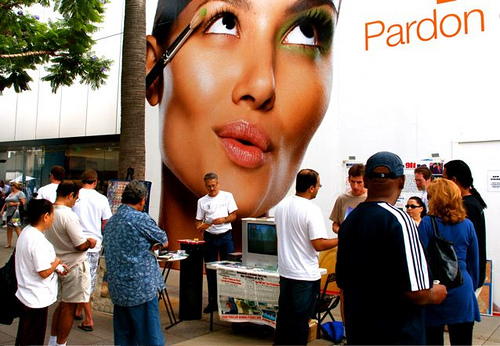 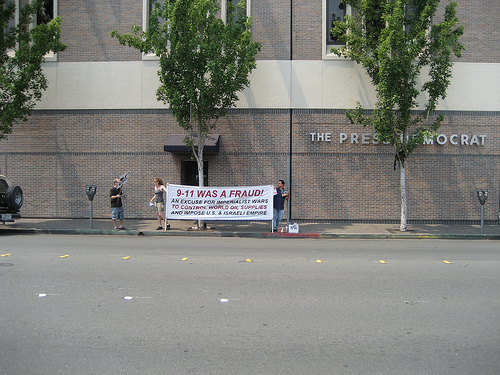 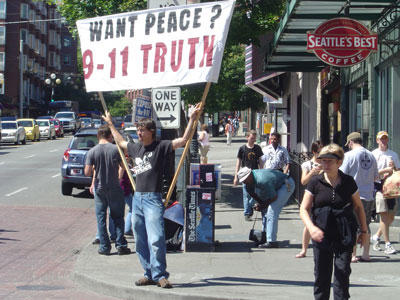 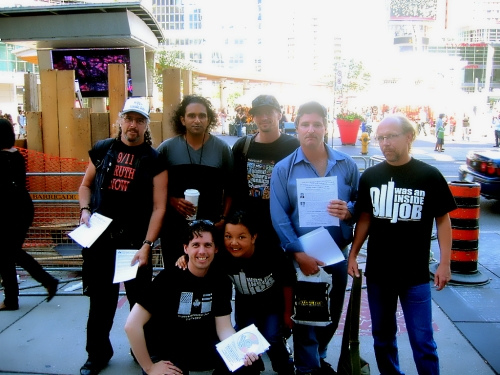 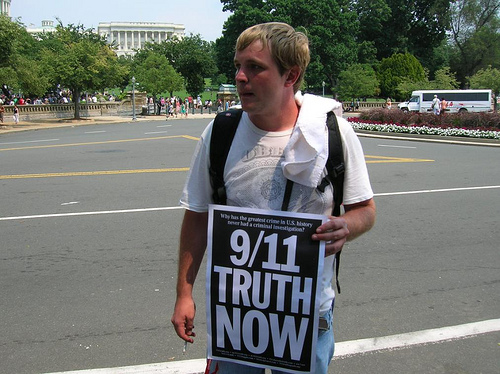 I have frequently had a small street action on my own, but this month (and
last month also) I went with Minnesota We Are Change to a street action in
downtown Minneapolis. There were about ten of us (average) out there most
of the time. Hundreds of DVD’s, deception dollars, and lots of written
material were given away. Many good conversations were started and more
new people all the time join the movement.

The police also came and spoke to us again this month like they did last
month. This month, they asked us to move the table over to make it easier
for pedestrians. Last month they also had some small complaints but they
never were disrespectful or mean(to me anyway) and I suspect that some of
them are on our side.

It’s fun and rewarding to participate in these events.

This is some of the Santa Rosa crew targeting our local Press. We talk to all
the employees on their breaks and lunch. We have given many DVDs and info
packets to employees, with good reception. If we reach them, we reach the
county!

Here is the entrance to the Bohemian Grove. We were very unprepared.
Apparently they will be camping there for two weeks. We were approached by
security and had a pleasant conversation. I mentioned that lots of people are
curious as to what goes on there. They didn't give too much of a reaction
(denial or acceptance) when I mentioned that both candidates are in California
and might visit.

Thanks to everyone who came out for July visibility! Since the 11th closely
followed the fourth of July, we wanted to make this one extra patriotic, so we
all brought flags and demonstrated in front of Liberty Station, less than 1/2
mile from San Diego's huge navy base. Mostly all the people around were
military oriented, and we got SO much positive response from passerbyers. Some
guy even came out and joined us halfway through saying he just moved to SD and
didn't know there was a group out here! It was a great day.