Peace activists show their objection to the recruitment of young men and women for the war machine outside of an army careers office. 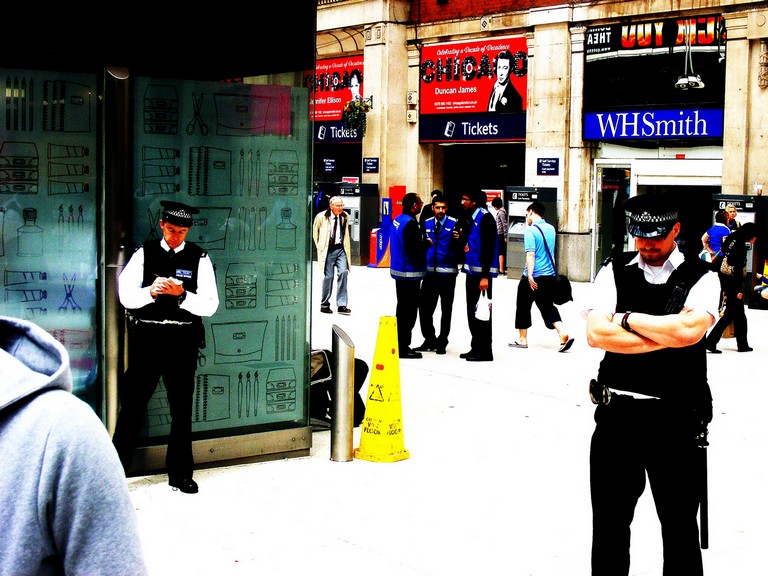 Policemen waiting for us at the meeting point in Waterloo station 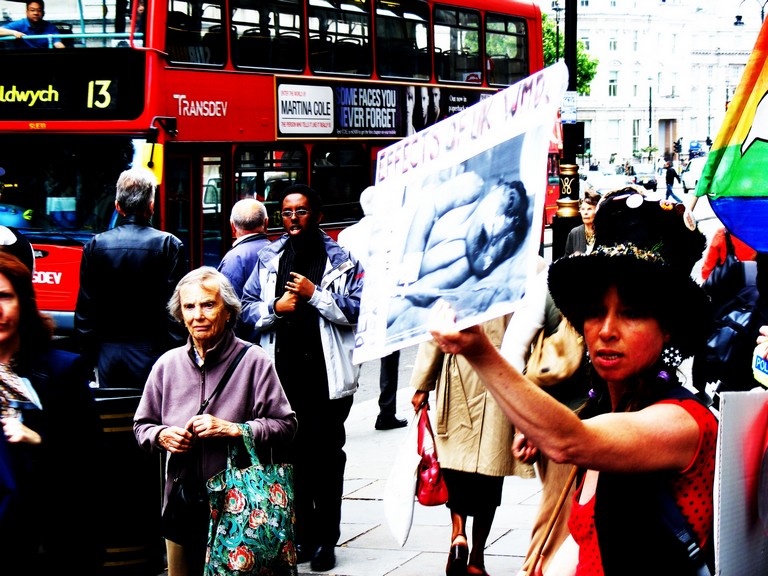 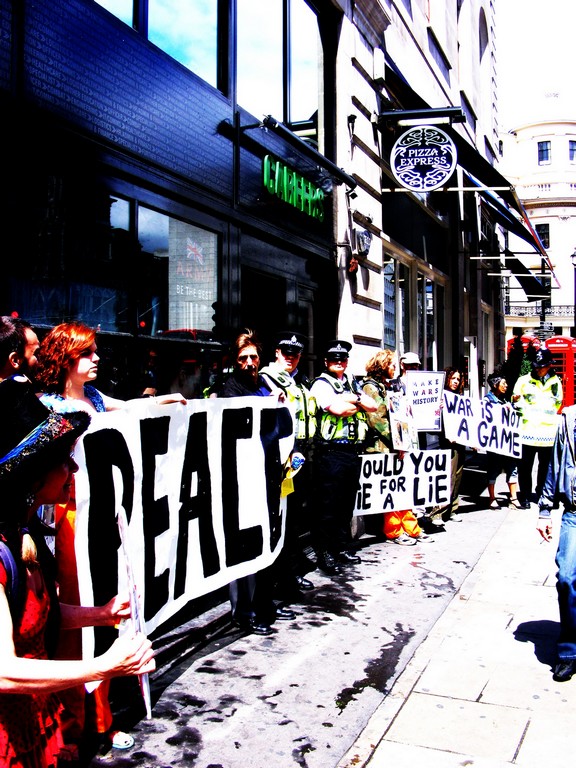 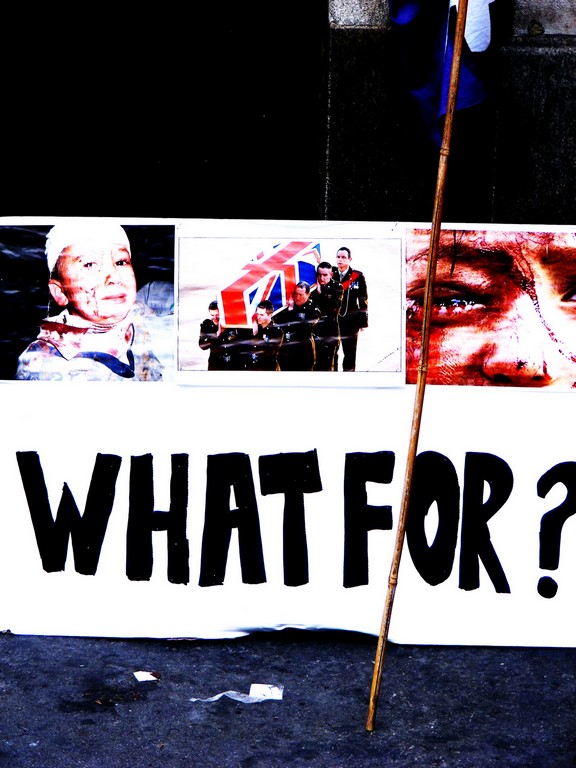 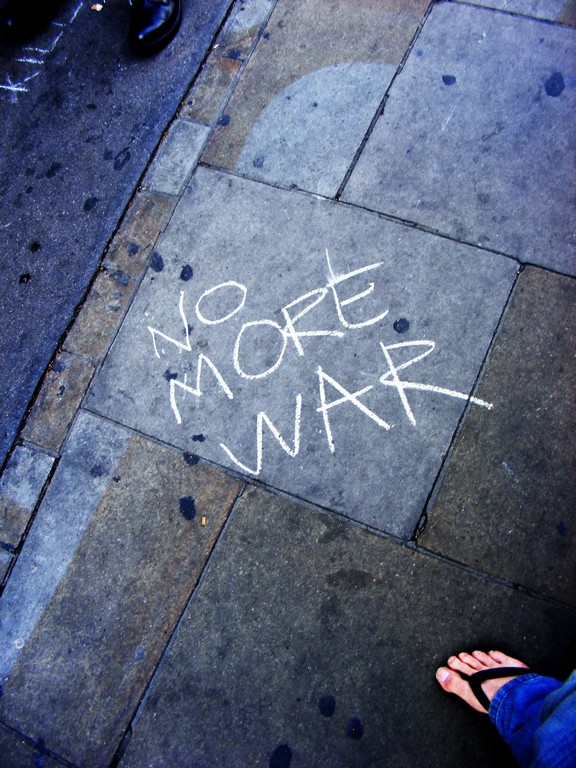 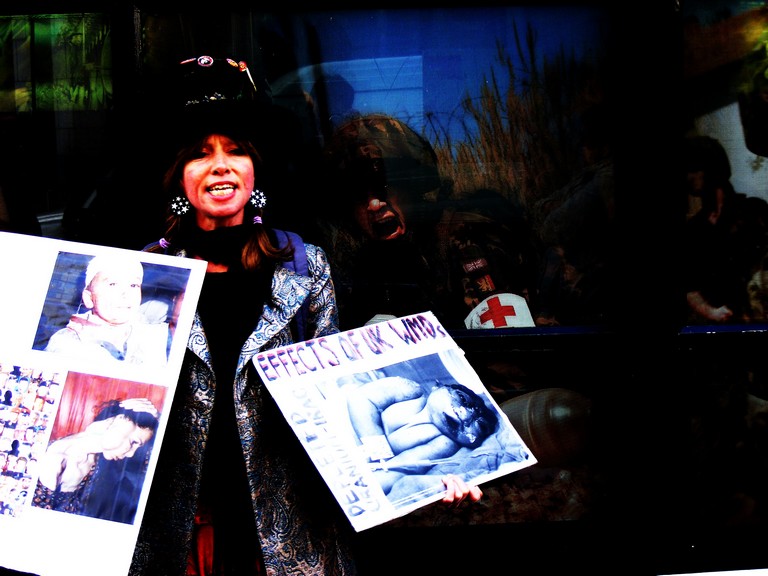 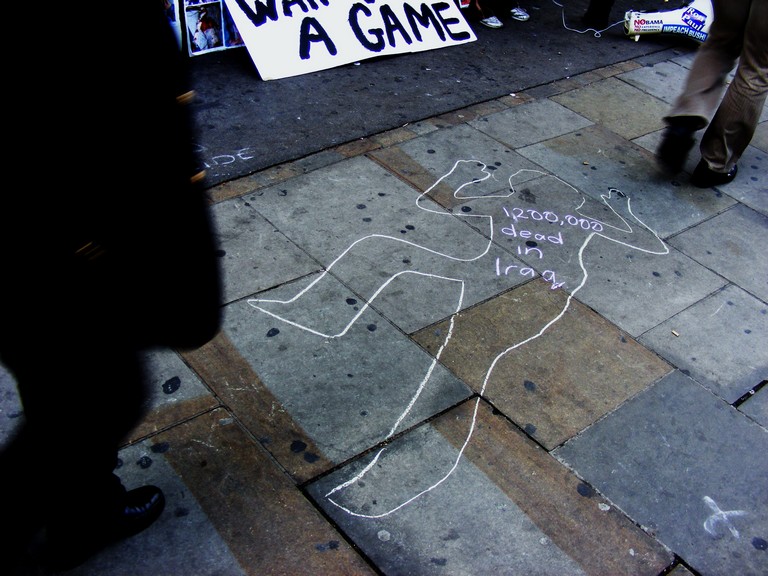 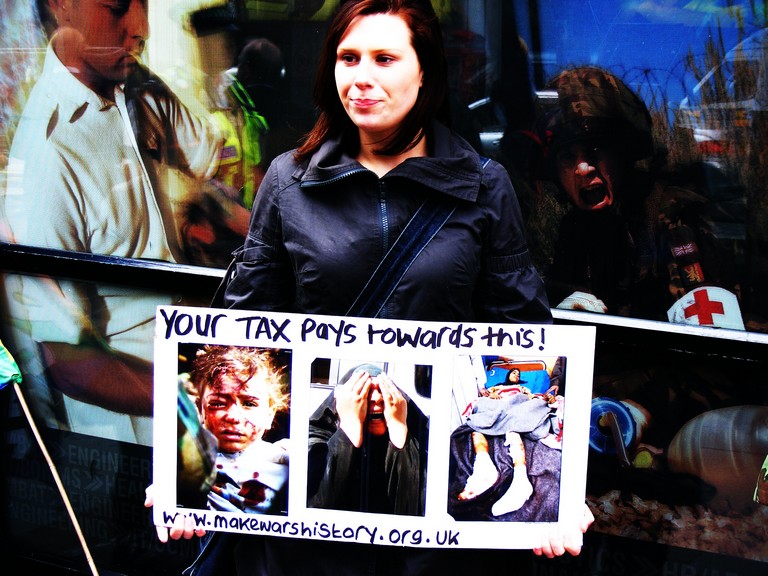 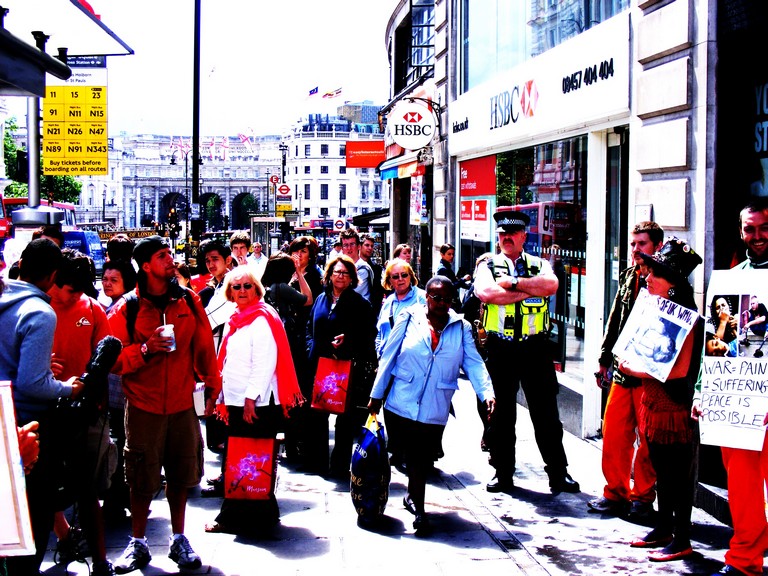 On Thursday 12th June a group of Peace protesters gathered outside The Strand army recruitment office to exhibit the real brutality of war. It was a day of awareness as the group displayed images of combat injury to counter the “be the best” slogan infamously boasted by the forces who require that individuals partake in crimes against peace at the risk of their own lives and sanity.

There was particular focus on the use of nuclear weapons such as depleted uranium munitions which has left Iraq and Afghanistan littered with around a millions pounds of radioactive dust causing monstrous birth deformities and soaring rates of cancer throughout. It was a wake up call to all taxpayers to account for their complicity by funding such atrocities.

Some sported banners asking questions such as “would you die for a lie” referring to the infamous “dodgy dossier” where it was claimed the facts were fixed around the policy to enable Britain to go to war. Many of the group were dressed in orange jump suits as worn by Guantanamo Bay detainees and peace songs were played into the street via a loud hailer.

In the stir, the group stood to represent all of those affected by war while ultimately evoking a message of peace to which hundreds of passers by expressed their support, including many school trippers and some “civvie street” soldiers who wished them well in their campaign with opposition from a few seemingly patriotic passers by. The group maintained their non-violent approach and willingness to engage in discussion on all sides of this on-going controversy.

http://www.makewarshistory.org.uk and find out what you can do to stop the killing


Video of the demonstration from We Are Change UK:

Video of the demonstration from Friction.tv:

Wear a costume, bring and instrument, a banner, a bullhorn, anything you like. Most importantly bring yourself.

All attendees are encouraged to show respect to everyone and maintain a peaceful and non violent attitude at all times.