Oxford Climate Action activists have today
blockaded the headquarters of Edelman PR. They arrived at 9:30 to
protest the PR giant's collusion with E-On in "greenwashing" its
proposed Kingsnorth power station development. Several protestors
gained access to the firms offices. Others outside climbed onto the
roof to unfurl a banner reading "Edelman: Spinning The Climate Out
Of Control" as another colourful contingent spoke to
passers by about the protest. MP John MC Donnell has also dropped by to lend his support.
Edelman have been employed by E-On to promote "E.On's interests
across the gas, coal, nuclear and renewables sectors, not just
lobbying for Kingsnorth"[1]. Today, they have sponsored a climate
change summit along with BMW. The protestors claim that this is a
conscious tactic to become green by association without taking
meaningful action to stop climate change. The protesters also aim
to highlight the insanity of investing in new coal power stations
like Kingsnorth, in the face of human caused climate change[2].


Protestor Debbie Locke said, "Coal is the dirtiest form of fossil
fuel.
Edelman are telling E-On to say that Carbon Capture and Storage can
help. But CCS is an unproven technology and 20 years away at the
earliest.[3][4] We're here to reclaim the PR machine for normal
people who want to see real action on climate change not another
dose of corporate greenwash".

The protestors have been inspired to take action by the Camp for
Climate Action which will take place at Kingsnorth from 3-11 August
this year.

Edelman have a long record of involvement with ethically
questionable companies seeking to improve their image, including
AstraZeneca[6], WalMart[7], Pfizer[8].

http://www.berr.gov.uk/files/file41995.pdf
[4] The IPCC says that it is unlikely that CCS would be deployed
until the mid 21st century.

http://arch.rivm.nl/env/int/ipcc/pages_media/SRCCS-
final/SRCCS_WholeReport.pdf
[5] The Camp For Climate Action believes that "large numbers of
determined and well-organised people get together they can turn
things around, making a historic difference." Last year's camp
engaged several thousand people to take direct action at Heathrow
Airport.

http://www.prweek.com/uk/sectors/healthcare/article/825671/edelman-
overhauls-team-md-leaves/
[7] "AstraZeneca, the large pharmaceutical company, pleaded guilty
today to a felony charge of health care fraud and agreed to pay
$355 million to settle criminal and civil accusations that it
engaged in a nationwide scheme to illegally market a prostate
cancer drug."

http://query.nytimes.com/gst/fullpage.html?res=9C07E7D8163BF932A1575
5C0A9659C8B63
[8] WalMart has been called "The most ruthless company in the
world" due to its appalling record on human rights, contempt for
communities and the environment

http://www.monbiot.com/archives/2004/03/16/low-hanging-fruit/
[9] Pfizer has been involved in price fixing, illegally testing
drugs on children, blocking efforts to allow people in developing
countries access to life-saving drugs and selling drugs linked to
adverse side effects in pets:

UPDATE: Pictures from the Edelmans protest 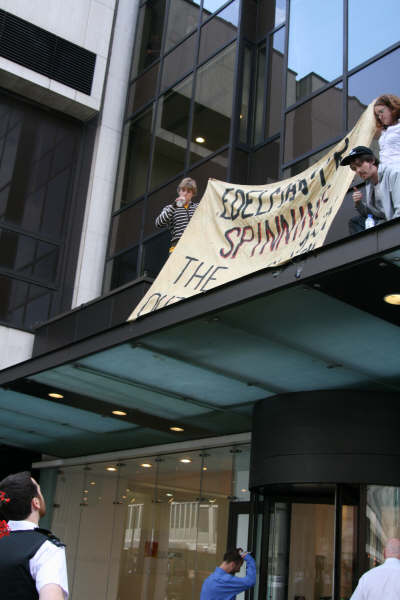 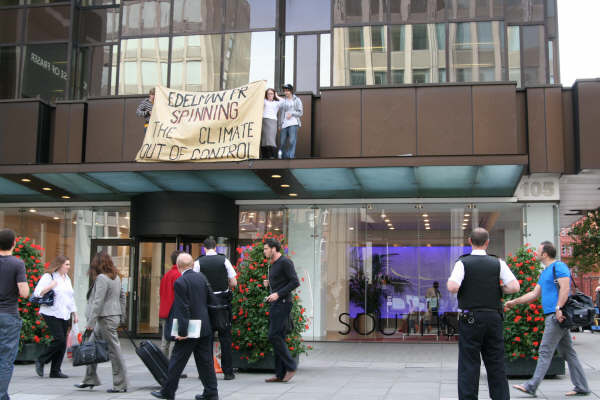 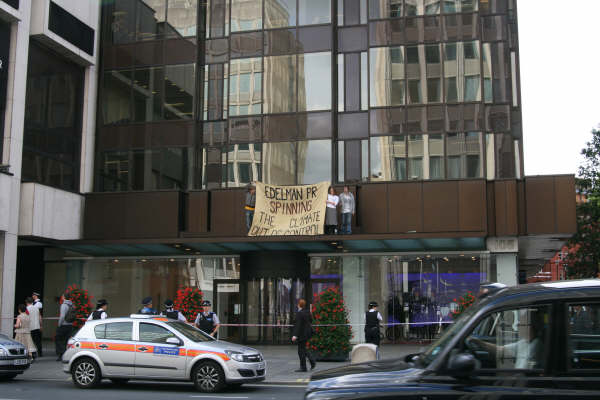 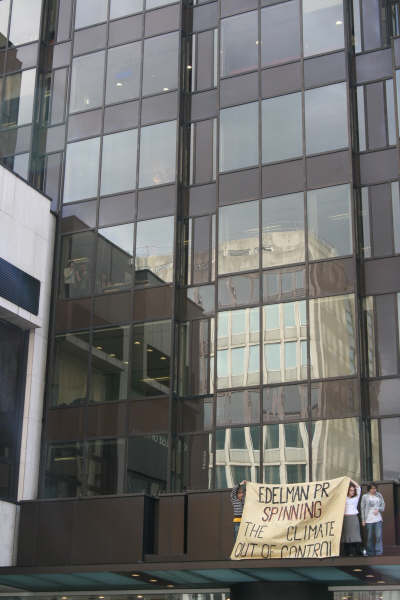 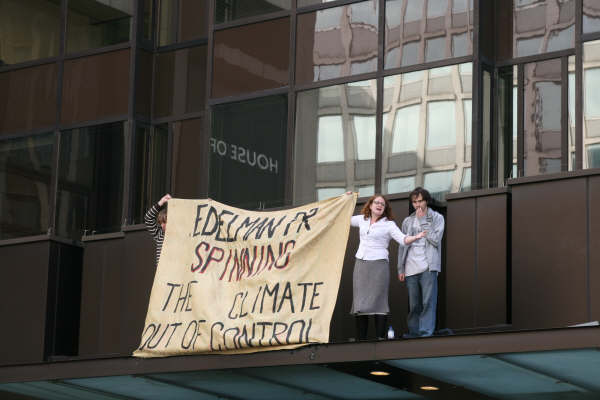 Pictures of the protes at Edelmans HQ attached

The two activists who went in side have been arrested and taken to Belgravia police station.

The activists on the roof have come down and will probably have a bit of a sit down now. No other arrests.

Edelman's response to the demonstration

Tim from Edelman UK PR has responded to this action by posting on the Corporate Watch blog: