This morning, Climate Campers and friends put a fresh dent in E.ON’s tarnished reputation with a Greenwash Guerrillas demo outside the Guardian Climate Change Summit, which E.ON are sponsoring. 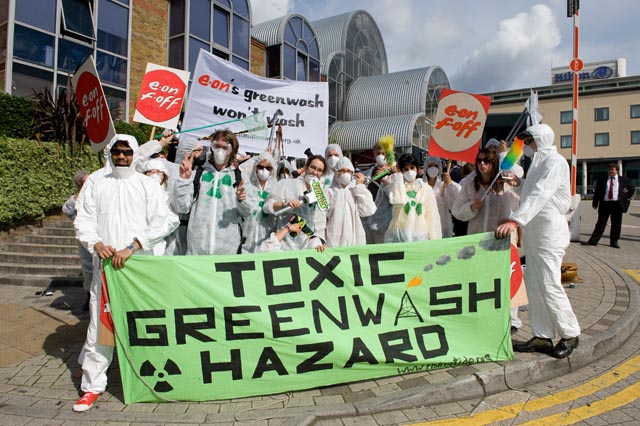 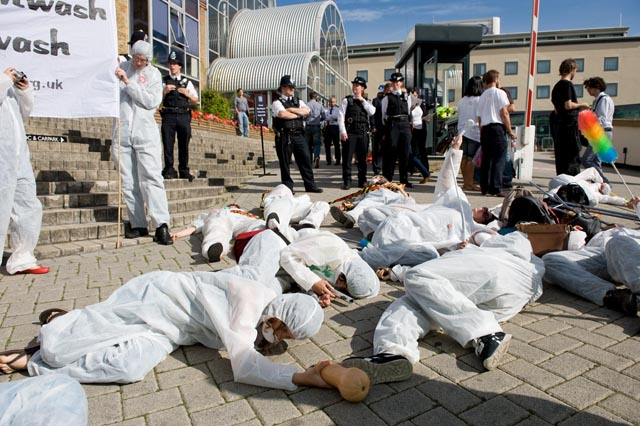 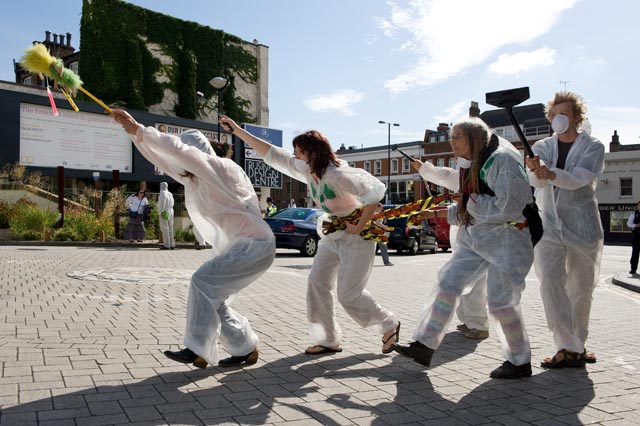 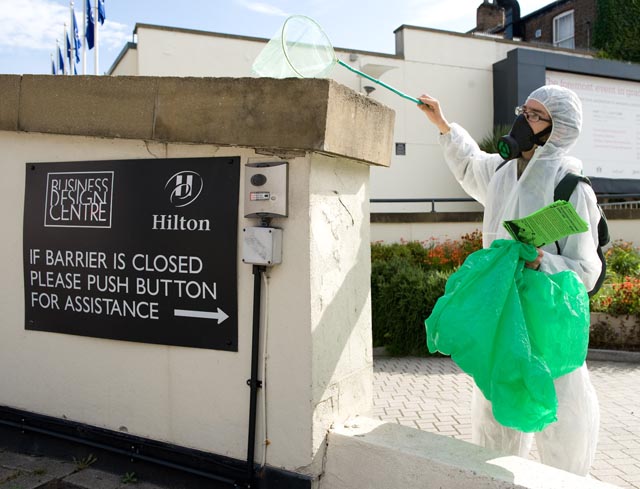 Greenwash gets everywhere it seems... 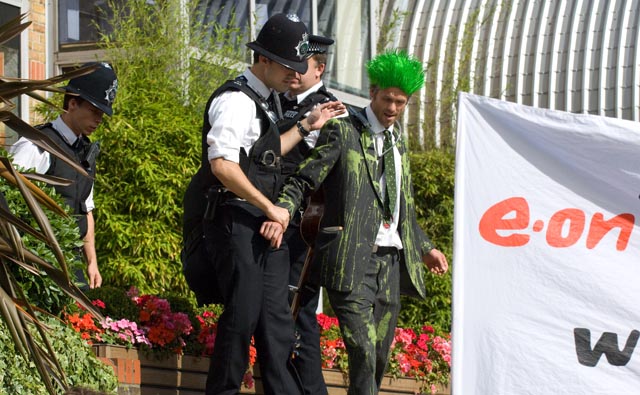 Police remove protester "for his own safety". 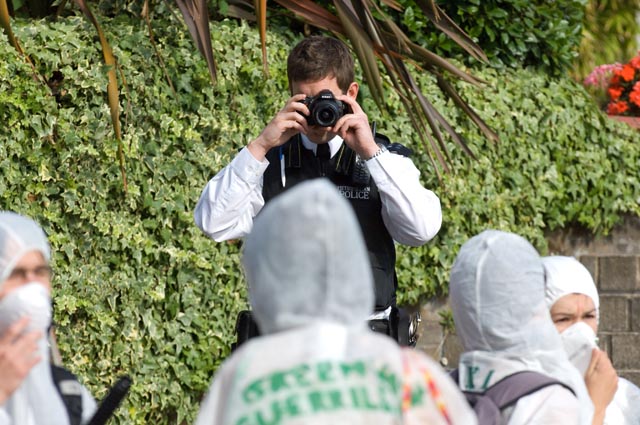 No event complete without a cop photographer.

Protected by toxic waste hazard suits and brandishing a top-of-the-line range of greenwash detecting devices, the 40 intrepid Greenwash Guerrillas swarmed around the building (the Business Design Centre in Islington, whose marketing managers were not best pleased at their presence and who might think twice about working with a climate criminal like E.ON in future), making sure that every delegate who entered knew about E.ON’s attempt to build the first new coal fired power station in the UK for thirty years at Kingsnorth, in Kent (site of this year’s Camp for Climate Action, which has other plans – like leaving fossil fuels in the ground!).

Some delegates happily took in bottles of Ev.eon water (carbon capture in a bottle, the latest techno-fix here to save the day! Check it out: www.ev-eon.com), and ended up taking a little piece of subversion into the belly of the E.ON-sponsored beast. At one point, the word went out that greenwash had reached maximum toxicity levels, and some of the guerrillas temporarily succumbed in a mass die-in. The sounds of the Pedals pedal-powered sound system soon revived them, however, and the guerrillas went back to sucking greenwash out of the building and chatting to largely receptive passers-by and largely sheepish delegates.

One guerrilla was heard to say: "This summit is greenwash of the highest toxicity. E.ON is spending a lot of money trying to paint its dirty deeds as green. Those really concerned about climate change will be confronting their lies, at conferences and offices in London, at the Camp for Climate Action at Kingsnorth this August, and wherever else E.ON is committing climate crimes", said McDonnell.

After 1000 leaflets had been handed out and the ‘E.ON’s Greenwash Won’t Wash’ and ‘Caution: Toxic Greenwash Hazard’ banners rolled away (to be used another day, should any company ever be crazy enough to accept sponsorship from E.ON again), the guerrillas outmanoeuvred the police to have a debrief and late breakfast in the sunshine at a nearby park. Just as they were preparing to leave, a huge cheer went out: Oxford climate campers had occupied the roof of the London head office of Edelman, E.ON’s recently hired PR company!

A brilliant morning’s work. Keep the pressure on E.ON – see you at the Camp!