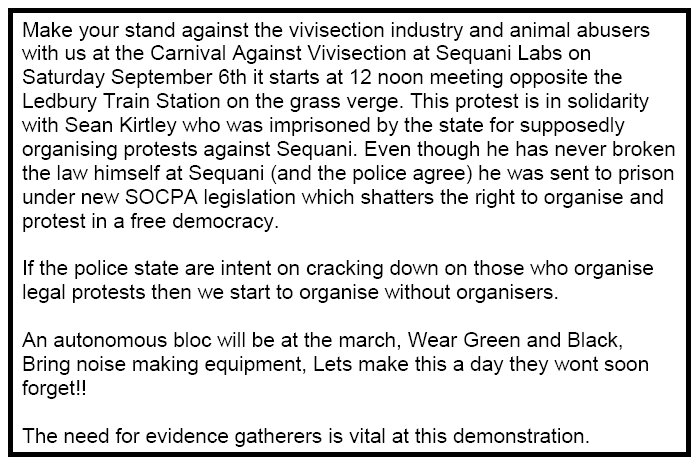 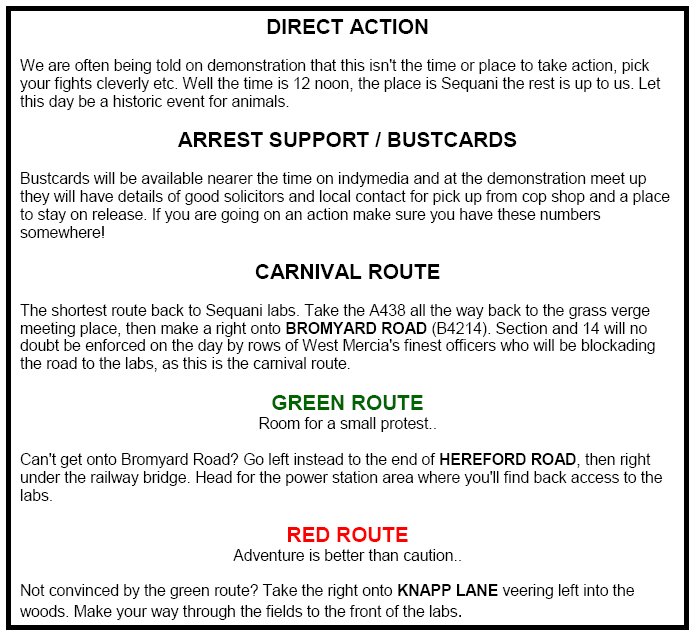 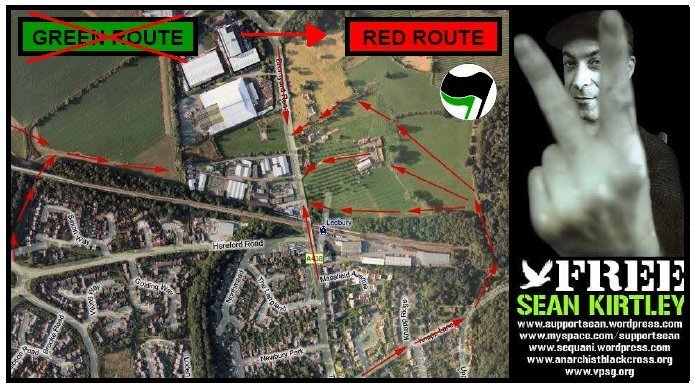 SEE YOU ON THE RED ROUTE!

1. Find others who look like they are there for the autonomous bloc, for example people with green&black flags and/or wearing bandanas/balaclavas.
2. Join with them. 3. Move as a group joining with others until all groups are joined into one.

The best detailed description of animal rights and anti-speciesist action can be summed up in the Abolitionist Manifesto Co-authored by James Crump and Karin Hilpisch: