Start of 6 Days for 6 Years Vigil Outside US Embassy, London

The London Guantánamo Campaign is holding a week-long continuous vigil outside the US Embassy in Mayfair, London, in the run up to Binyam Mohamed's 30th birthday on 24 July. Held illegally for 6 years, enough is enough. It's time for justice and the US to releasr Binyam... 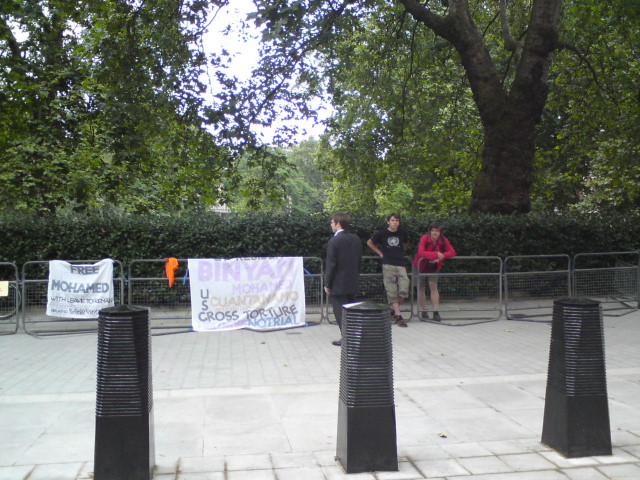 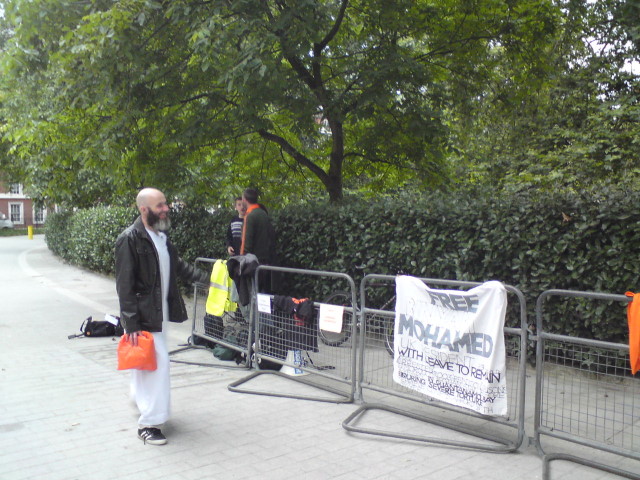 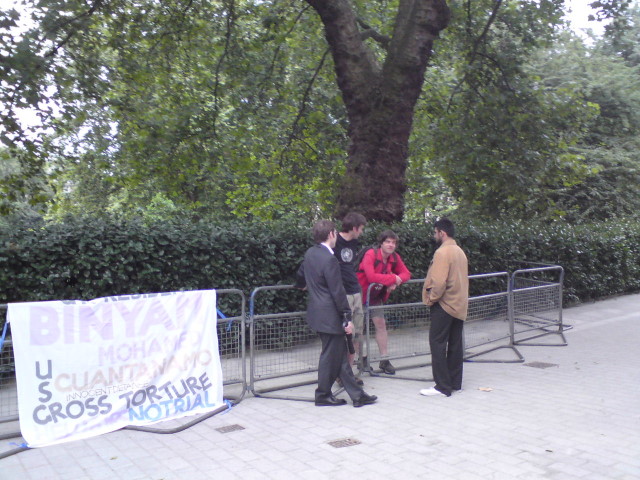 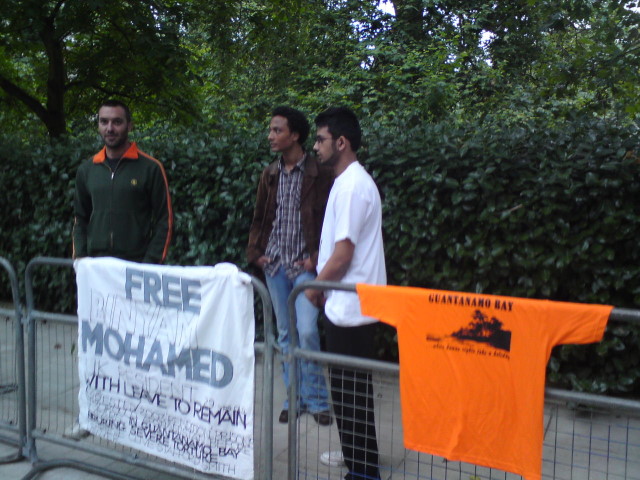 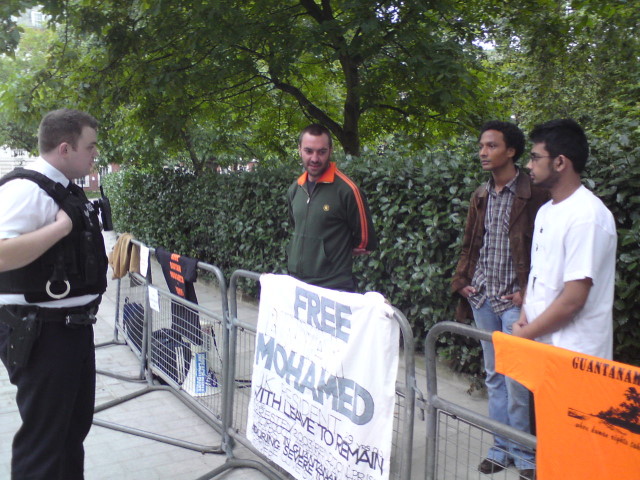 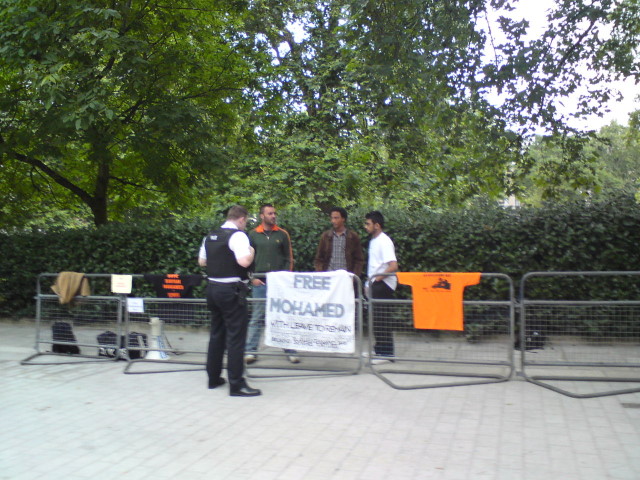 The London Guantánamo Campaign started a week-long vigil outside the US Embassy in London at 6pm on Friday 18 July. We will be there, opposite the entrance, until 3pm on Thursday 24 July, when Binyam will turn 30. Held in Guantánamo Bay since 2004 and a victim of extraordinary rendition, Binyam has been held illegally by the CIA since 2002. Binyam has spent one in five years of his life in illegal detention. Tortured in Morocco to procure “evidence” that the Americans now plan to use against him in a kangaroo court, Binyam is now – 6 years later – facing the prospect of an unfair trial at Guantánamo Bay and potentially the death penalty.

We are calling on the US to drop the fallacious charges – which include planning to transport uranium into the US to make a “dirty bomb” – and end the kangaroo court system at Guantánamo.

On Binyam’s birthday, 24 July, we will then move on to the Happy Birthday Binyam! Demonstration outside Downing Street at 6pm, where we will call on the British government to take action – by revealing evidence that it has in its possession – to see Binyam released. The British government asked for Binyam’s release last August and does not believe that Binyam is guilty of anything.

About 10 people, including Andy Worthington, the author of The Guantánamo Files and a staff member of Reprieve, joined the start of the vigil. The police attempted to stop and search a freelance journalist filming the event as the American Embassy feels paranoid about anyone taking pictures of its building or staff. The police were generally amicable.

Six years without trial, enough is enough! Please join us over the next week – we will be there 24/7 until 24/7. Join us in your summer holidays, after work, at lunchtime, take a break from shopping in the West End… Freedom and justice cannot be compromised or subverted/perverted. 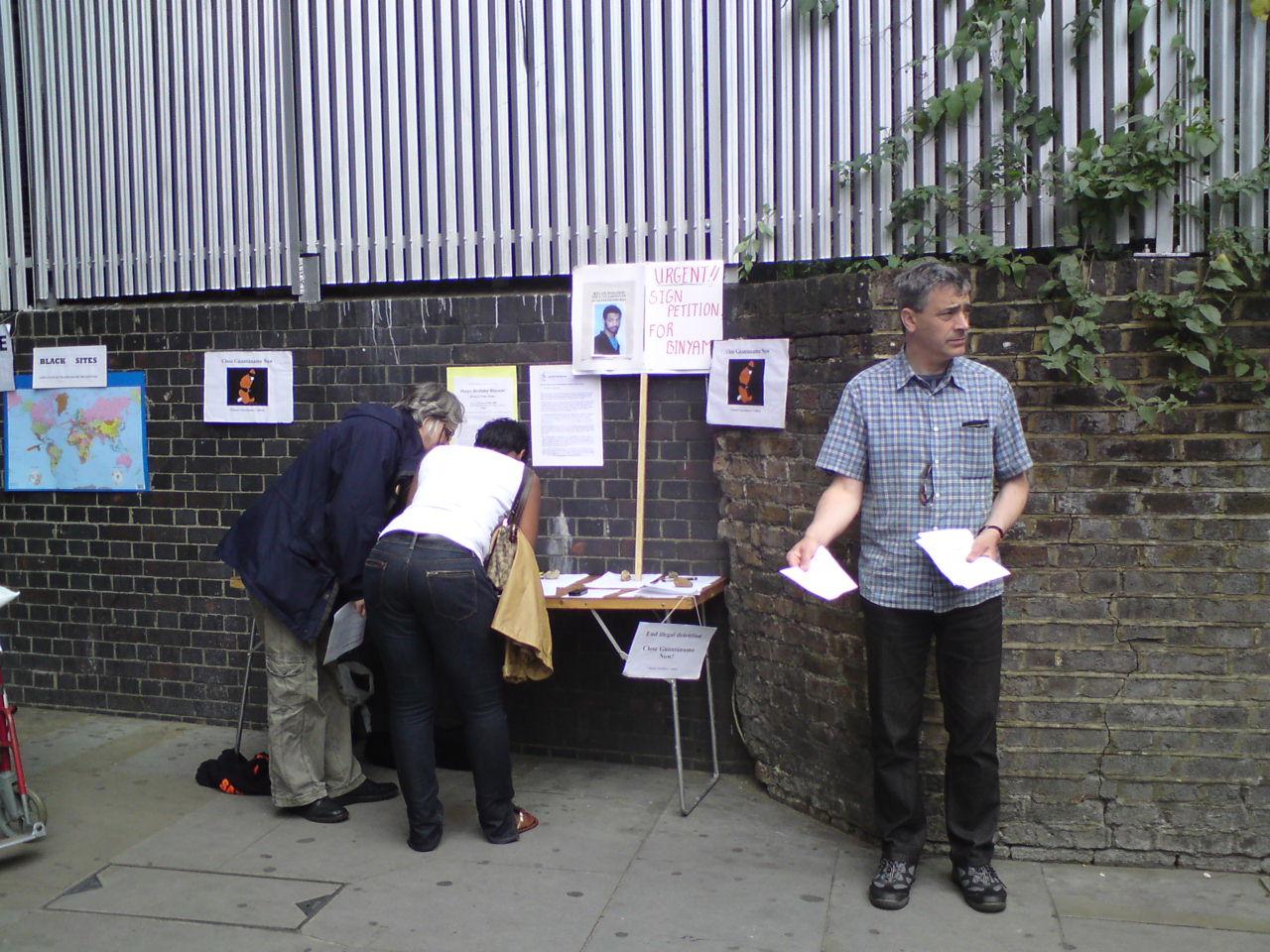 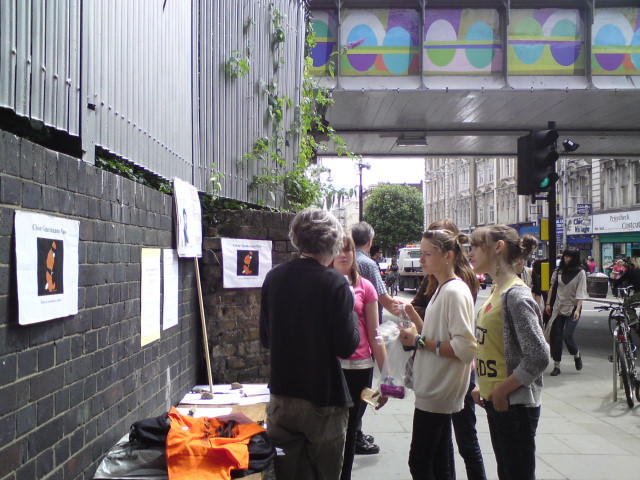 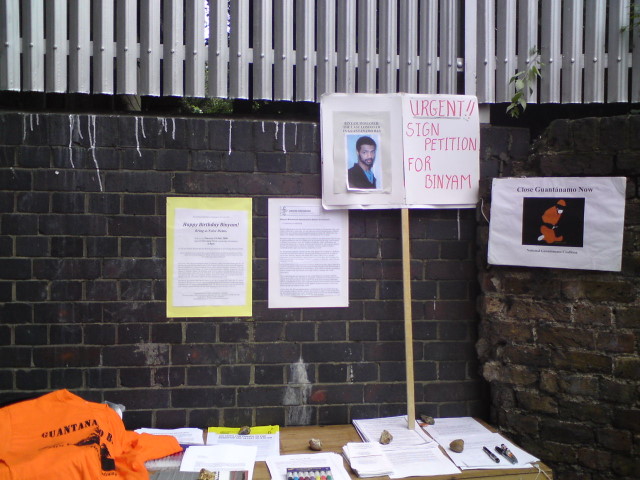 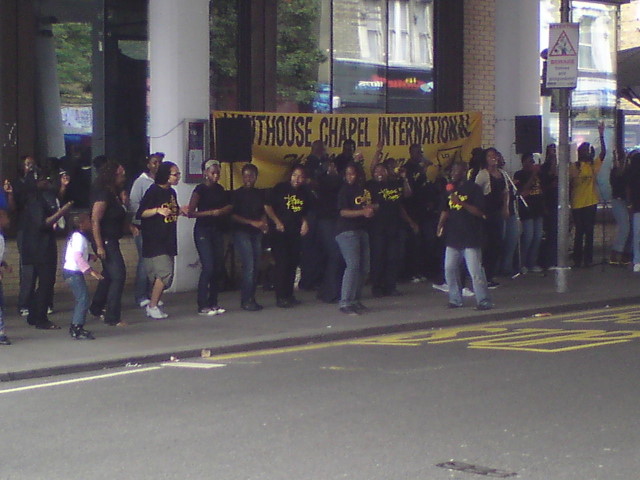 The vigil outside the US Embassy is continuing successfully; two activists spent the night otuside the Embassy on Friday and the LGC plans on maintaining a sustained presence outside the Embassy until Thursday, Binyam's birthday. Please feel free to join us for as long as you like over this week.

Three other activists from the LGC held a monthly stall opposite Ladbroke Grove tube station this afternoon; Binyam lived and worked in this area for over 7 years. Positioned near the entrance to Portobello Market, we have noticed that there is growing awareness and concern locally about Binyam Mohamed. Tourists at the market, however, showed almost no interest. Surprisingly, some people said they thought that Guantánamo had closed down some time ago...have they not seen the newspapers this week and the Omar Khadr video? Holding these stalls over the past few months, we have also met people who knew Binyam when he lived in the area. Leaflets were handed out advertising the 24/7 demo and several dozen signatures were collected on petitions to the Prime Minister. Overall the stall was a success until towards the end when we were drowned out by an Evangelical street concert across the road...

The next stall will be on Saturday 16 August at 1-3pm. Please get in touch for more details.