Day of action for Burma in Chester

Wrexham Women for Peace and supporters held a stall for Burma in Chester city centre today, to encourage people to boycott TOTAL petrol stations, to call for the release of all political prisoners in Burma, and to support those affected by Cyclone Nargis. In the afternoon, there was a demo outside Hoole TOTAL petrol station. 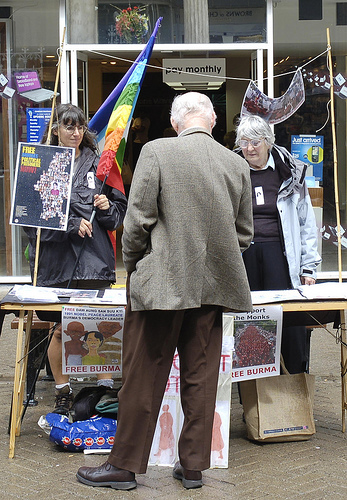 A rather damp and windswept stall 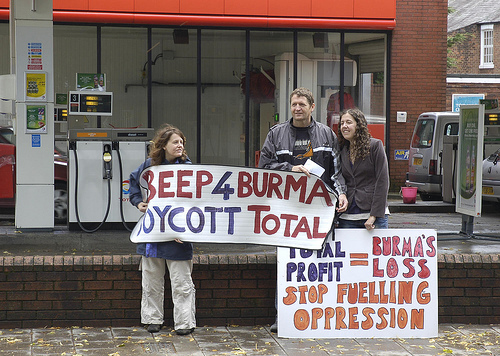 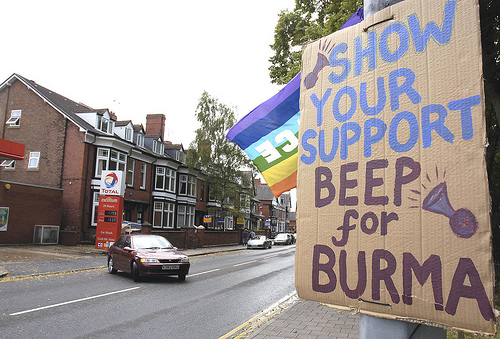 Nearly everyone beeped to show their support 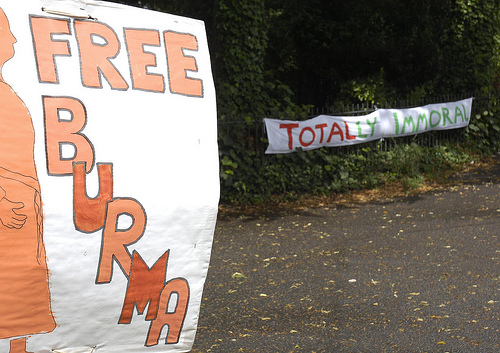 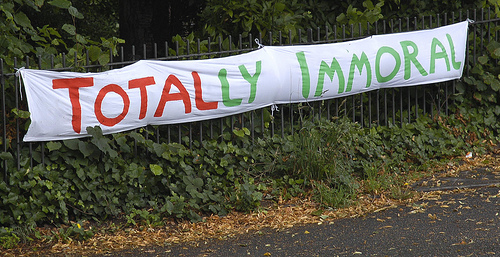 The morning sunshine was punctuated by torrential downpours and high winds, so it was a bit of a challenge to keep the stall upright and the leaflets dry. Nevertheless, Chester was packed with people for the Lord Mayor's parade, so we weren't short of punters.

In the afternoon, in slightly kinder weather, we held a noisy demo outside Hoole TOTAL petrol station. The response to our 'beep for burma' banners and placards was overwhelming. An irate TOTAL worker came out to shout at us for venturing onto the forecourt and to defend her employer on the spurious grounds that Shell - who she used to work for - is just as unethical. Yeah, we know that, but today is about Burma and TOTAL is the main culprit there.

It would be great if these demos were held at a frequency to cause real concern to TOTAL, and with the aim of shutting the petrol station down. Anyone in Chester or nearby up for this?