The fascist BNP were sent packing from Lancaster town centre after they set up a stall. A spontaneous demonstration surrounded the BNP fascists and prevented them from handing out leaflets. They were shouted down and jeered and a passer by emptied two cans of fizzy pop on their stall. Unable to operate they packed up and left town completely demoralised. 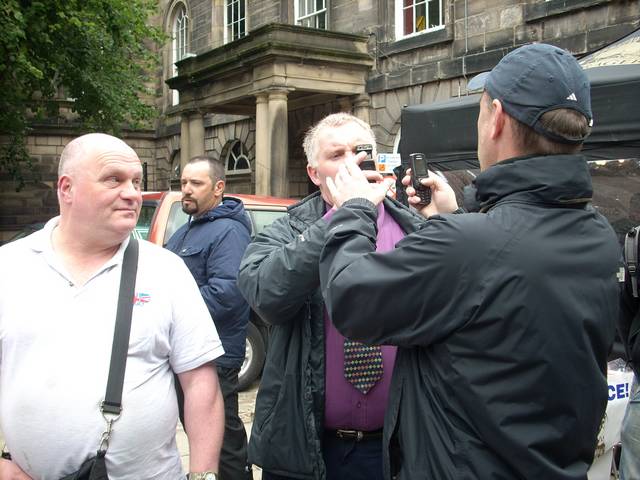 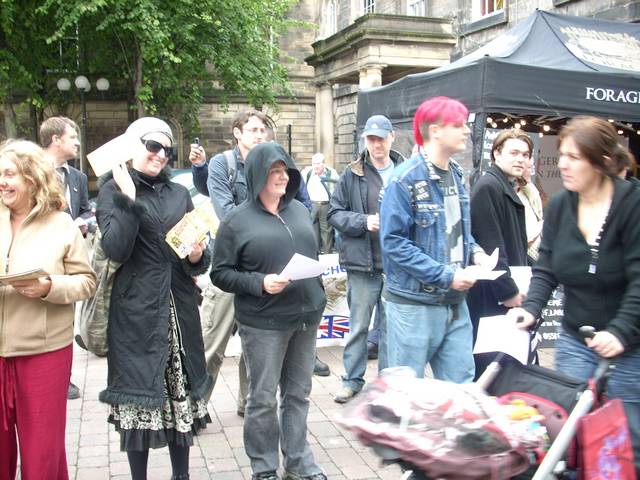 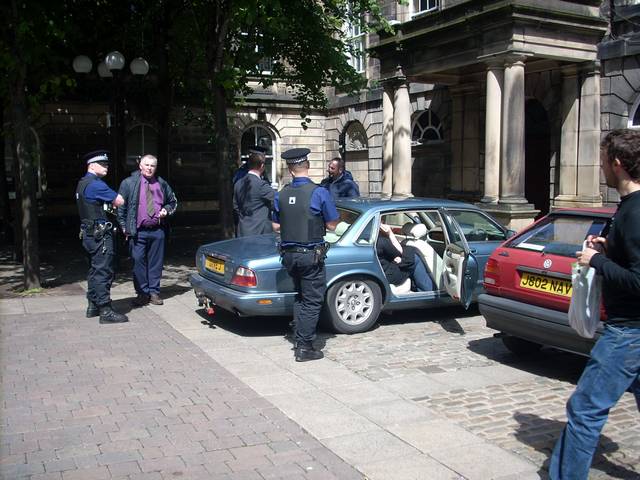 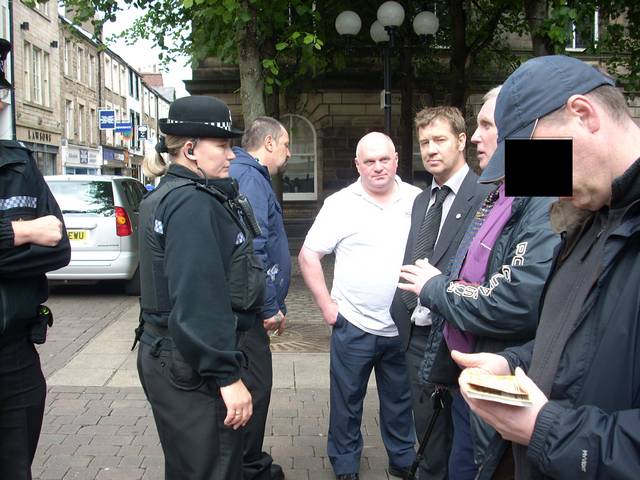 "Master Race" about to leave Lancaster with police escort.

Some good news from Lancaster. The BNP set up a stall today in the town centre. It seems that the small gathering of pond life came from Carlisle. The BNP have no official presence in Lancaster since their previous organiser, Chris Hill, resigned his position following the party split in January. The out of town BNP members set up a small table just near the Museum. It had been kicked over within minutes by a lone woman passing by!

Initially undeterred the fash re-assembled their stall and continued to hand out leaflets. Within half an hour there was a spontaneous response from local concerned people who gathered quickly and surrounded the BNP stall. Standing in front of the stall with anti-fascist leaflets the local people made sure the fascists were unable to distribute their filth. A passer by also emptied two cans of fizzy pop all over the BNP leaflets. People shouted "keep the racists out of Lancaster", and eventually a mega phone turned up to get the message across!

Unable to continue leafleting the pond life got fed up and packed up their stall. The cops arrived to add a bit of extra tension into proceedings. But funnily enough the fascists were in a car with an illegal number plate. Some on our side pointed this out, and the cops spent another ten minutes taking their details. Totally dejected they eventually drove off to cheers and jeers and were told not to come back!

Hopefully the fascists had such a bad day that they won't return. But if they do let's make sure they are not given an inch. Fortunately the other market traders were very good at opposing them. The stall holder next to the BNP refused to let anyone in his gazebo with a BNP leaflet! And the fascists were reported for not having a license. However, we can't just rely on council bureaucracy to see off these fascists. We saw today that it is possible to stop them peddling their hatred in this tolerant town of ours, by taking direct action!! Direct action on a bigger scale can have the same results come the BNP's "Red White & Blue" racist festival in August.