Binyam Mohamed spent his 30th birthday today in Guantanamo Bay, where he has been since September 2004. Around 100 demonstrators celebrated his birthday in Whitehall opposite Downing St, calling for Gordon Brown to get him released and back in London.
Pictures (C) Peter Marshall, all rights reserved 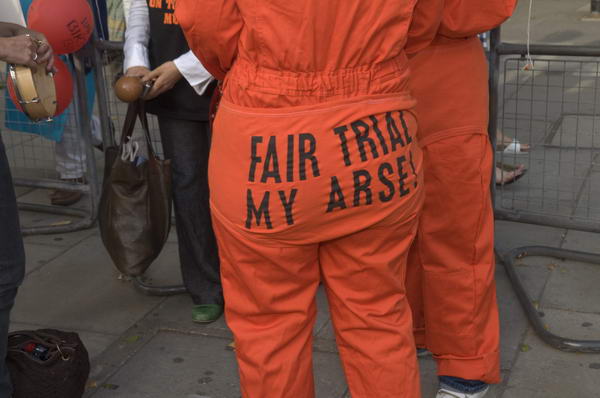 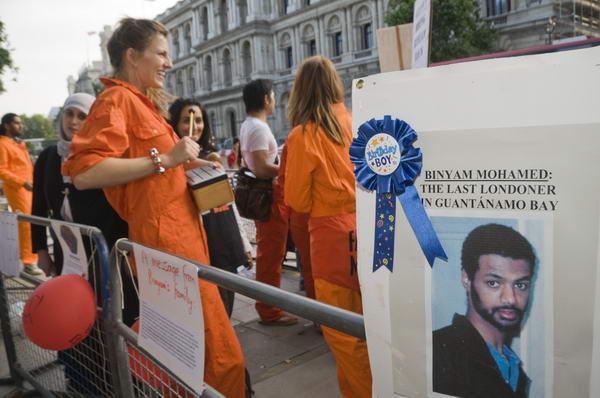 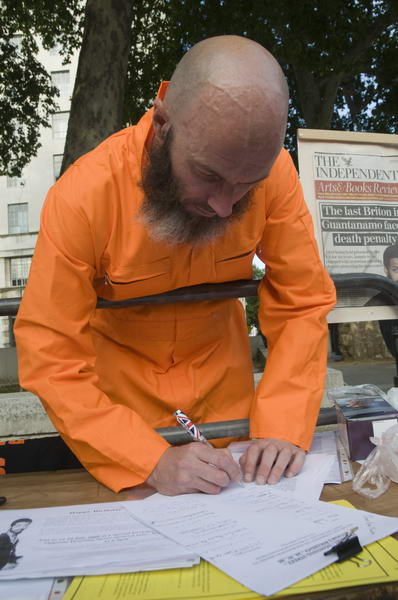 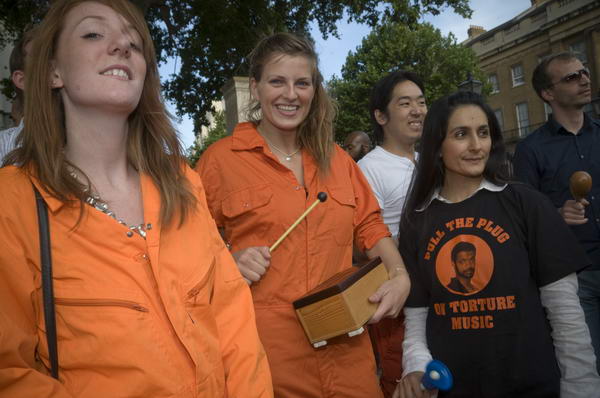 Pull the Plug on Torture Music 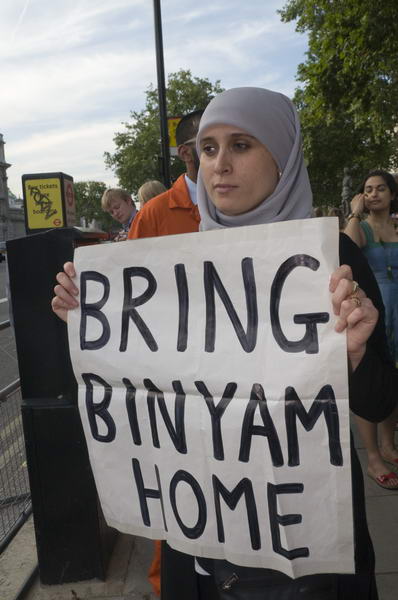 Binyam was granted refugee status in Britain in 1994 and lived in west London. He was visiting Afghanistan when the US troops arrived, and crossed the border to Pakistan where he was kidnapped and handed over to the CIA, who took him to Morocco where he was tortured for 18 months before another illegal rendition to Kabul and finally to Guantanamo.

The US intend to try him by a military tribunal on the basis of statements made during his torture in Morocco, and the charges carry the death penalty. It is impossible to beleive he can get a fair trail - the evidence extracted by torture would not be admissable in any proper court.

Six years of torture and abuse have left Binyam suffering from severe depression, post-traumatic stress disorder and in a very poor physical state. He is currently on hunger strike.

Next week, on 29/30 July there is a hearing at the High Court in London to attempt to force the British government to release evidence it has about Binyam's torture - there will be a demonstration outside the court from 10.30 am (Royal Courts of Justice, Strand, London WC1), organised by the London Guantanamo Campaign.

There is a vigil next Friday, Aug 1, outside the US Embassy in Grosvenor Square from 6-7pm - and on the first Friday of each month, and a regular monthly stall outside Ladbrooke Grove Underground station - the next is from 1-3pm on 16th August. There will also be an action at the Notting Hill Carnival.

For more details about Binyam, Guantanamo and to get involved in the various actions see the web site

More pictures of this event on My London Diary shortly,