A shadow report submitted by the German "Assiciation of Intersexed People" to UN-Committee CEDAW in New York and published on the internet highlights worldwide human rights violations against hermaphrodites by forced medical treatments -- and a growing "Zwitter"-movement making itself heard. 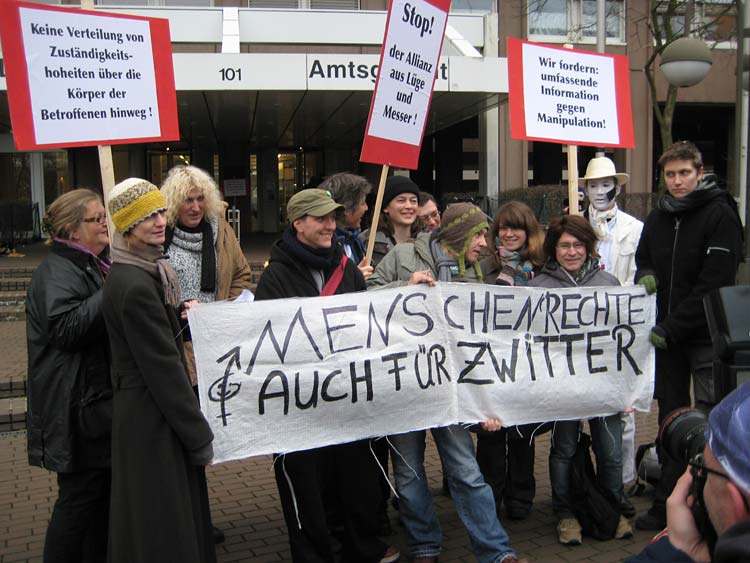 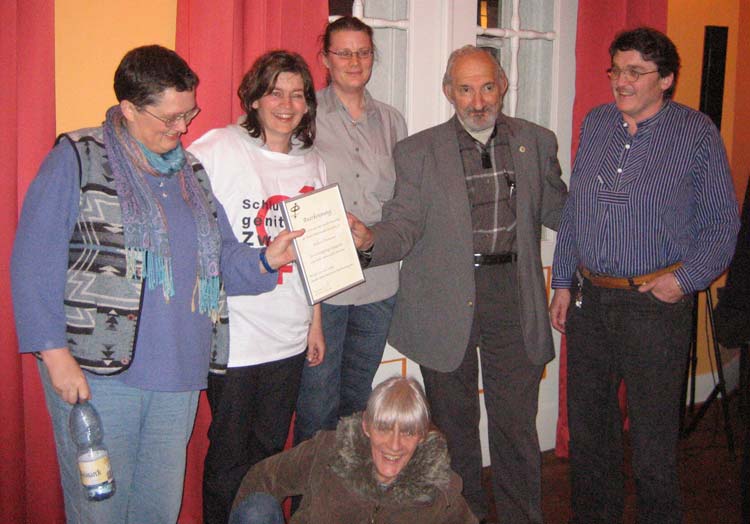 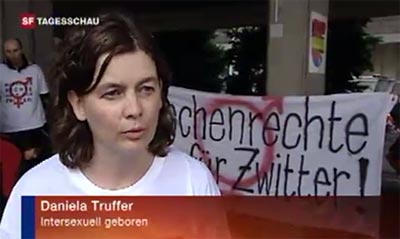 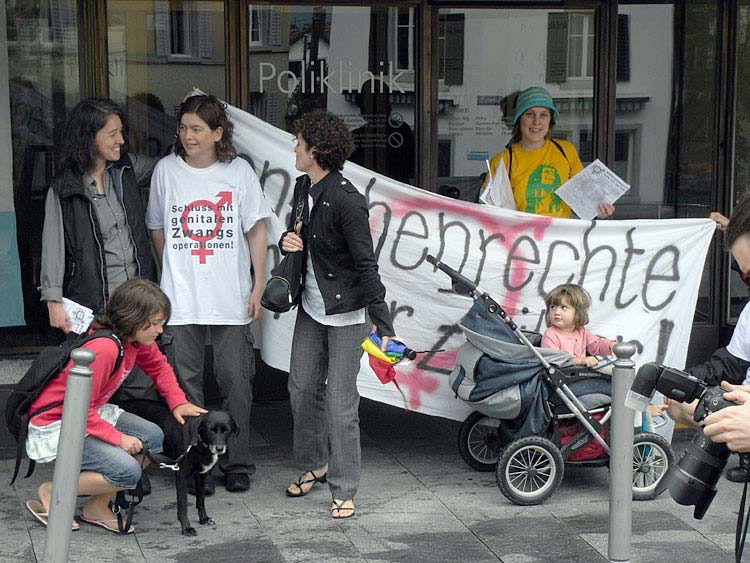 Official estimates classify approximately 80 000 - 120 000 people living in Germany as intersexed. Following birth, some 95% of them were or will be systematically submitted to genital surgery and various other medical interventions - notwithstanding their personal rights, their physically and biologically determined construction and, without evident scientific proof.

The intersexed people regard these massive and mostly irreversible interferences as a violation of their autonomy and as an undignified act of violence. Intersexuelle Menschen e.V. demands the full-fledged realization and implementation of the human rights of all intersexed persons.

"Human Rights for Zwitters, too!", read the banners of recent rallies. "Zwitter" is a usually pejoratively used German word for hermaphrodite, consisting of both the roots of "double" and "two". Pejoratively used until it got widely adopted by hermaphrodite self-help-groups, that is.

In German speaking countries, 2008 might become the year the dreaded taboo about 'actually existing' hermaphrodites (and what society does to them) eventually cracked.

Fuelled by a groundbreaking courtcase of a victim of forced genital surgery sueing her surgeon and winning at the first and second instance, supported by rallies in front of the courthouse and in front of Children's Hospitals, the "Z-Word" and combinations like e.g. "Zwitterprozess" started repeatedly making the news. And almost everytime that spelled good news for Hermaphrodite Human Rights and bad news for surgeons and politicians.

Intersexuelle Menschen e.V. (Assiciation of Intersexed People), an international umbrella organisation of self-help-groups, now went a step further by submitting a detailled list of demands to the German Federal Parliament on July 20th.

A list that also became adjoined to a 139-page Shadow Report submitted to UN-Committee CEDAW in New York the next day, July 21st, highlighting human rights violations by forced medical treatments on hermaphrodites in effect not only in Germany, but about just everywhere in the realms of "western civilisation".

According to Delegate Sarah Luzia Hassel-Reusing the intersex presentation was given special attention by a "visibly moved" committee.

Intersexuelle Menschen e.V. President Daniela Truffer said, "We're hoping that eventually also both the German Federal Parliament and the Federal Government, too will recognise the gravity of the systematic human rights violations against harmaphrodites".

The CEDAW committee is now preparing the 43rd CEDAW session taking place in Geneva in January 2009. Hopefully incl. some hard questions to German politicians and surgeons.

Though till then, these might just as well find themselves suffering from several more purely incidential mishaps involving unwelcomed scrutiny especially concerning non-consented genital surgery on hermaphrodites anyways ...