A small demonstration called by London IWW in support of a radical union, 'Workers' Initiative' (Inicjatiwa Pracownicza) in Poland. The demo was called to support WI members being discriminated against in the Polish postal service, and particularly the sacking of a member - Bartosz Kantorczyk - for his lead role in a wave of strikes last year. 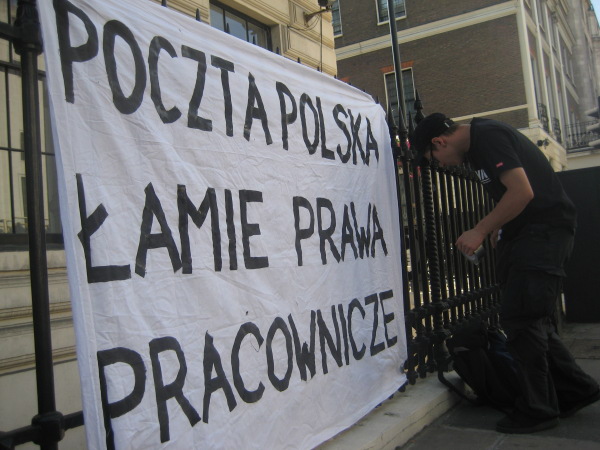 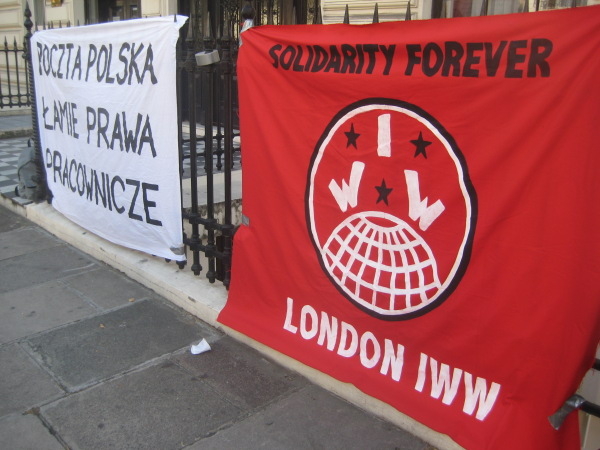 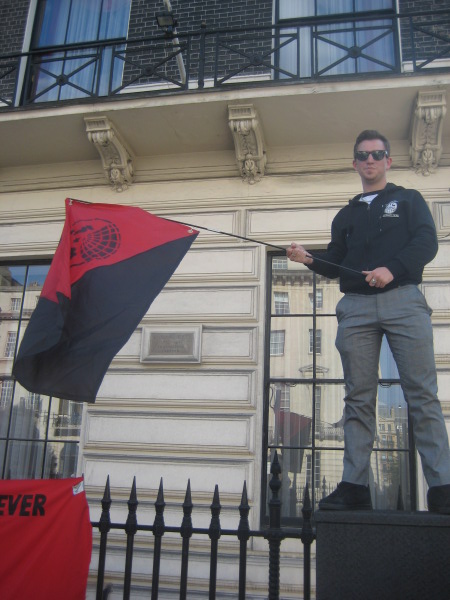 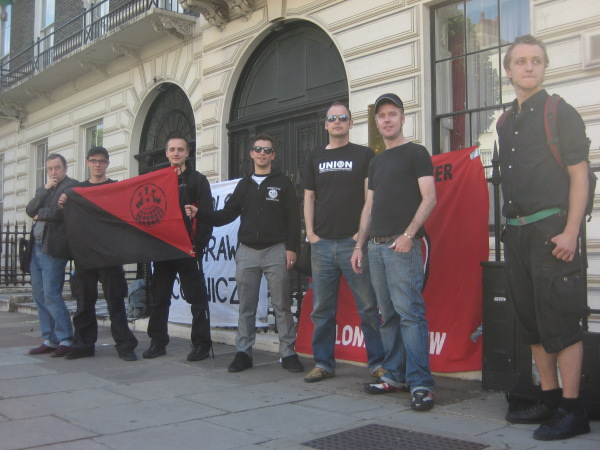 The demo was attended by around 10 people, most of whom were wobblies. We handed out bilingual leaflets to passers-by and managed to collar the top dog present at the embassy to discuss the issue. The IWW also sent a formal letter to the embassy demanding that they put pressure on the postal service to quit their union busting ways. The reason they are not co-operating with the union is that unlike the main unions, WI refuses to cosy up to management and maintains a militant platform.

There was also a picket of the Polish Consular in Edinburgh.