The US Airbase in Incirlik, Turkey contains 90 nuclear warheads. As was the case in Afghanistan and Iraq, this base is likely to play a crucial role in a prospective war against Iran. Moreover, the Sunday Times map (see item 4) indicates that the use of Turkish airspace by Israel is also being planned, with the tacit consent of the Turkish authorities. 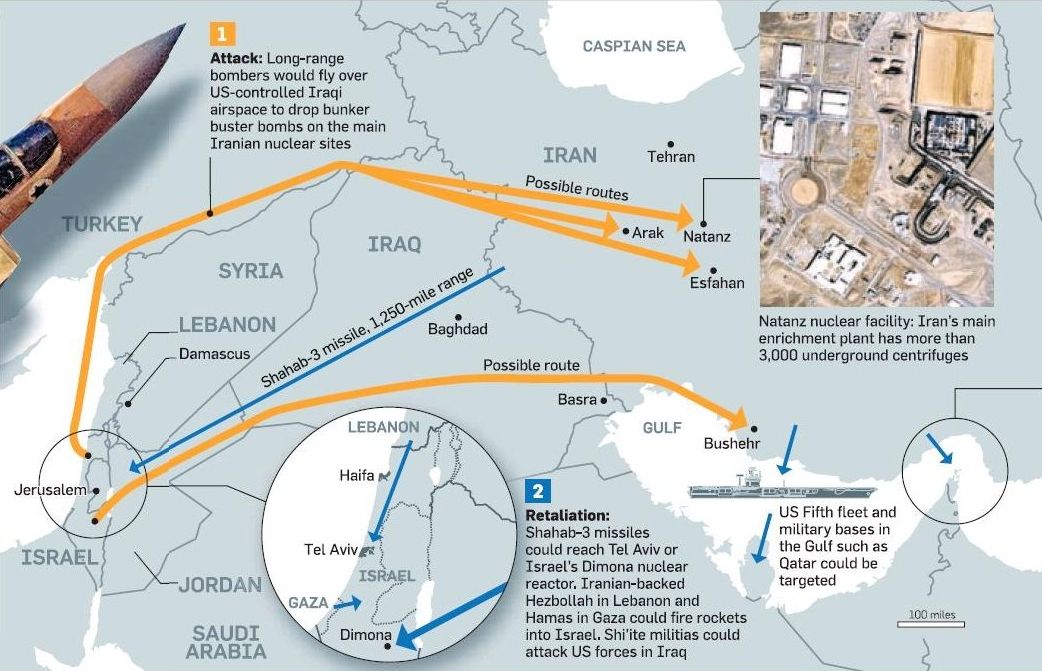 "If America and Israel shoot any bullets and missiles against our country, Iranian armed forces will target the heart of Israel and 32 US bases in the region before the dust from this attack has settled," [the Iranian Supreme Leader's aide] Mojtaba Zolnoor said. [1]


From July 15 to 18 more than 200 Turkish diplomats, including 103 of the country's ambassadors and heads of missions serving in different countries around the world, met in Ankara to discuss Turkey's short and long-term foreign policy goals. The unprecedented gathering of virtually all of the high-level personnel from the Turkish Ministry of Foreign Affairs was the brainchild of Turkish Foreign Minister Ali Babacan… [2]


I received extremely positive messages with regards to our diplomats' Ankara meeting. It seems our diplomats have made extremely "realistic comments" on the issue of Iran in particular.

According to my friends who attended the meeting, Iran was a special item on the agenda. More specifically, views were exchanged on the kind of attitude Ankara should adopt "in the event of a possible Israeli and/or US attack against Iran, should Iran not give up enriching uranium to build a nuclear weapon" .

The probability of a [retaliatory] attack by the administration in Tehran on US bases in the region was regarded as being "unlikely". So, our diplomats are not expecting "a retaliatory attack by Iran on the Incirlik [US Airbase] ". Their argument is that "If Iran carries out a missile strike against the US targets in the region, then they would wipe Iran off the map. And Iranians know this fully well."

One of the participants to the meeting said that as Iran's missile technology is very backward, its missiles would not be able to carry warheads of claimed weights and their accuracy in hitting targets is very low. The example he cited in support of his argument was quite striking: "When they send a missile to Ankara, it would end up landing on Moscow." [3]