Dan Amos is a commited vegan shactivist who was arrested and bailed as part of NETCU's Operation Achilles, involving 32 separate police raids and 700 police officers in the UK, The Netherlands and Belgium on May 1st 2007. 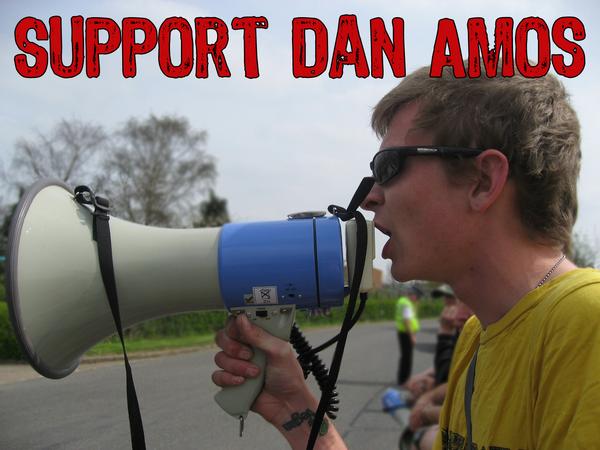 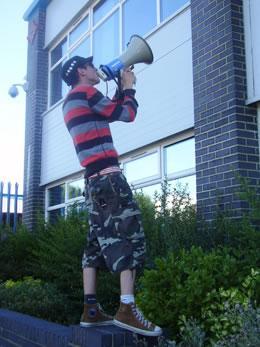 Dan was charged with "conspiracy to blackmail" Huntingdon Life Sciences and was remanded today on 30th July 2008 at Winchester Crown Court after pleading guilty due to circumstantial evidence and the possibility of a trial lasting up to six months.

He is currently being held at Christ Church Police Station due to mass overcrowding of all prisons. He will be sent to the next prison available with a spare bed, so it is unknown where he will be.

The trial for the other defendants is due to start on the 29th September 2008 at Winchester Crown Court.

We will update and post bulletins as soon as we are updated on his whereabouts. Please add the Support Dan myspace to show your support.

http://indymedia.org.uk/en/actions/2008/shac to learn about the campaign against the notorious animal testing lab, Huntingdon Life Sciences (HLS).

Once Dan is settled in a prison, please send him letters of support or in the mean time, leave comments of support on this myspace.