The ride stops for a rest by the cafe, with workshops, talks displays and demonstrations. Very friendly atmosphere. 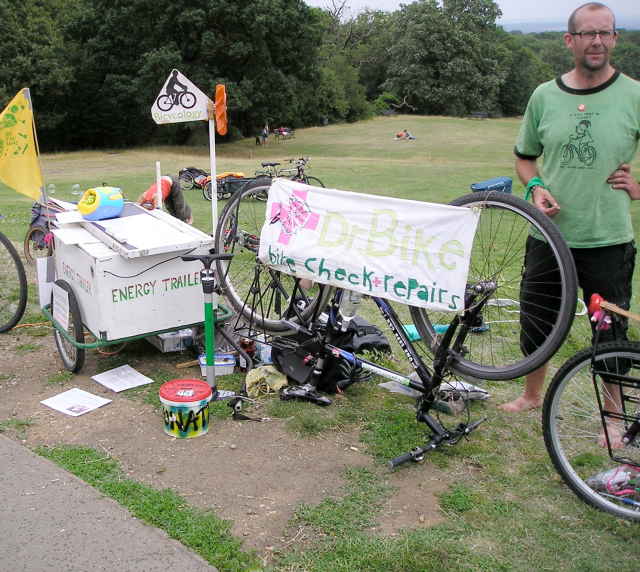 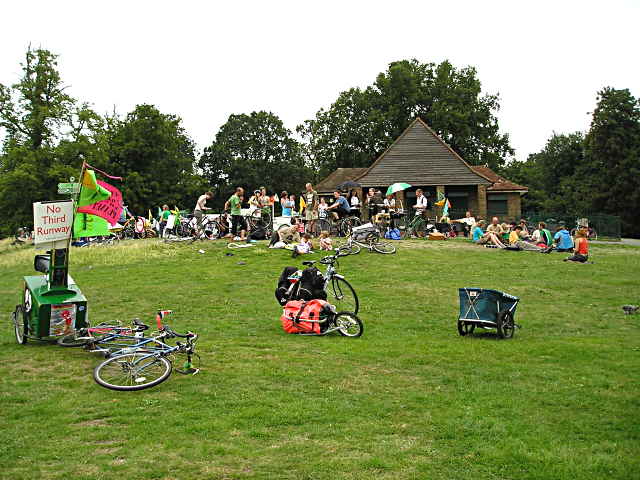 Gathered by the cafe 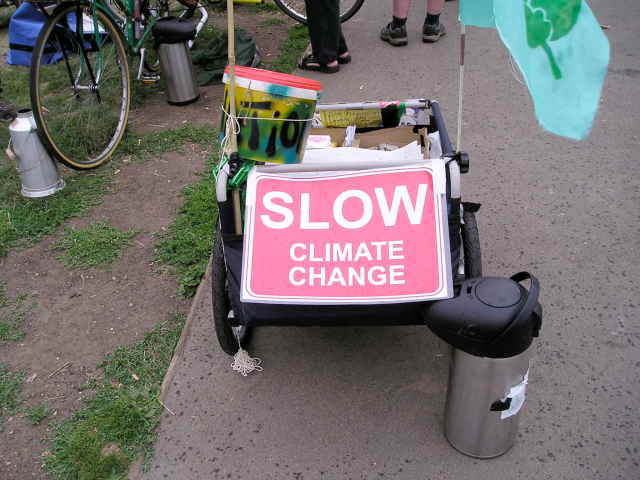 One of the placards 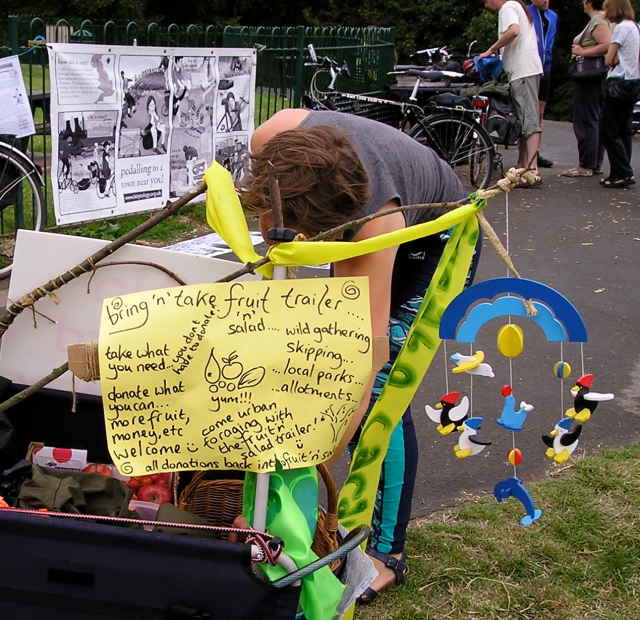 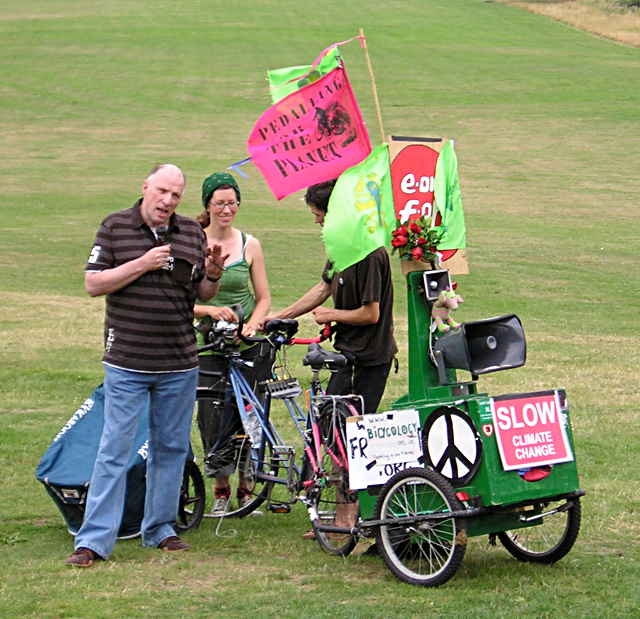 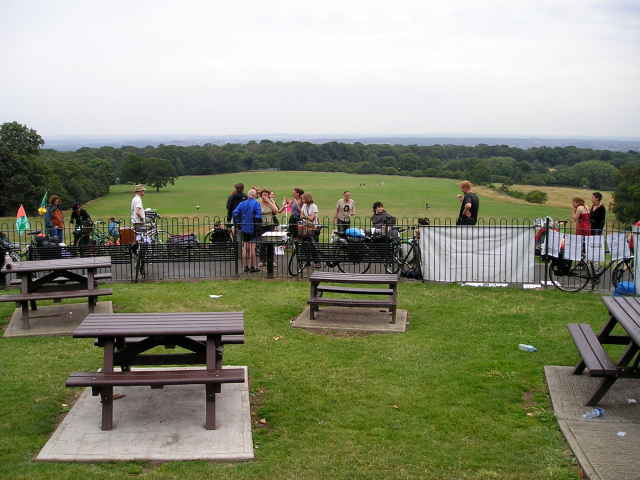 View from the cafe

Using one of the cycle systems as a PA there were talks on such subjects as anti-road campaigns, the evolution of protests and local history. Later moving on to a film show at nearby Welling Methodist Church Hall, where riders are to spend the night. Only three police with a van and no hassles.