After a rally in the centre of Rochester, Climate Camp campaigners left for the 7 mile march to Kingsnorth.
Pictures (C) 2008, Peter Marshall. All rights reserved. 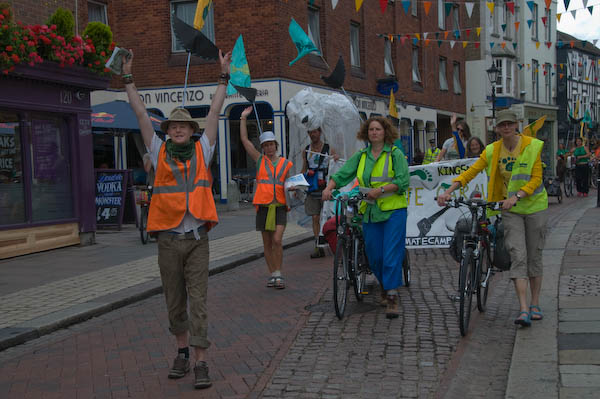 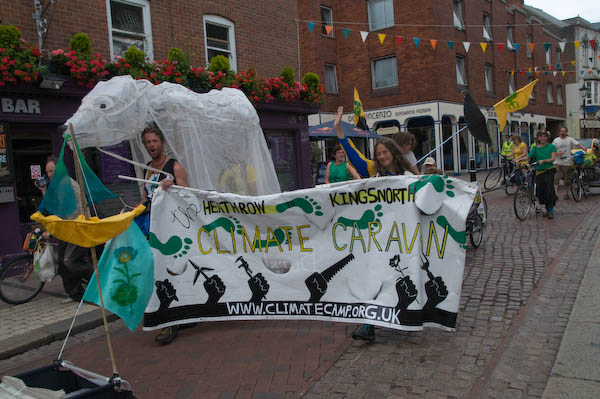 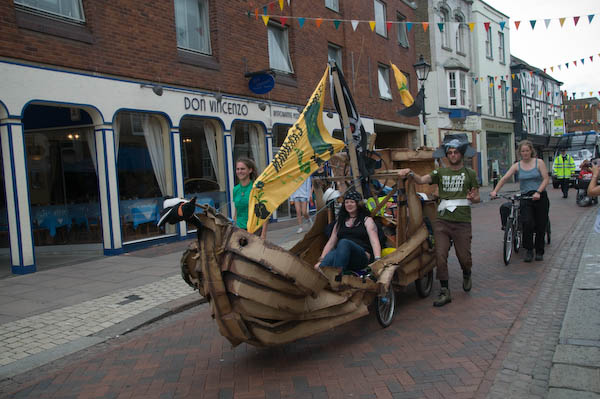 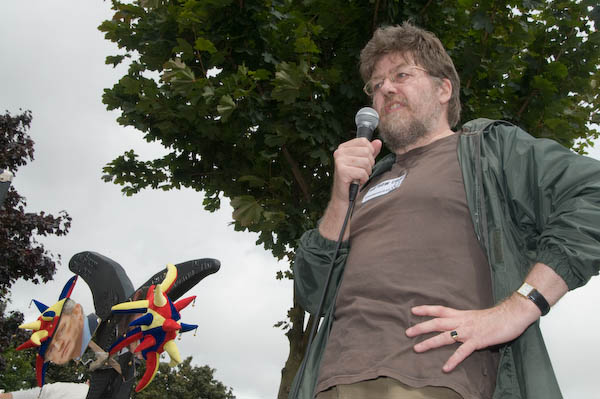 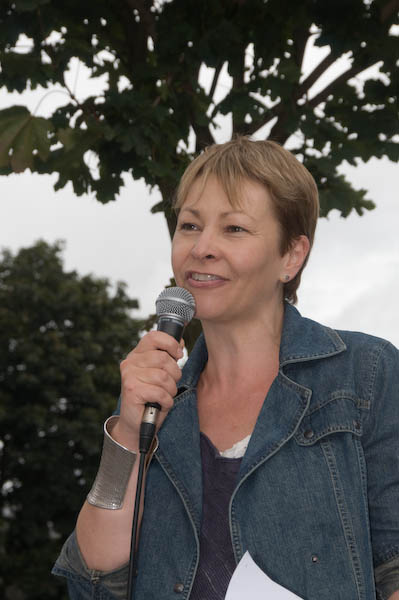 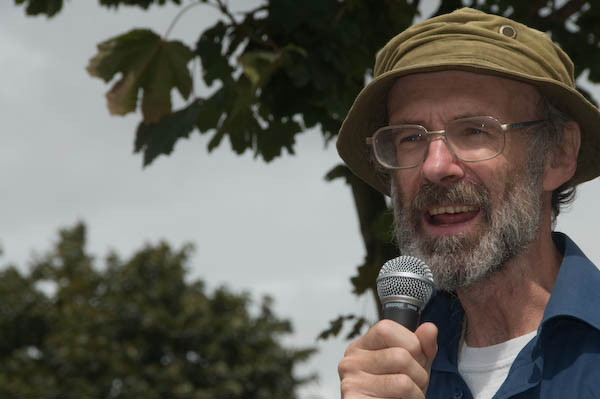 Phil Thornhill from the Campaign against Climate Change 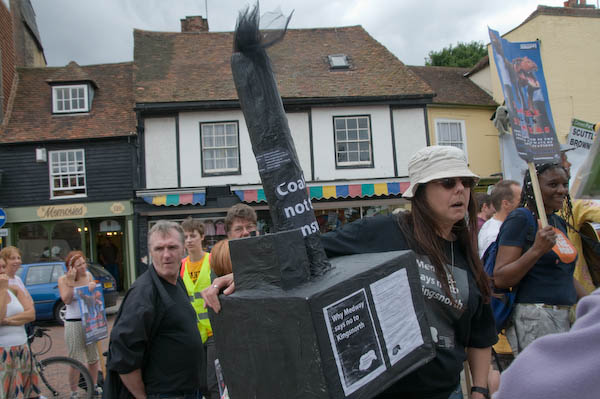 Why Medway says no to Kingsnorth 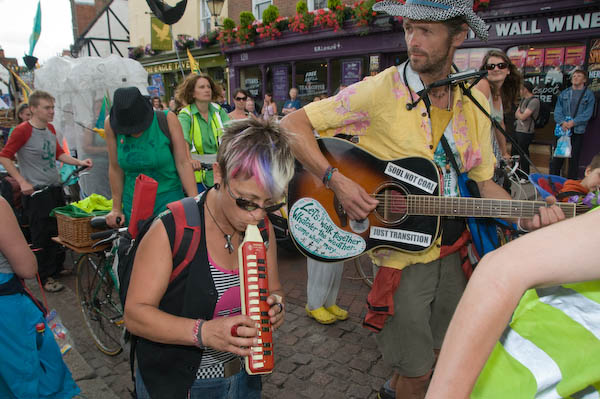 The march sets off for Kingsnorth 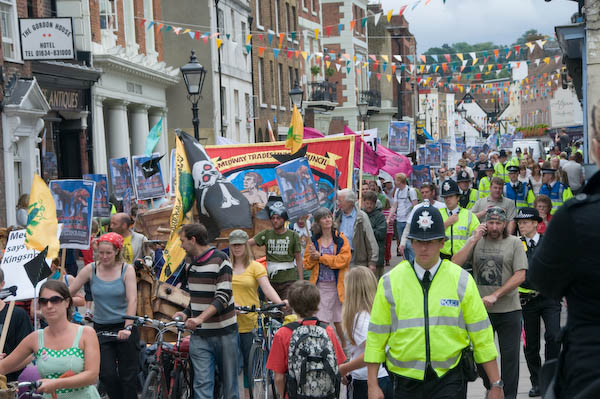 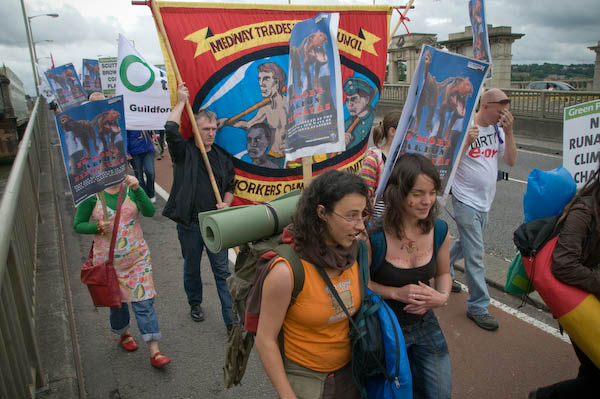 Over 300 people turned up to listen to speeches at the rally in Rochester on Sunday morning and the Climate Caravan got a big cheer as it arrived, having campaigned on a lengthy route since setting off a week earlier from Heathrow. A second 'Stop Incineration' Climate Camp Caravan arrived having spent a week campaigning en route from Brighton.

A dozen or so speakers, including a Lib-Dem local councillor, leaders of various green action groups, people from the climate caravan, a kent trade unionist, MEP Caroline Lucas and all stressed the need to stop the highly polluting so-called 'clean coal' power plant from being built at Kingsnorth.

Phil Thornhill, of the Campaign Against Climate Change reminded those present of the Global Day of Action on Climate Change on 6th December 2008, midway through the UNFCCC Climate Talks in Poznan, Poland. No Airport Expansion, No Third Runway at Heathrow and No New Coal will be among the major issues for the London march.

The march filled Rochester High Street as it set off, going over the bridge across the Medway and making its way to the Climate Camp site at Kingsnorth for the week of activities and action there. There was a strong police presence, including some familiar faces from the Met, and I noticed one police van which said it was from Staffordshire.

I left the march at the top of a long hill a couple of miles on, with just under 300 people making their way to Kingsnorth. Unfortunately I have to go to Glasgow and will miss the camp itself. More pictures from the march on My London Diary later in August.