Caravan and March to Climate Camp 3-8-08

The March began in Rochester where it was was joined by the Caravan. 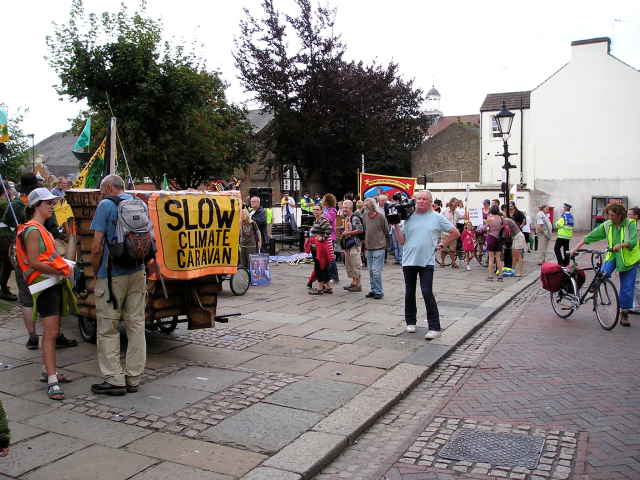 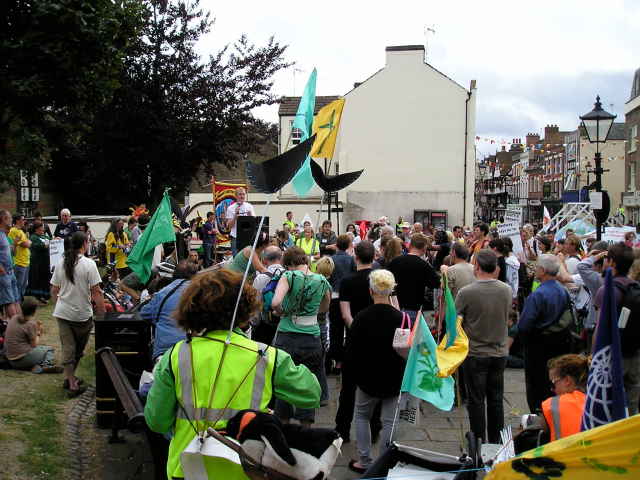 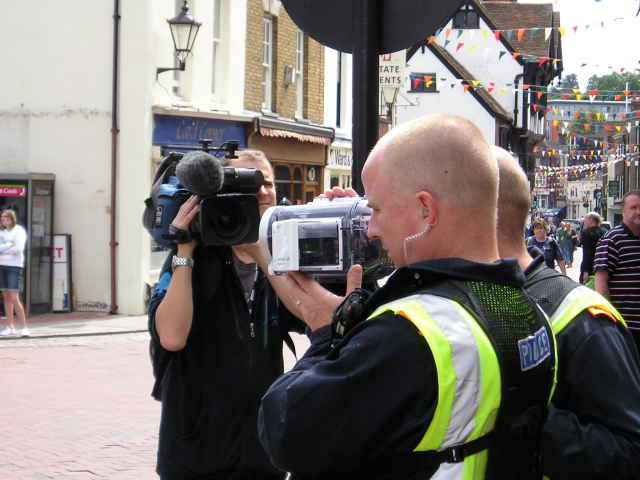 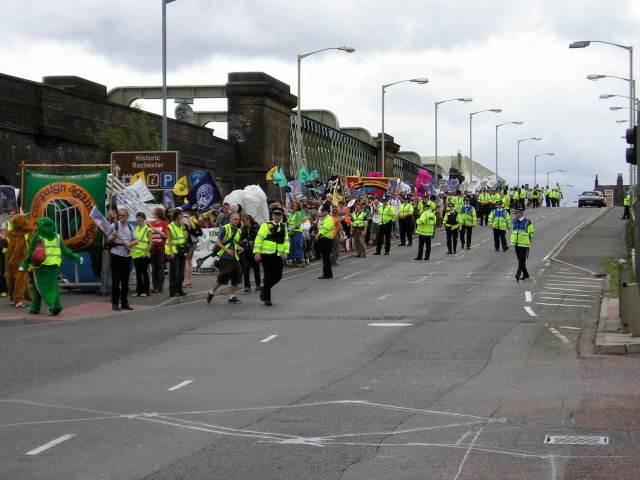 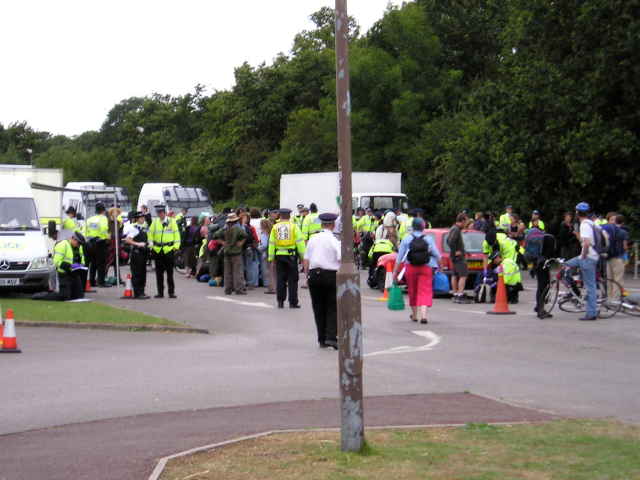 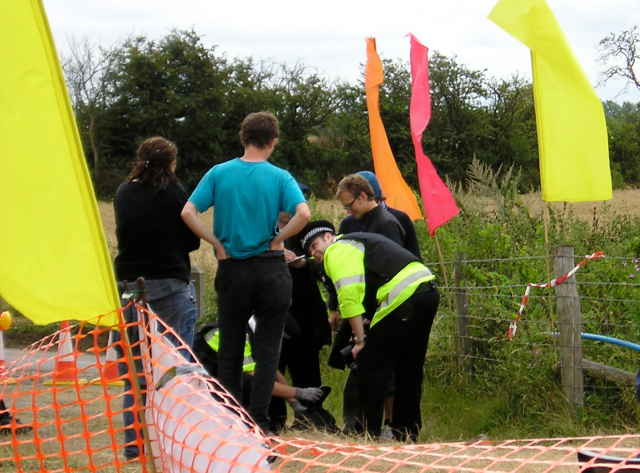 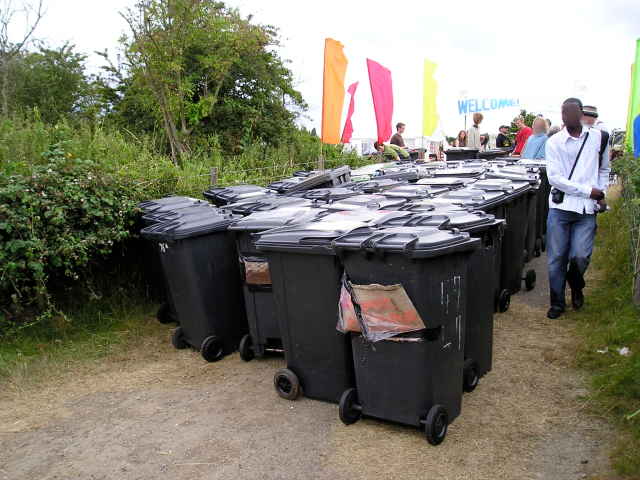 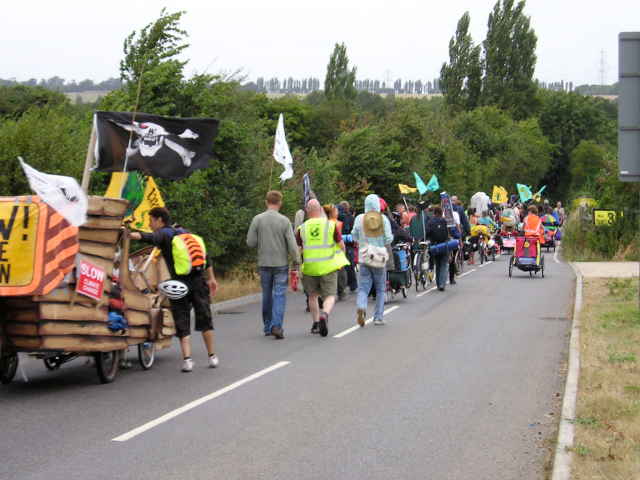 Caravan and March approaching the Camp.

Before the start of the March in Rochester there were several inspiring speakers and curious local onlookers. The March got under way with a large police presence, including a FIT photographer and a very loud helicopter. Back at the Camp searches were taking place in a nearby car park and again at the entrance to the site. The reason given on my written search report, aka 'pink slip', was “Information of criminal intent Climate Camp” and the power given was 'Section 1'. Having a pink slip avoided the second search and should be demanded from the police when searched. You don't have to give your name and address.

At around 5pm the police left the Camp entrance, which was quickly blocked by a temporary barrier of wheelie bins, to stop the cops returning, but the mass searches down the road continued. Finally, the Caravan and March approached the Camp just as it started to rain. 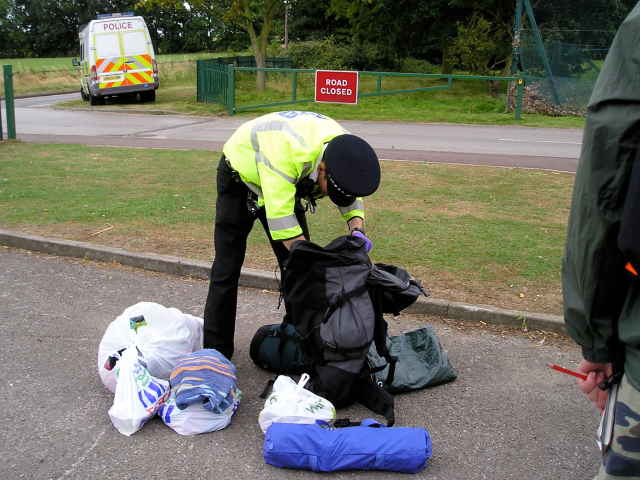 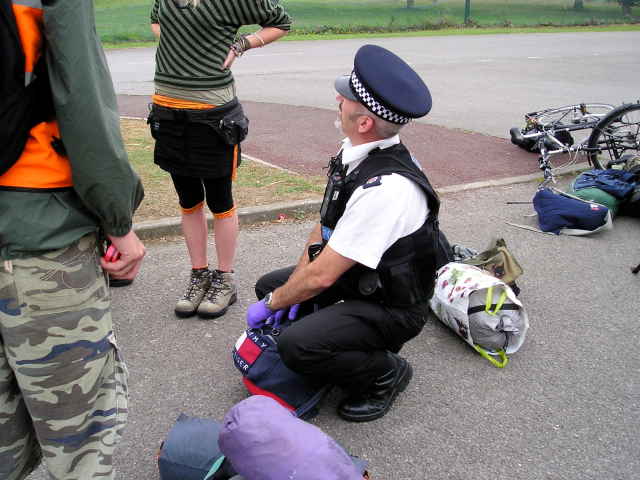 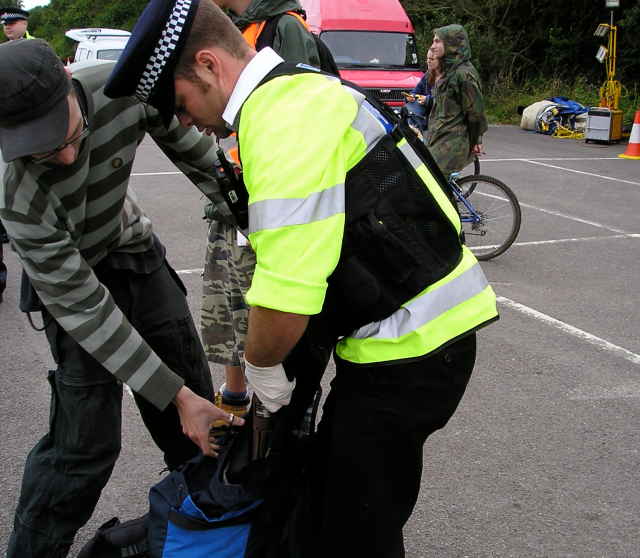 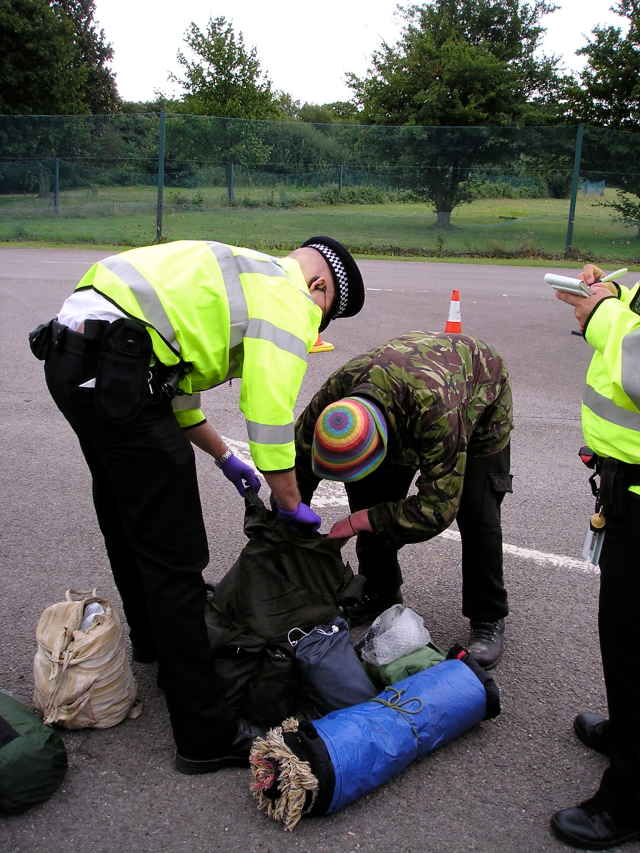 A sample view of searches of being carried out. As one cop who searched me said, "I don't like a camera right in my face". Tough! We get photographed all the time by their workmates in the Forward Intelligence Team. Blame it on the bosses.

Reports elsewhere list the sort of items they are looking for but there can be little doubt the aim is to cause maximum inconvenience as a means of repressing political dissent while not appearing to be doing so. It would be foolish to be carrying a knife of any sort in the present climate of opinion, and a d-lock has several uses, but be prepared to have your crayons and ball point pens confiscated and have to wait in a long-queue. Maybe a good opportunity to create a sort of friendly festive gathering while waiting?

look at the bust card for further details:

and go to the legal training on the camp site and consider assisting by being a legal observer so you can let others know they don't have to give their details and other rights :D

their is also the activist legal project with loads more stuff: