The Labour group at the Rotten Borough of Rushmoor has discovered the blindingly obvious, that Aldershot has a failing town centre! 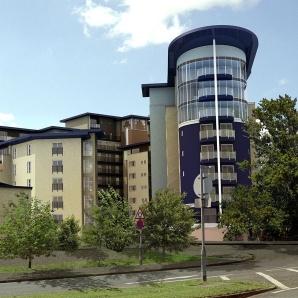 'If Westgate or something similar isn't delivered, Aldershot will go backwards rather than forwards and nobody wants that.' -- Councillor Keith Dibble, Labour Group Leader, Rotten Borough of Rushmoor

'I want to see Aldershot grow and Westgate be completed. But through no fault of anyone in this council or in government, the bottom has fallen out of the housing market. These are bad times, but we remain optimistic that we, together with our partners, can do something about this.' -- Councillor Peter Moyle, leader Rotten Borough of Rushmoor

With his crass comments on Aldershot town centre, Keith Dibble has shown why Labour is in free fall and squabbling amongst themselves and why Labour has become virtually unelectable in Aldershot. Not that the thoughts from the other parties are any better.

Dibble and his fellow neo-Labour clowns have recently been seen out and about carrying out a survey in Aldershot town centre through which they discovered the blindingly obvious: that Aldershot is not worth visiting, that it is in need of regeneration and that the local council, the Rotten Borough of Rushmoor, is to blame.

If nothing else, it was something of a novelty, the neo-Labour clowns out on the streets doing something, and it wasn't even election time.

For years Dibble and others, the most prominent of which has been the town centre manager, have been attacking anyone who dares criticise the state of Aldershot town centre, saying they are giving the town a bad name. Now they appear to have have finally woken up to the state of the town centre, it seems they still do not know what is wrong, let alone what to do.

'It would be foolish to suggest that Aldershot town centre is a thriving and vibrant place. While Aldershot is a superb place to live, it does not have the town centre to match.'

Many who live on housing association slum estates with problems of disrepair and anti-social behaviour would take issue with 'Aldershot is a superb place to live'.

From the 1900s to the 1950s, Aldershot had a thriving town centre, a town local people could be proud of. The 1960s and 1970s saw slow but steady decline. This was then followed by sudden collapse.

Aldershot has all the classic indicators of a ghost town – closed-down shops, boarded-up shops, graffiti, yobs on the streets, charity shops, junk food shops. The situation is now so dire that even the charity shops are pulling out!

Two factors did for Aldershot and caused its collapse: The gutting of the heart of the town centre for a grotty shopping mall, which with a more recent extension, has always had difficulty in attracting retail tenants. An edge-of-town Tesco superstore. The blame for both can be laid squarely at the doors of local councillors like Dibble. Councillors who wring their hands and shed crocodile tears and bemoan the fate of Aldershot.

These same councillors now wish to deliver the final death blow to the town centre with Westgate.

Westgate had nothing to do with regeneration. Developers are not interested in regeneration, they are interested in whatever delivers a fast buck. If a fast buck is not to be made, they do as we have seen with Linden Homes, pull out. Westgate was all about delivering a development opportunity. To talk of regeneration only goes to show how gullible are local councillors.

Did Aldershot really need yet another nightclub? It certainly did not need more yuppie flats.

What Aldershot needs is 2-3 bedroom houses with gardens. What it also needs is more social housing.

It is Labour Party Policy to deny funding to local councils for social housing, instead to pour money into unaccountable housing associations, today's Rachman landlords.

Had Westgate gone ahead, it would have relocated the retail centre of gravity away from the town centre and towards Tesco. The High Street names the developer was hoping to attracts would have drained money out of the local economy.

Westgate, far from being regeneration, would have delivered the final death blow to a dying town centre.

What Aldershot needs is help for local retailers, stemming the flow of money out of the local economy. Basic economics which Dibble seems incapable of understanding.

Another developer, St Modwen, known across the country as the Developer from Hell, has destroyed the town centre in neighbouring Farnborough. Dibble backed that development too.

Dibble and his clowns would be well advised to look to North Camp, the only part of Farnborough that is thriving, but even here, the council seems to be determined to destroy what works, maybe because it highlights their failures elsewhere.

The only part of the borough that is thriving is North Camp, the original Farnborough town centre. Here you will find a wide range and diversity of shops and restaurants. Shops like The Deli, serving quality food, a shop restored to its Victorian roots, with the same emphasis on service. But instead of learning what works and replicating across the borough, the council seems to be determined to destroy what works. The council has recently introduced car parking charges in North Camp for streets that were hitherto free and it has already had an impact on trade.

And maybe if he looks carefully, the next time he visits Aldershot town centre, Dibble will notice that the same ticket machines as North Camp have been introduced, and as in North Camp are having the same detrimental impact on trade.

As Richard Rogers reported when he was appointed by neo-Labour to head the Urban Task Force, regeneration only works from the bottom up with the full involvement and participation of the local community. His recommendations fell on deaf ears. No profit in it for developers and consultants and big business.

Curitiba, a provincial town in Brazil, is one of those rare places where regeneration has been successfully carried out with full public participation.

Nonsense from Keith Dibble to one side, a survey by neo-Labour has helped to highlight that something is wrong, very wrong in Aldershot, but it is no substitute for informed consultation to be carried out by the local council with an open and receptive mind, consultation that it is legally obliged to carry out. Even less is it substitute for full public participation in the decision making process.

Good local government and sustainable development go hand in hand. You cannot have one without the other. In Aldershot there is neither.

If Dibble was genuinely acting in the public interest, rather than playing childish party politics, he would be asking why is public land being sold on the cheap if not at a loss to facilitate the Westgate development?

Maybe next time Dibble will do his homework.

Keith Parkins, A sense of the masses - a manifesto for the new revolution, www.heureka.clara.net, October 2003