Here are some pictures of the eviction of the Bodge House squat, on the proposed site of an open cast coal mine in Shipley, Derbyshire. 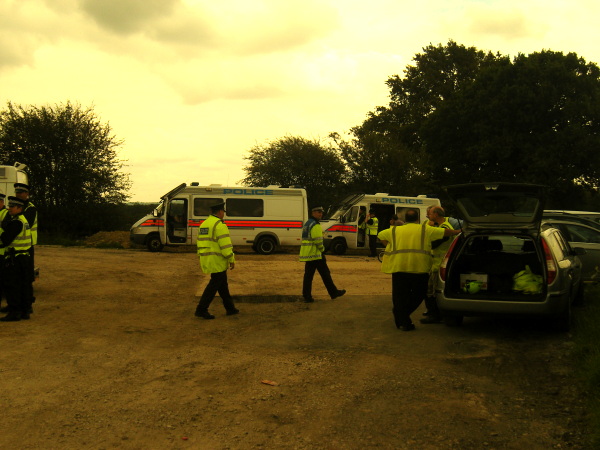 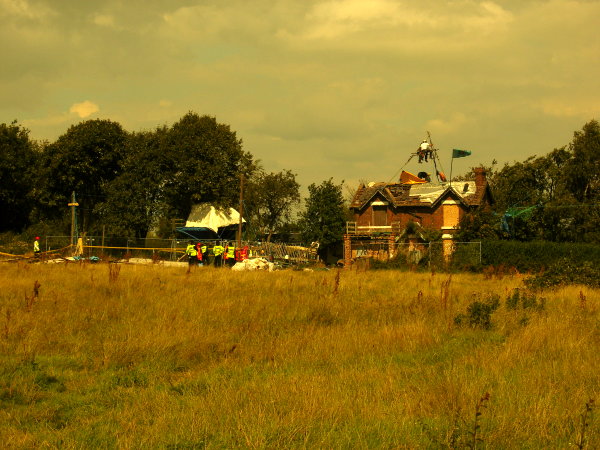 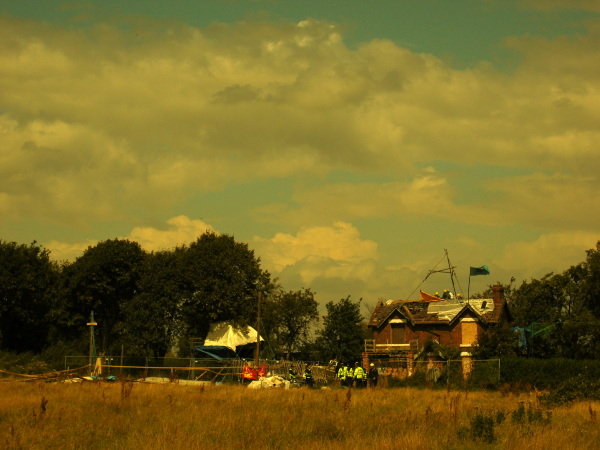 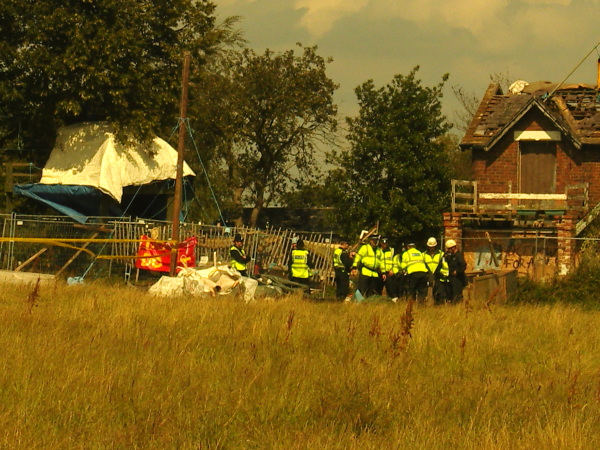 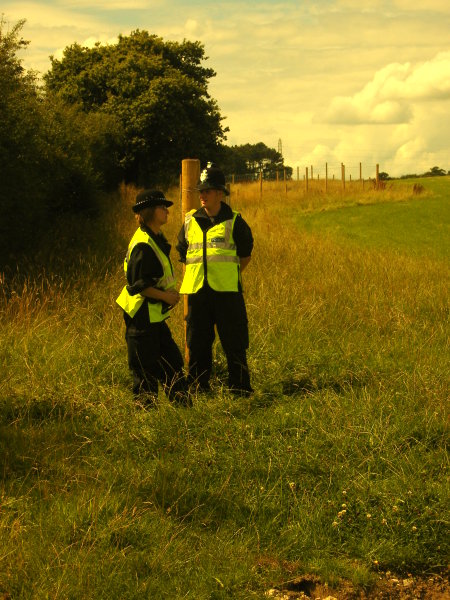 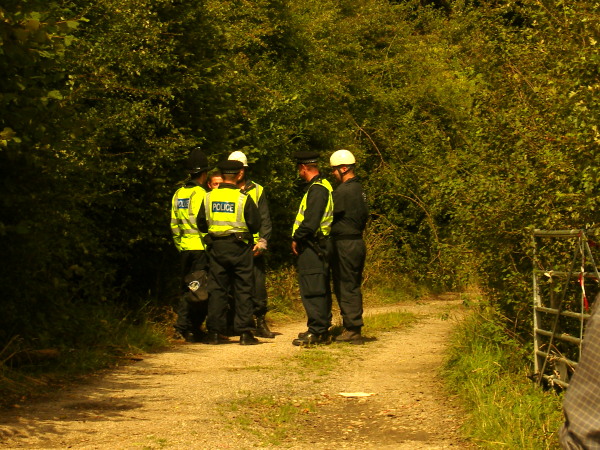 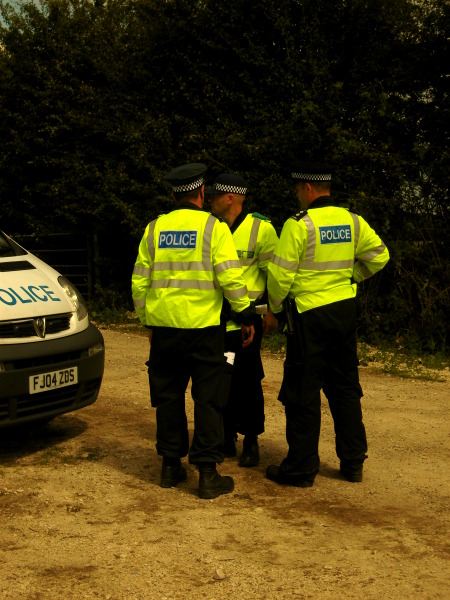 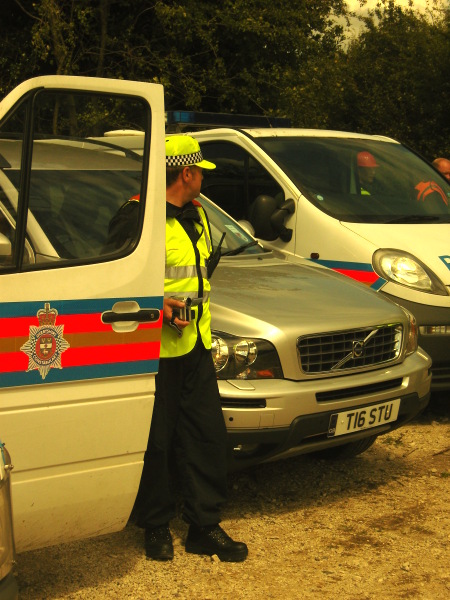 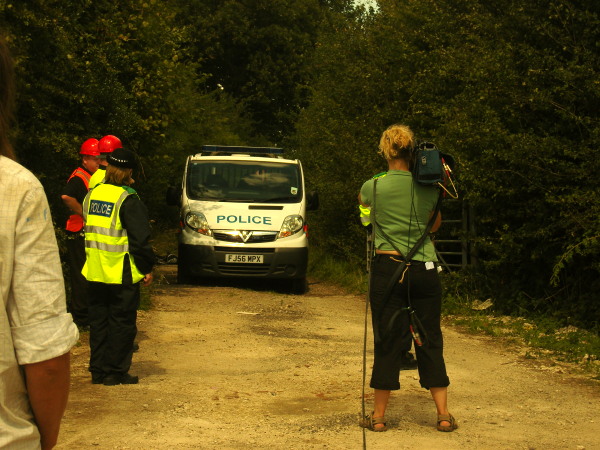 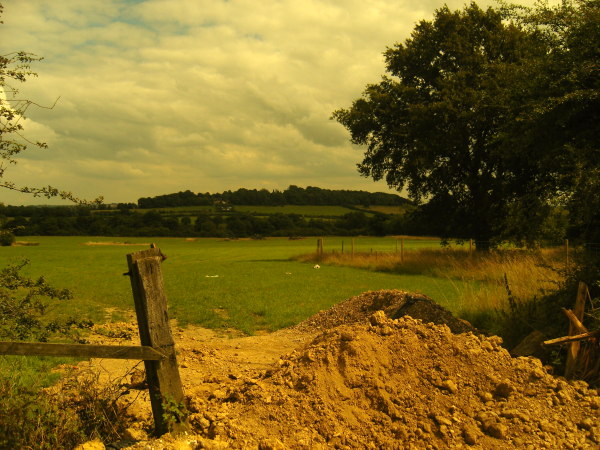 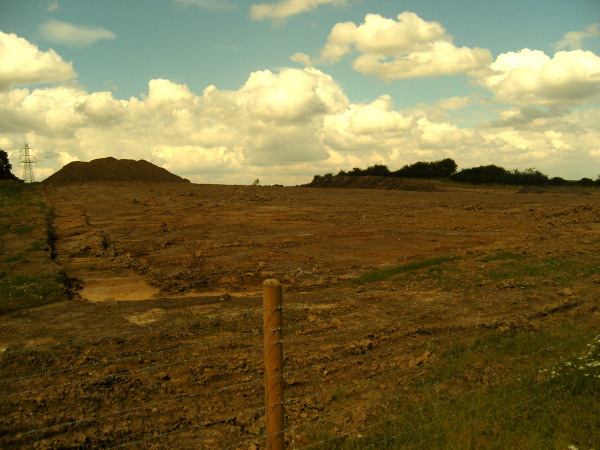 Around 7.45am about 60 police and 50 bailliffs arrived at the house. Throughout the day the police have been trying to get through the barricades and defences. Local people and media have been at the scene. So far 3 people have been removed from lockons and a cargo net outside the house and have been arrested. 7 people are still inside and are heavily barricaded in, included being hidden in tunnels under the house. The bailiffs have put up security fences and although they have managed to enter part of the building, the eviction attempt has been stopped for today. It is estimated the eviction will take at least another couple of days.

Direction to the site (PDF) -