This seems to be the main story of the day. Activists who made it to the fence utilised some tempory fencing put up by the cops to make some convenient ladders. The riot squad eventually showed up a cleared people away but not before several individuals had made it across. 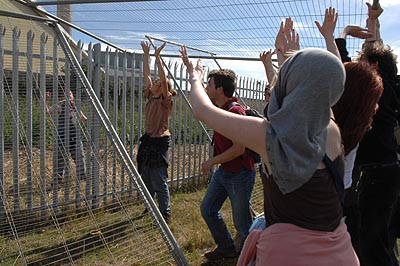 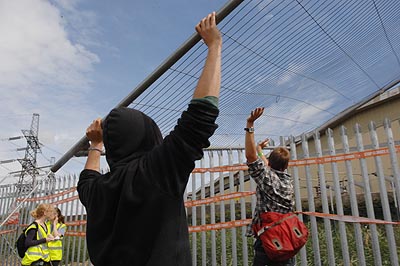 ...of those Police supplied ladders. 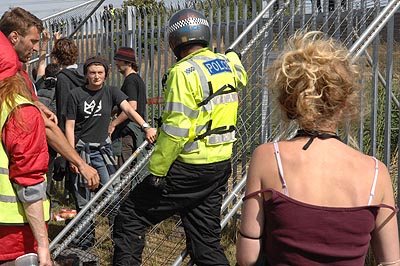 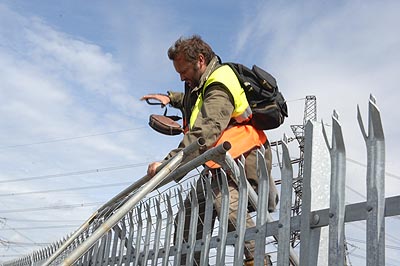 Going over the top. 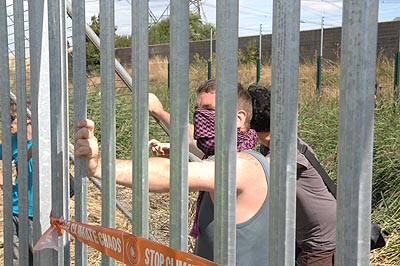 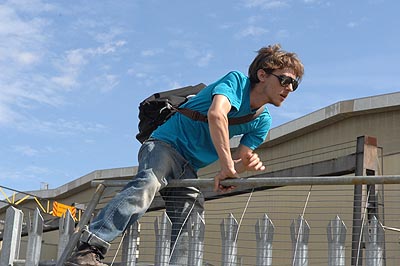 Another intruder for the planet. 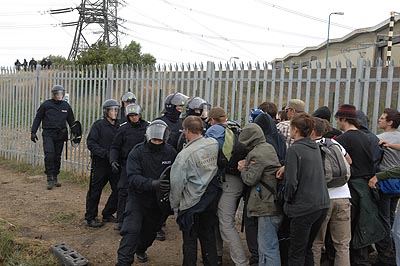 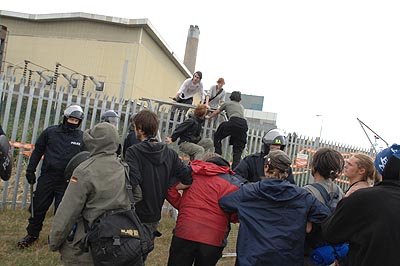 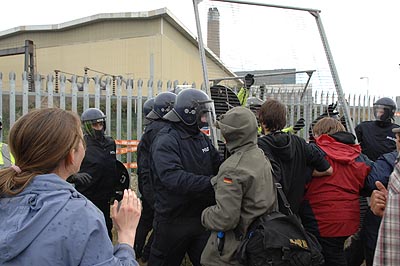 Police decide that their ladders... 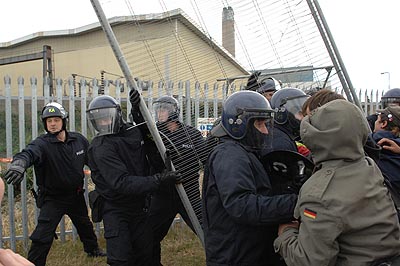 ...are not for public use afterall. 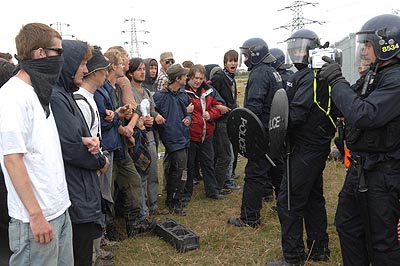 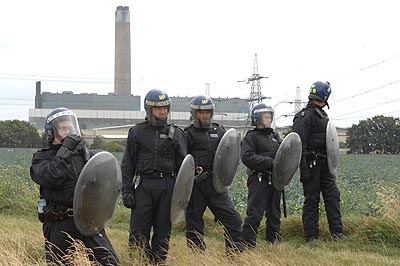 Get used to sights like this. The oil has already peaked. No more cheap power.

The electric fence put up for the occasion seemed to be switched off. Another unbelievable waste of public money? Or will this just be added to our energy bills? The Police were pretty agro free choosing to push people back rather than hit them. So Kingsnorth was slightly invaded as people at the camp had promised. On the radio a Kingsnorth spokeman was saying that power could be cut to people in Kent if too many people got it. Have they not heard of the national grid, or was that just scarmongering spin?

The problem I found with a lot of the politics of Climate Camp was that it was very anti-worker - a lot of the ideology seemed to come from Hippies, lifestyle anarchists and liberals. Some of us came with sane ideas though...

What about workers jobs?

Power generated from renewables provides more jobs than coal power - especially as more than half of the coal used in the UK is imported. Germany's fledging renewables industry already employs quarter of a million people.

Increasing our reliance on increasingly imported fossil fuels is bad for UK jobs, bad for the UK economy and also bad for the global environment.

I say again: what will happen to those currently working at Kingsnorth while the plant is demolished and rebuilt? No way will E-On keep them on.

Those workers have skills that they should get the opportunity to use more productively. E-on are about to pitch them onto the slag heap.

I don't know why the first comment has been made an addition - I guess it's due to an IMC moderator abusing their power. There were many problems with the politics of the climate camp, but saying you've got the answers and listing the other groups you say were there and are the problem ain't really very instructive.

No-one's saying the coal industry will end tomorrow, and even if they were: there's very few people employed by open cast coal mining (about 30 a site); there's no jobs on a dead planet.

no jobs on a dead planet