Pics of today's mass action at Kingsnorth power station, where there were several breaches of the perimeter fence. Activists used extra fencing that had been errected in advance of the protests as make shift ladders to scale the interior fence. Some also used them on the inner electric fence (the fence being turned off), with a small number of activists entering Kingsnorth itself.

These are pictures of one of the places where campaigners scaled the main fence. 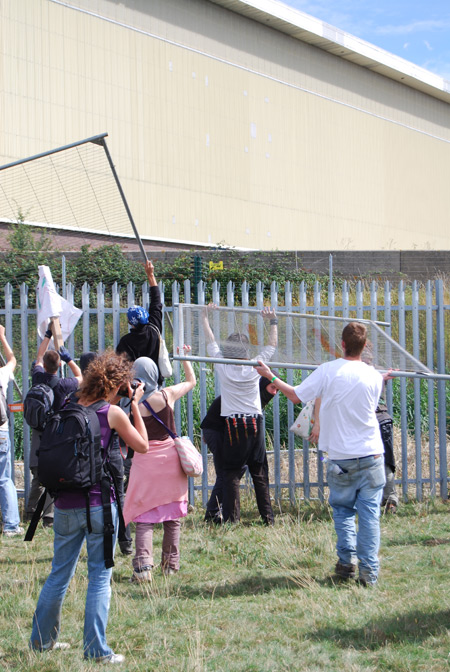 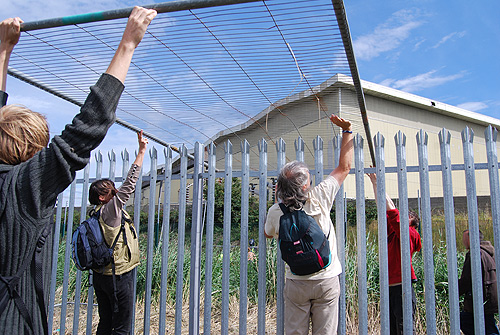 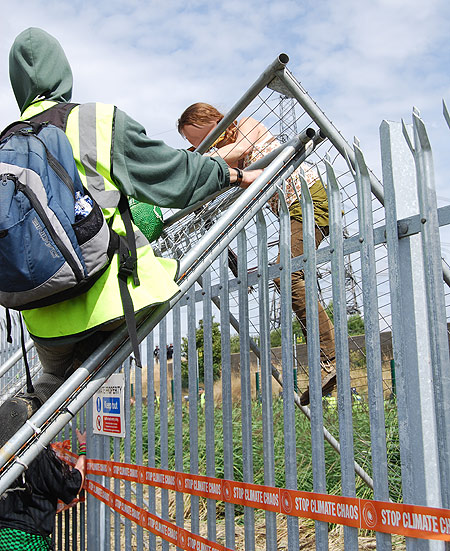 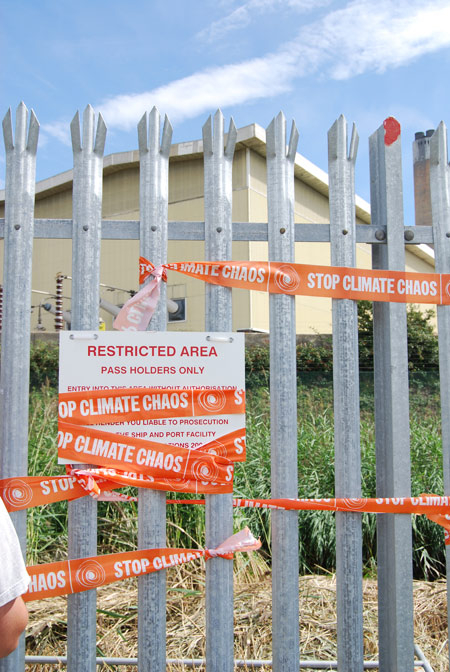 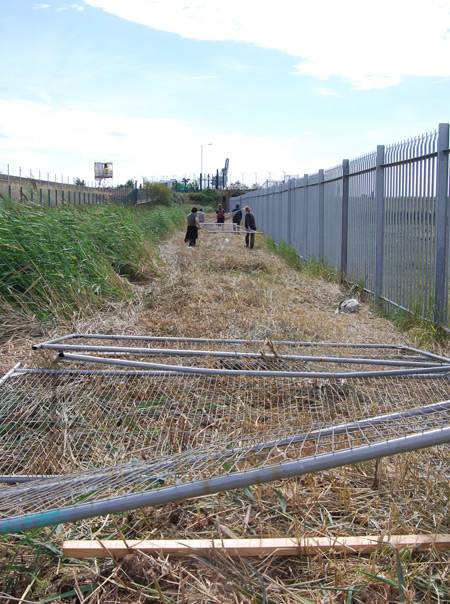 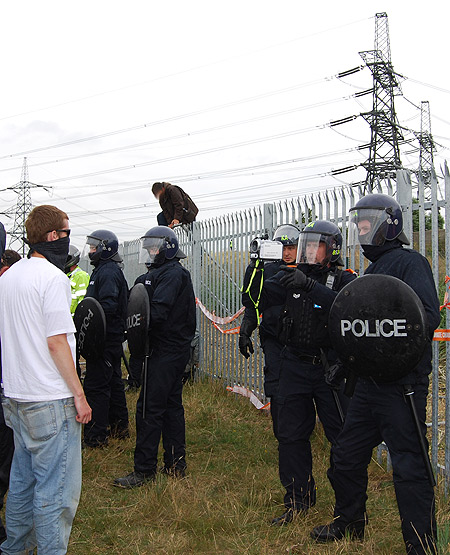 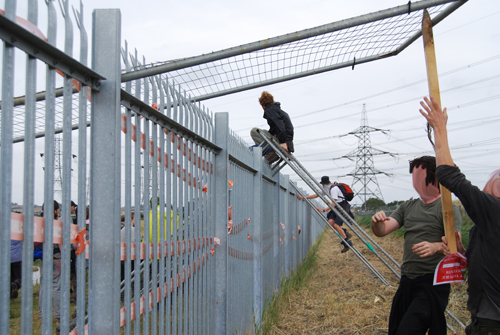 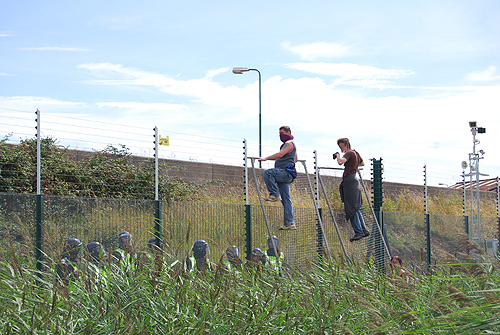 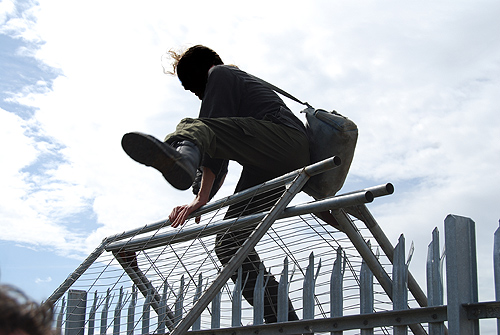 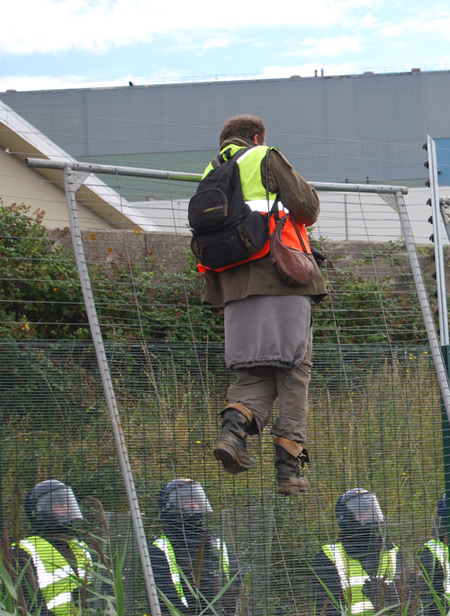 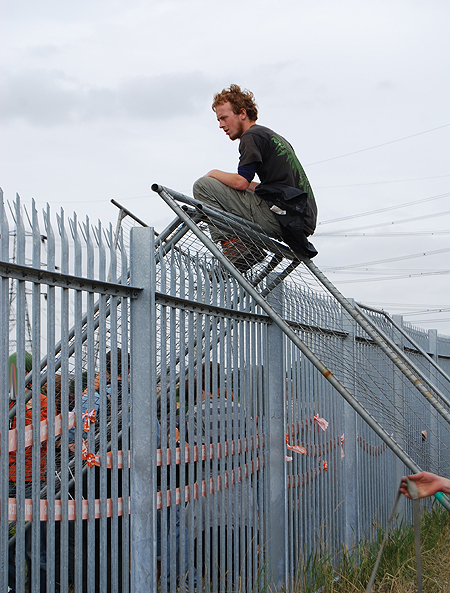 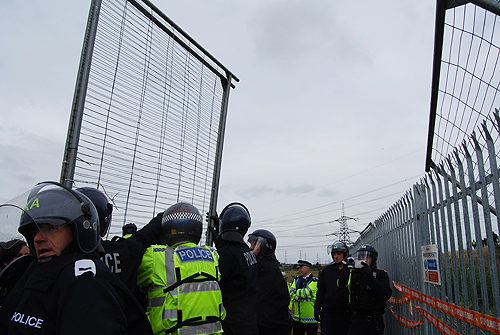 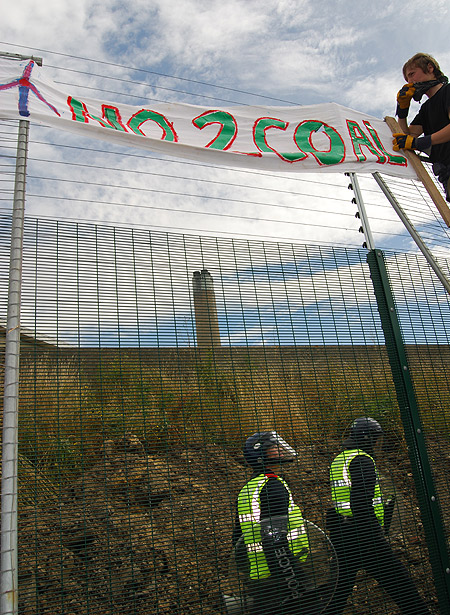 At the same time others were protesting at the main gate, side gate and approaching Kingsnorth on boats.