Knives out for the GRRR!

After the discovery by Kent Police of over 9000 weapons near the Climate Camp, it was surprising that no ninja bloc turned up for the mass action at Kingsnorth. But at nearby Upnor, the knife crimes continued... 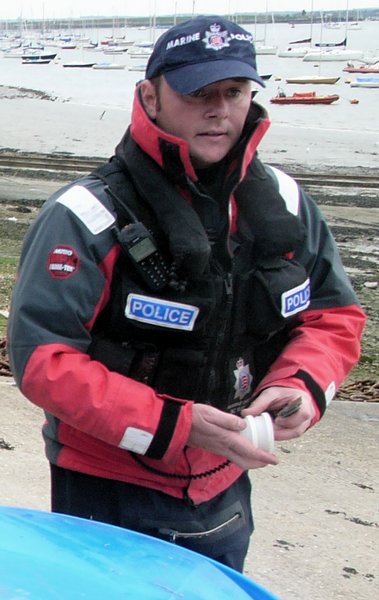 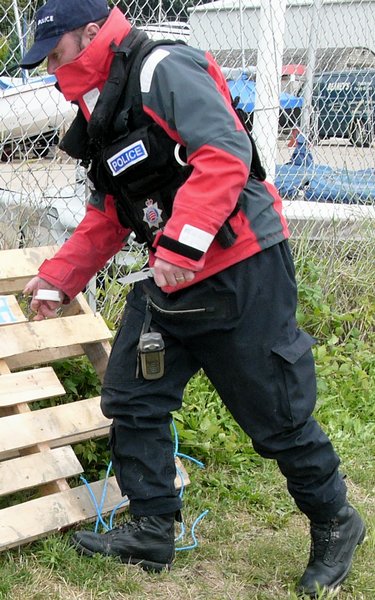 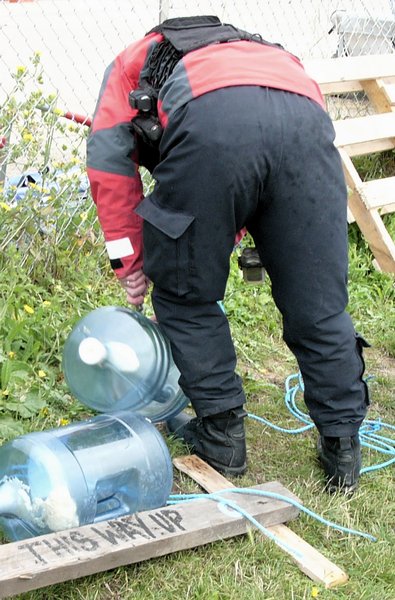 Around eleven-thirty yesterday morning, I saw officers from Essex Police marine unit dragging some of the GRRR rafts to shore at Upnor marina.

As I approached this officer was slashing ropes into short lengths, stabbing holes into barrels and slicing open water-cooler bottles to make sure that not only could the rafts not be relaunched but also that the recycled flotation materials could not be reused.

At the same time the officer had the cheek to warn some of the GRRR pirates that if they didn't take the rafts (now in 20 pieces) home they would be arrested for littering.

I pointed out that it was ridiculous for him to warn others about the law while he himself was busy committing criminal damage. He at first claimed to have a lawful excusedue to the harbour master's Special Direction (

http://www.indymedia.org.uk/en/2008/08/405745.html). I told him that this provided no power of seizure, let alone to destroy a seized vessel. He then asked why it couldn't be seized under "that Section 60 we're using" (offensive weapons search) I explained that it couldn't unless he thought it was a weapon, so he threatened to arrest me for obstructing police if I took any more photos.