Campaigners gathered outside Styal prison in Wilmslow, Cheshire on Sunday 10 August to remember all the women who have died there, to protest against all deaths in prison and to remember the massive contribution to the struggle against prison brutality made by Pauline Campbell, who died earlier this year. 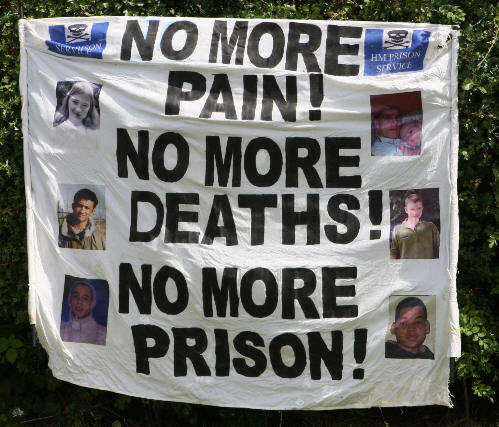 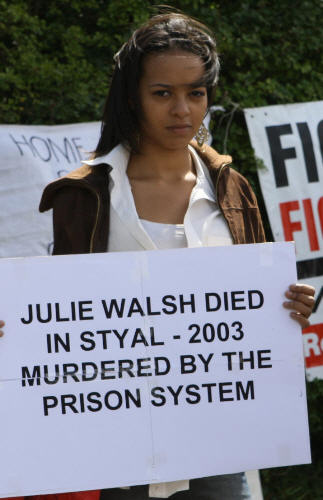 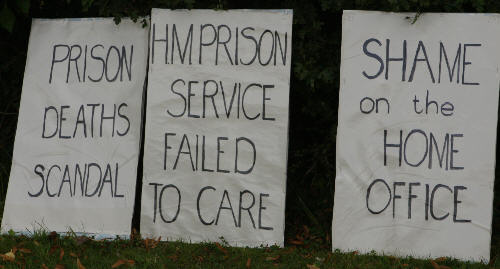 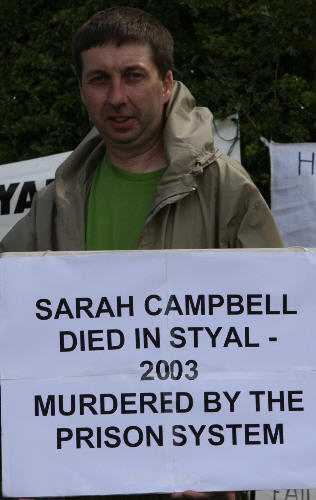 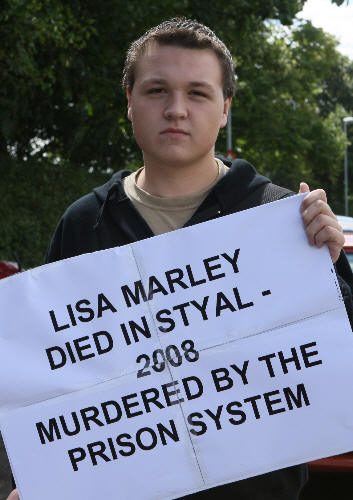 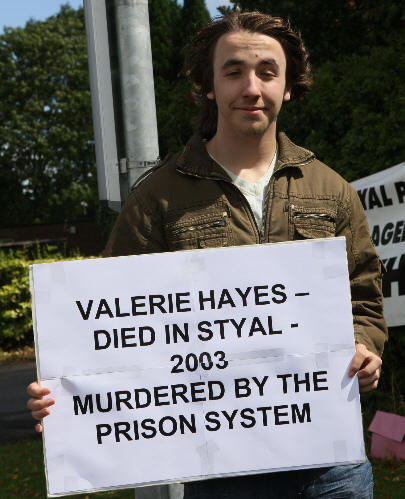 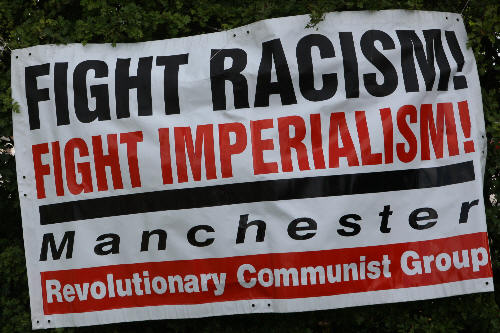 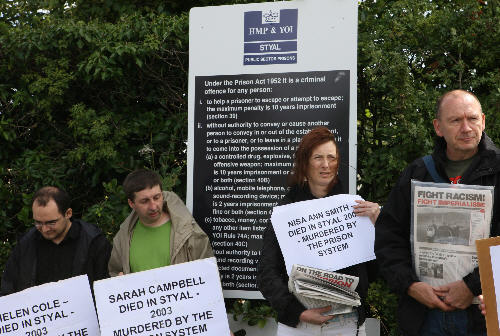 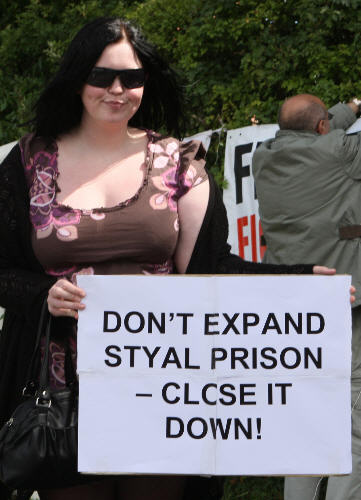 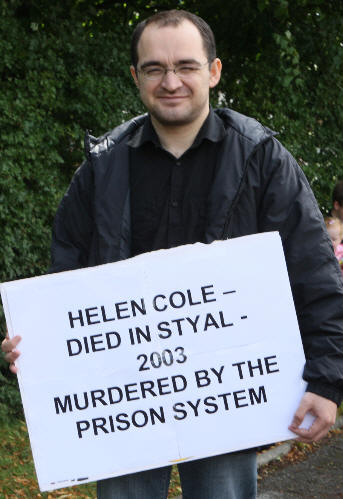 Pauline had fought for five years to highlight the abuses of vulnerable women in prison, following the death of her 18-year-old daughter Sarah in Styal in 2003. Every time a woman died in prison, she would organise a demonstration outside that prison. She travelled around the country to do this, sometimes accompanied by a group of supporters; other times standing almost alone. She was arrested 15 times and charged five times. Her contribution will never be forgotten.

10 August is Prisoners Justice Day – an annual event begun in Canada in 1975, following the death of prisoner Edward Nalon a year earlier, and first commemorated in Britain in the early 1990s.

The demonstration at Styal was called by No More Prison (www.alternatives2prison.ik.co) and attended by supporters of Fight Racism! Fight Imperialism! and Brighton Anarchist Black Cross, as well as by Guardian prisons correspondent Eric Allison and stalwart peace campaigner Joan Meredith, who participated in many of Pauline’s prison protests, and who has pledged to carry on her work.

A simultaneous demonstration took place outside Holloway prison in London, attended by supporters of Fight Racism! Fight Imperialism, London Coalition Against Poverty and Women in Prison.