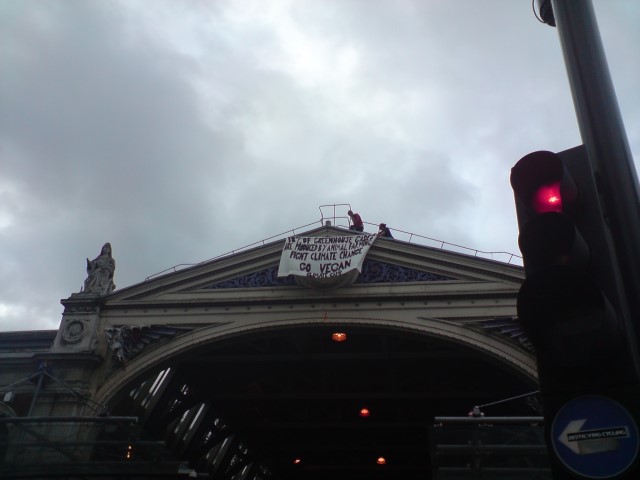 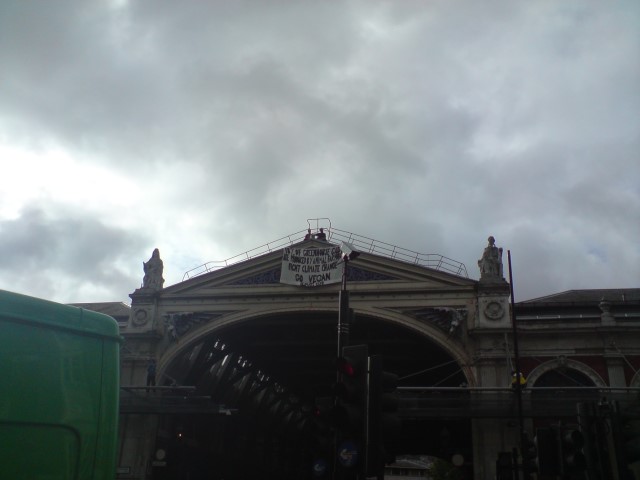 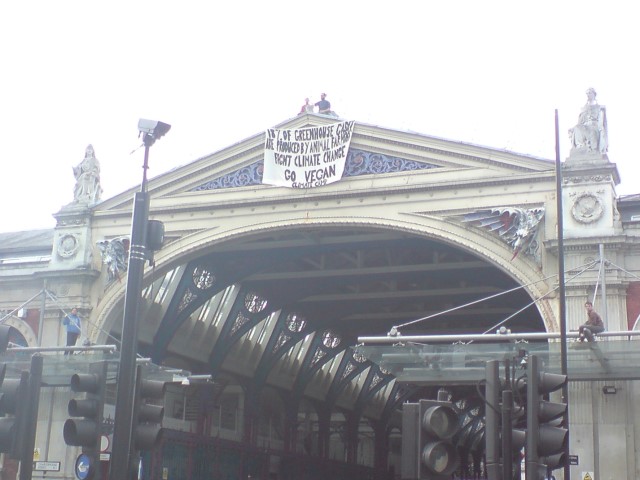 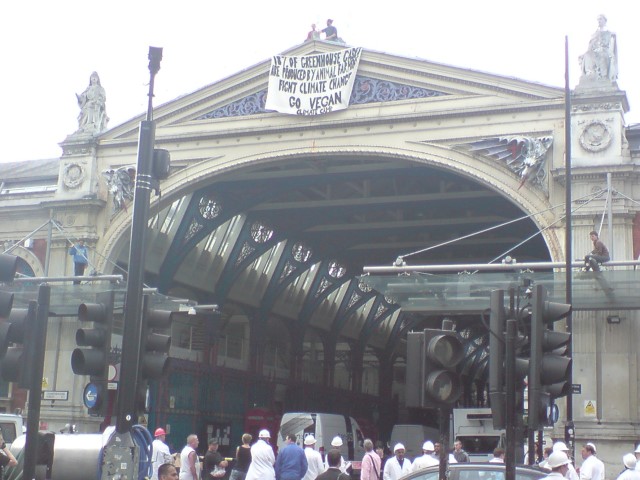 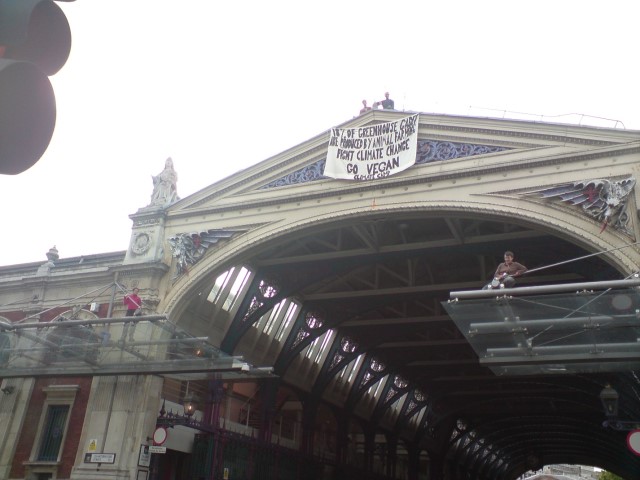 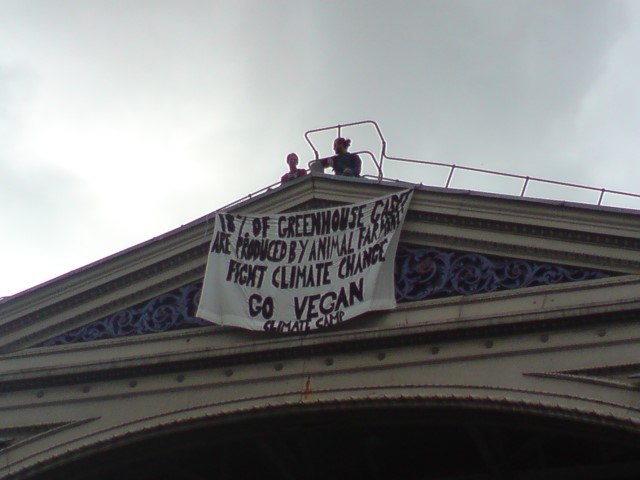 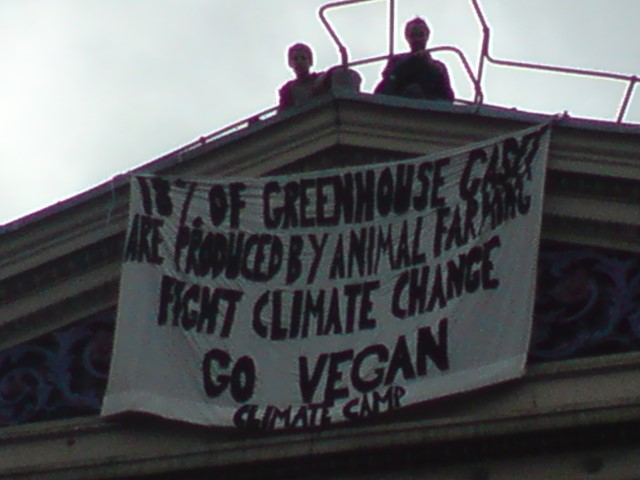 The activists also quoted the 2007 UN Food and Agriculture report that found that 18% of global greenhouse emissions are caused by animal farming – more than the entire transport sector worldwide. The protestors argue that all major political parties have failed to address this serious problem and as a consequence the public have not been encouraged to adopt an environmentally responsible diet.

The group is calling for more people to choose a vegan diet, which excludes all animal products including meat, eggs and dairy, in order to massively reduce climate altering emissions. “An animal-based diet is no longer sustainable with climate change threatening the planet, its ecosystems, and the people who depend on them,” said Clare Whitney, one of the activists.

The fossil fuel input to produce a day’s food for a vegan is just under 10,000 calories, compared to 34,000 calories for a meat eater – the equivalent of nearly 1.5 tonnes more carbon dioxide per person per year. As such, the climate camp protestors maintain, changing the way we eat is one of the most powerful ways for individuals to reduce their carbon footprint.

Smithfield market is one of the largest wholesale trading places for meat products in the UK. Eighty-five thousand tonnes of produce pass through it each year including meat, poultry and cheese.

Phil Murray, 22, noted: “the meat industry is up there with short-haul flights as one of the most environmentally irresponsible sectors.”

The action took place as part of the Camp for Climate Action, a week-long protest against the building of a new coal-fired power station at Kingsnorth in Kent, which, if built, will emit between 6 and 8 million tons of CO2 every year.


(This is actually just our press release but since the back light on our laptop just vanished we're going to have to leave it as that...)