Animal Rights groups were tipped off that the Hunting Association of Ireland was going to be hosting a breakfast seminar this morning to unite groups and companies which have been the subject of protest for their treatment of animals.

The main speaker at the event was Lt. Col. Dennis Foster (US Army, ret'd) who was described as an ''expert on animal rights terrorists" . 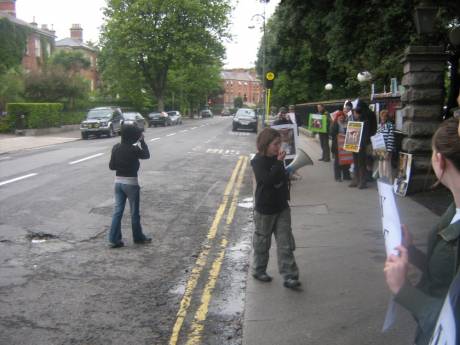 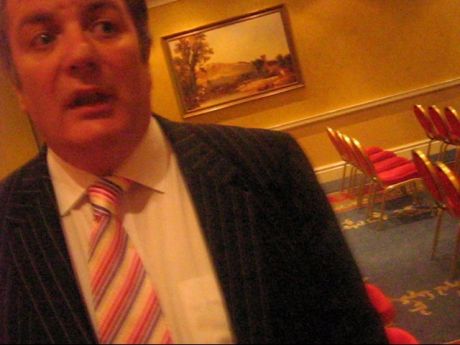 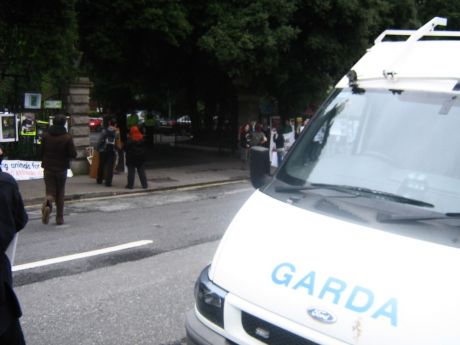 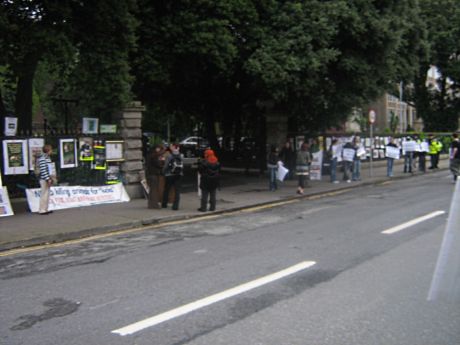 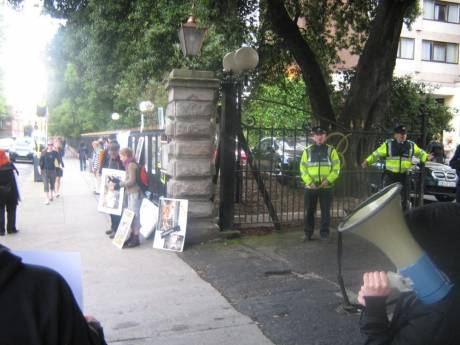 A number of groups and individuals decided to have a protest outside the hotel, and see who showed up.

Representatives of restaurants which sell torture foods like foie gras, fur farms, animal circuses, hunts, greyhound and horse racing groups, animal experimenters and others who are involved in cruelty of various sorts were invited.

The organisers had also tried to convince Padraig Walshe, the President of the Irish Farmers' Association to attend, but he had the good sense to stay well away from these extremists.

In the event, the protest outside seemed better attended than the seminar itself, with very few people wanting to get involved with the animal cruelty lobby. (An attempt was made to get a few pictures of the inside for indymedia.ie, but the organisers came all over shy...)

In the autumn the Dáil will debate a new animal welfare bill, and many people are speculating on which way the Green Party will go, given their record in government so far.

In a radio interview on rté this morning, the organiser of the event, Gavin Duffy, claimed that the protesters were actually being paid by shadowy groups from outside Ireland. From the experience of the protesters this morning, it's clear that the only remuneration received was half a bar of vegan chocolate and an apple. At that rate, for a protest which started at 7.30AM and ended at 11, there are definitely better ways of making a living...

you can see a brief video and hear an excerpt from a radio item about the protest by clicking on this link: youtube.com/watch?v=tz9b9rmhavI