Photos and Videos from Saturday's orange block march and rally

Here's some images and vids from the orange block march from the camp site to Kingsnorth station. As others have mentioned, the event really wasn't that fluffy, with one arrest plus another attempted arrest and baton attacks en route, plus many more arrests at the gates when demonstrators refused to obey a police helicopter dispersal order.

We finally get moving as police end kettle - video/avi 8.3M

The "disparate" (according to BBC) protesters march past - video/avi 8.3M

Change Is Gonna Come (even a cop was moved to tears) - video/avi 8.3M 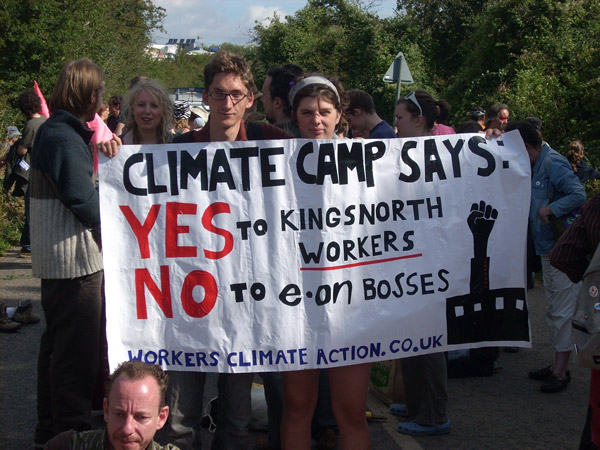 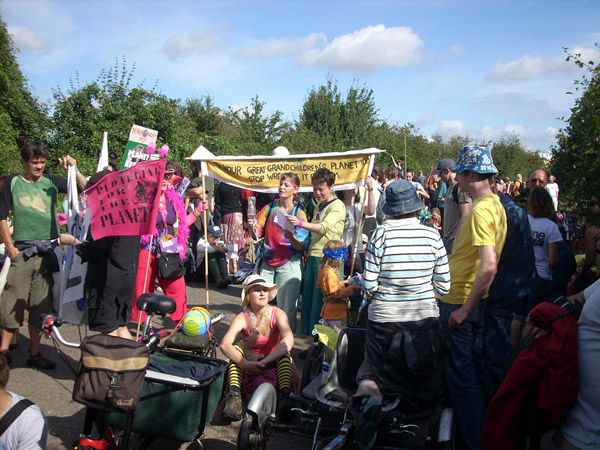 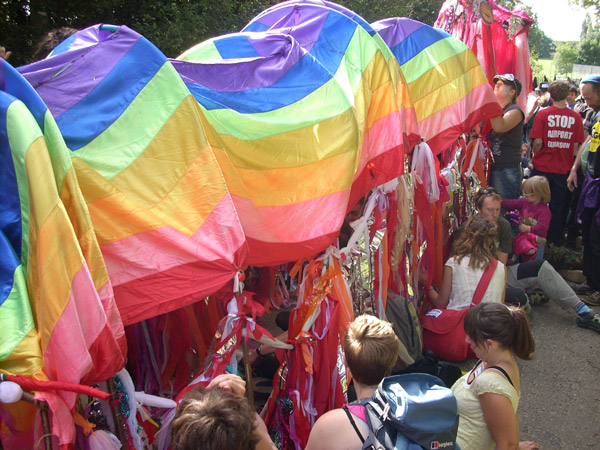 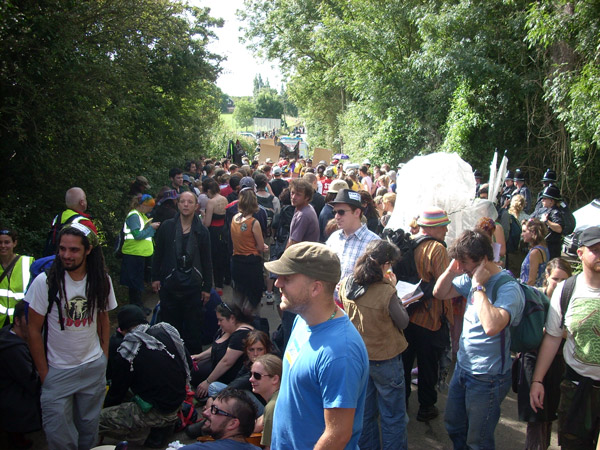 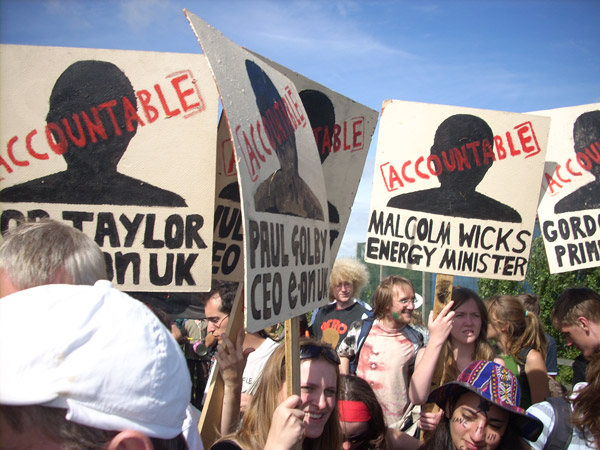 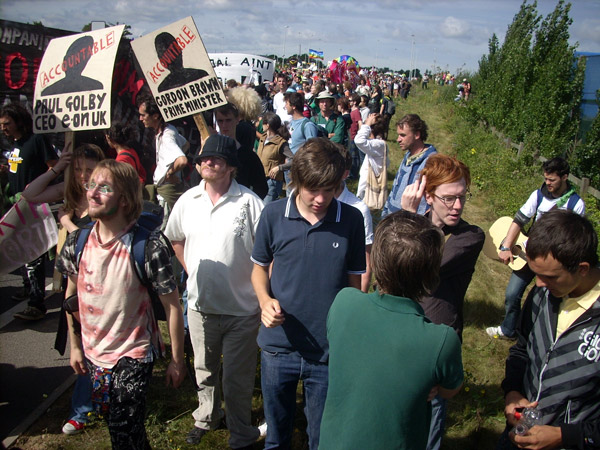 Finally we get moving! 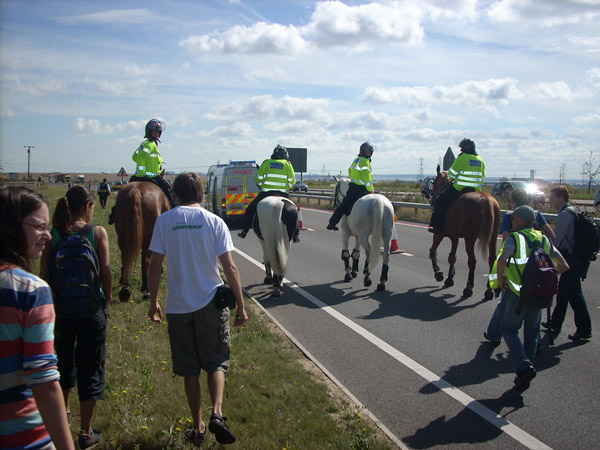 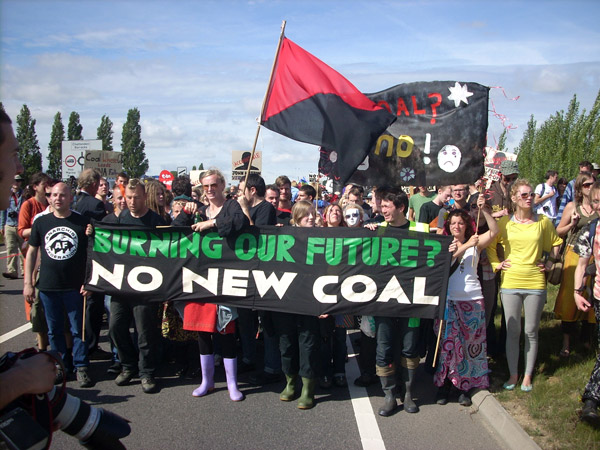 The view from the head of the march 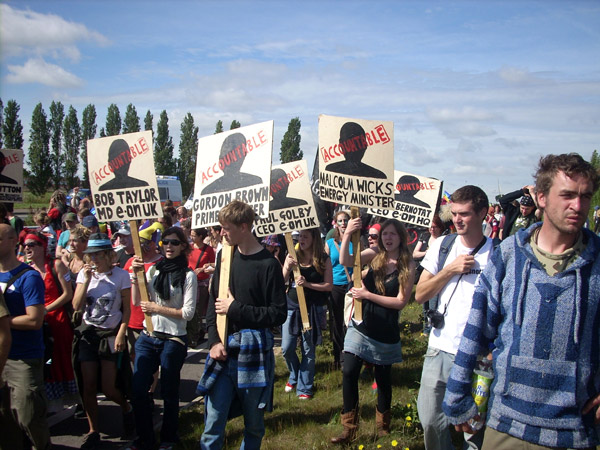 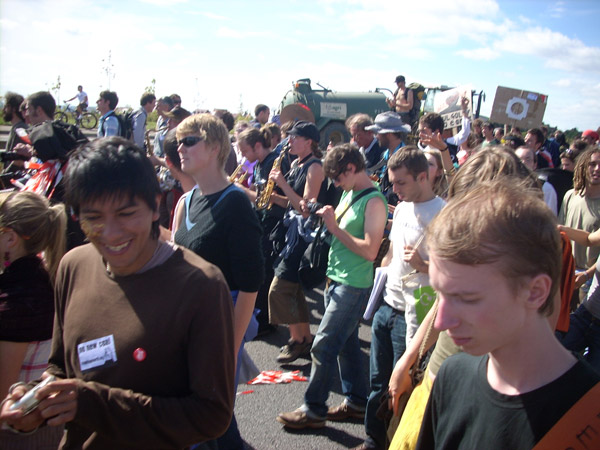 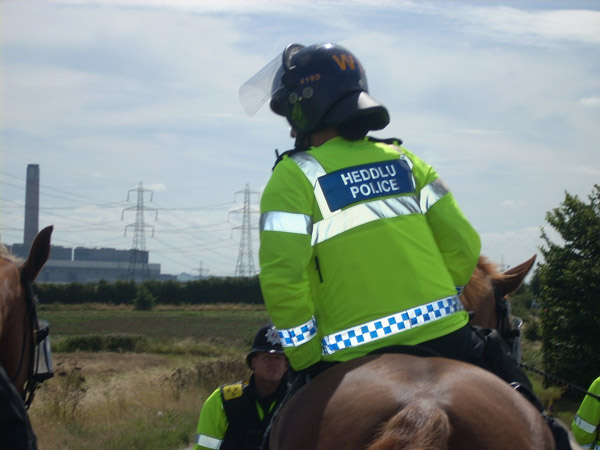 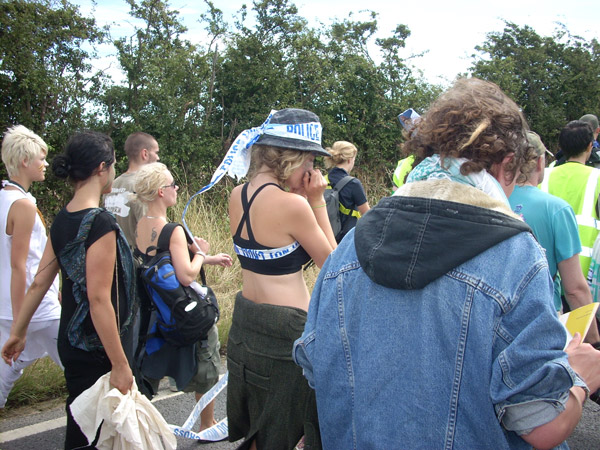 Arresting police tape is this season's must have accessory 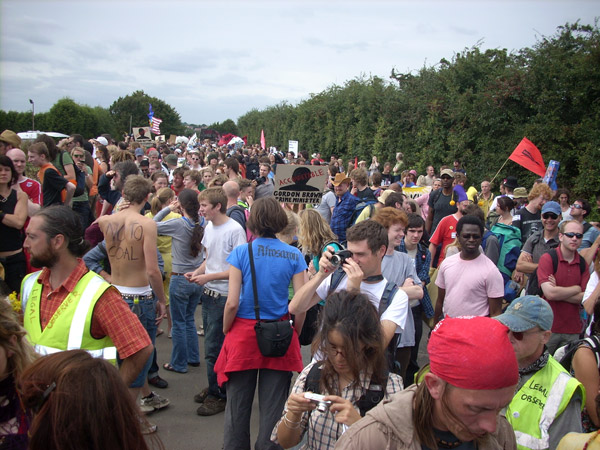 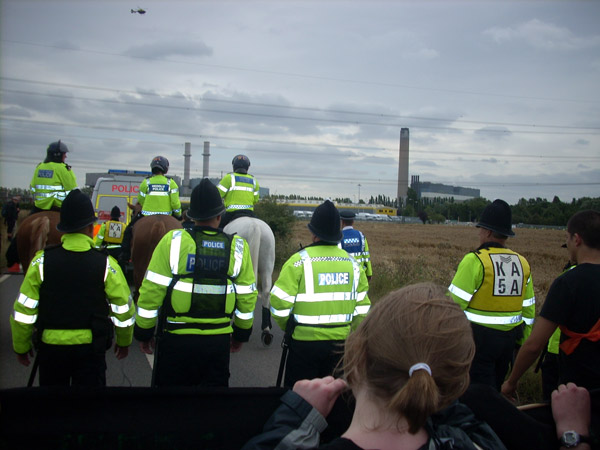 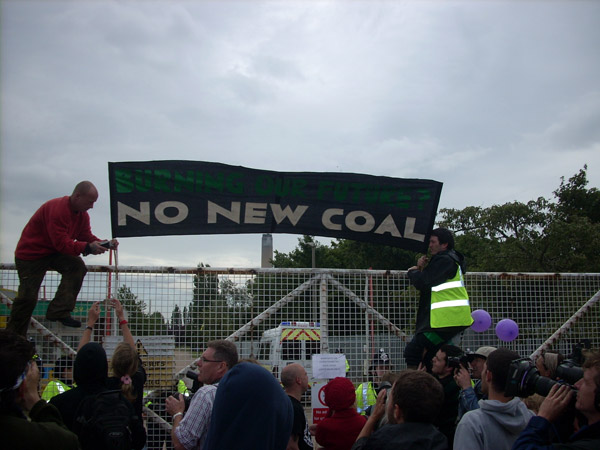 The demonstration reaches the station gates 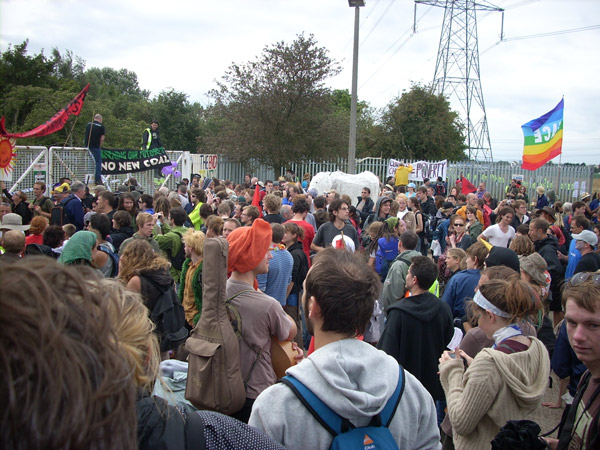 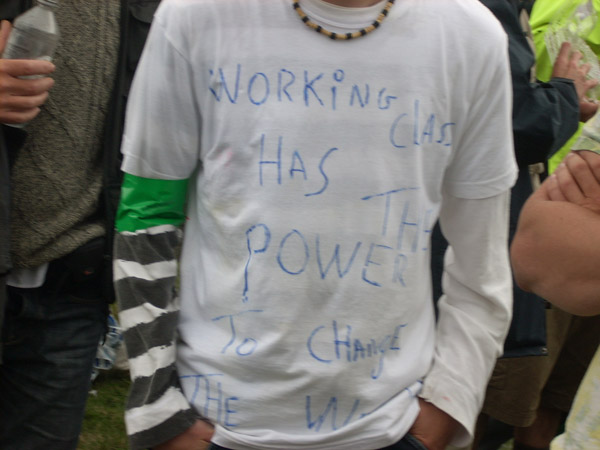 Coal or solar, it is the working class which shapes the world 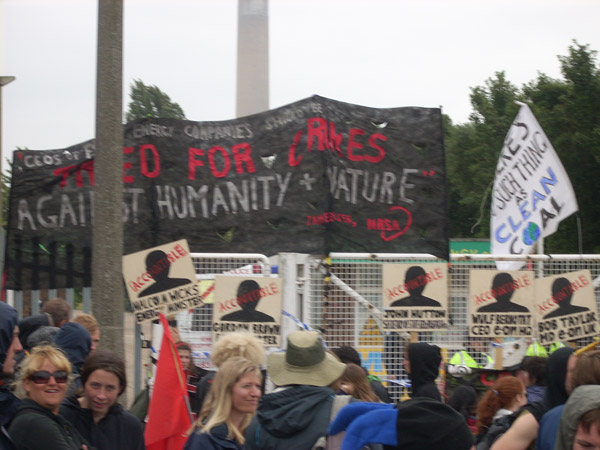 The first successful arrest took place when police tape which had bisected the road we were marching down got broken, and cops grabbed the first person they could, in an attempt to reinforce their discipline. Protesters tried to de-arrest him, causing police on horseback to beat people from above with their batons and riding crops.

Videos are in .avi format. Viewers having trouble playing the videos may have to download the freeware VLC Player from