Campaigners gathered outside Holloway Prison, London on Sunday 10 August to remember all the women who have died there, to protest against all deaths in prison and to remember the massive contribution to the struggle against prison brutality made by Pauline Campbell, who died earlier this year. 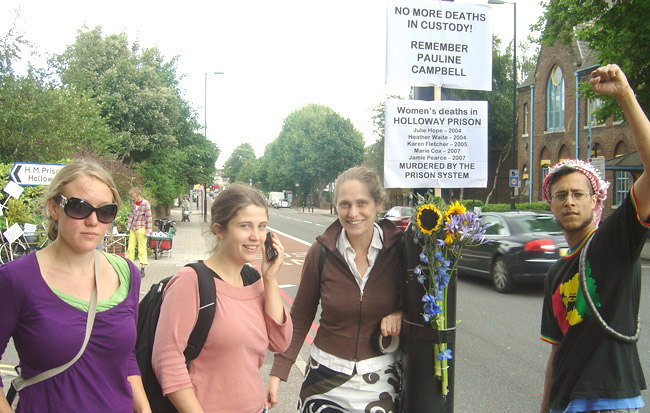 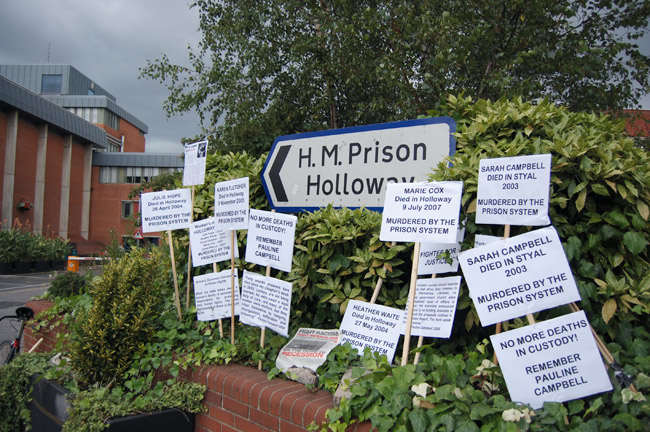 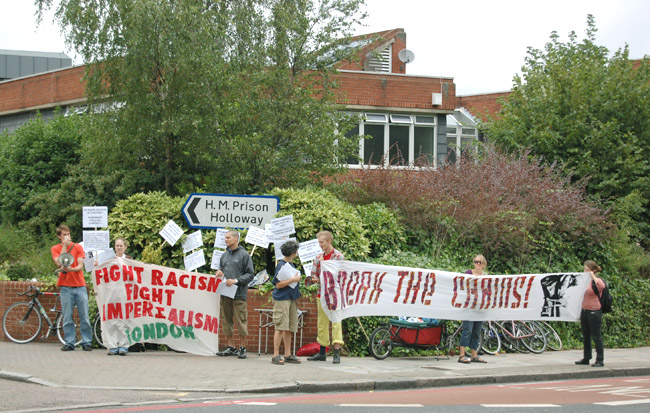 This annual event around the world gives solidarity to all those incarcerated in prison and remembers all those who have died at the hands of a brutal negligent inhuman prison system.

The demonstrations for Prisoners Justice Day 2008 at Holloway Prison in London and in Wilmslow, Cheshire at Styal prison were held as a tribute to Pauline Campbell who tragically died in May this year.

Pauline was the mother of Sarah Campbell found dead in Styal Prison in 2003, aged 18 and the youngest of six women who died in Styal that year. Following Sarah’s death Pauline dedicated her life to raising the issues facing women in prison and in particular campaigning against women’s deaths – women murdered at the hands of the prison service. Every time a woman died, Pauline was outside the prison to highlight the tragedy of yet another loss of a young life, of a mother, a sister, a daughter.

There have been forty such deaths of women in the five years since Sarah Campbell died in January 2003. Outside Holloway prison, placards and banners gave the message to passers by on foot, in cars and in buses: No more deaths in custody! No more prisons! People stopped and many vehicles hooted in support, as chants rang out over the megaphone.

The London demonstration remembered in particular the five young women who have died in Holloway Prison in the last four years: Julie Hope and Heather Waite in 2004, Karen Fletcher in 2005, Marie Cox and Jamie Pearce in 2007.

In the words of Pauline Campbell, earlier this year: ‘No civilised society should tolerate prisons that drive their inmates to killing themselves. Likewise, no civilised government should allow this shameful state of affairs to continue.’

Checkout our action at the Styal event