About 50 riders assembled for the Free Tibet Ride on the Southbank by Waterloo Bridge, London, on 15-8-08. 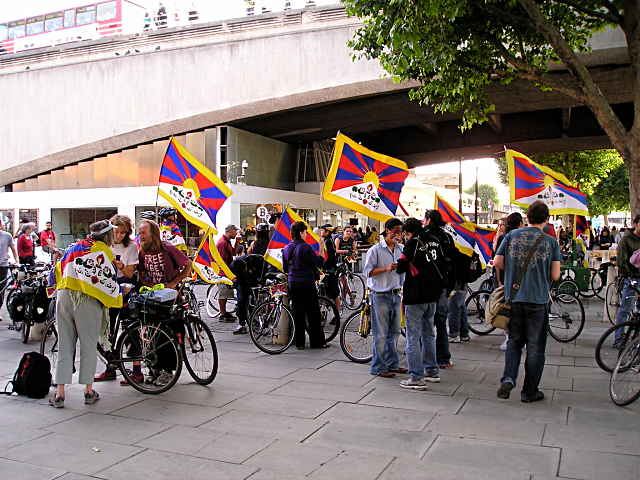 Unlike London Critical Mass rides, there were no police present at the start and they didn't turn up until the ride was close to the Chinese Embassy, where they maintained a pleasingly low profile. Music and commentary was provided by the 'Pedals' cycle sound system. The ride circled the embassy a few times, where a small group of protesters with banners were standing opposite. Movement could be seen through the curtains of the embassy but no staff put in an appearance.