Demonstration against the BNP Event in Derbyshire : Designated Protest Point!

On Saturday 16th August, people gathered to protest at the BNP event there. 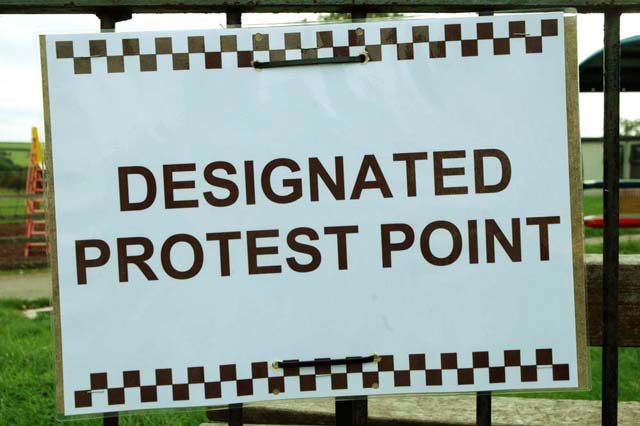 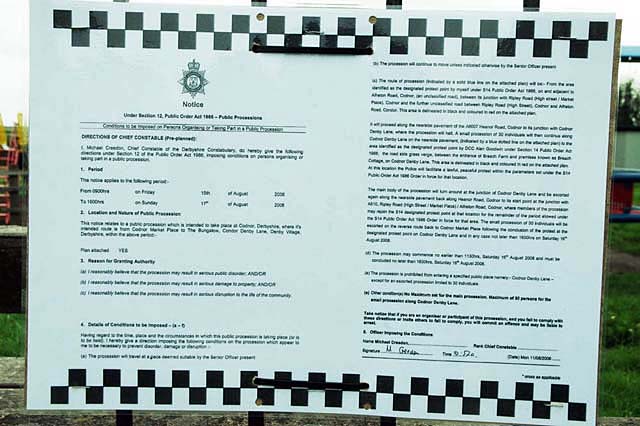 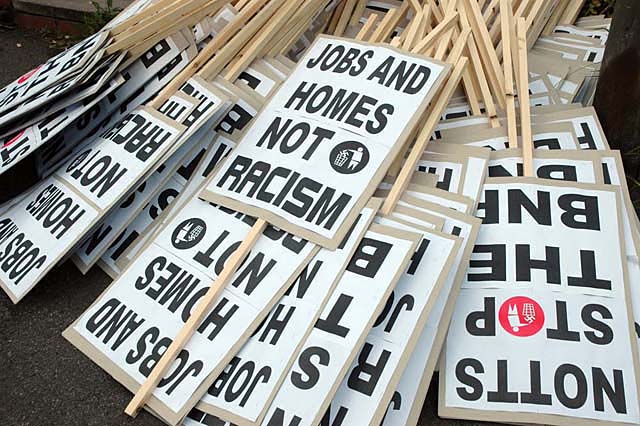 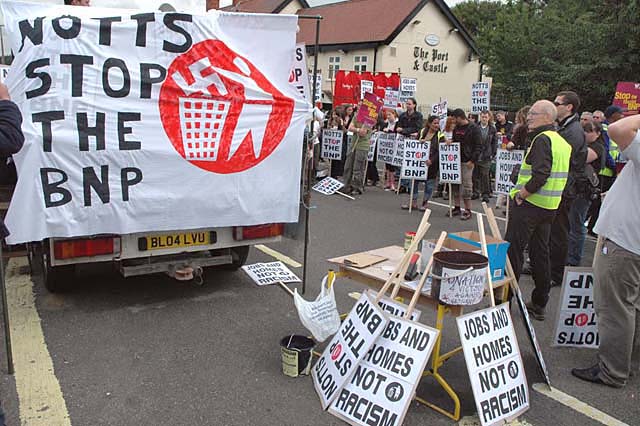 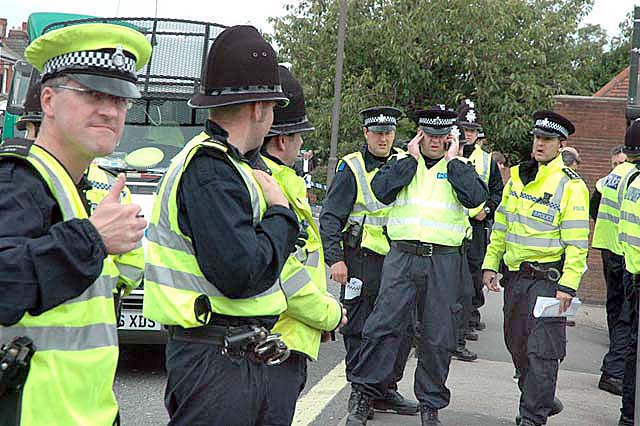 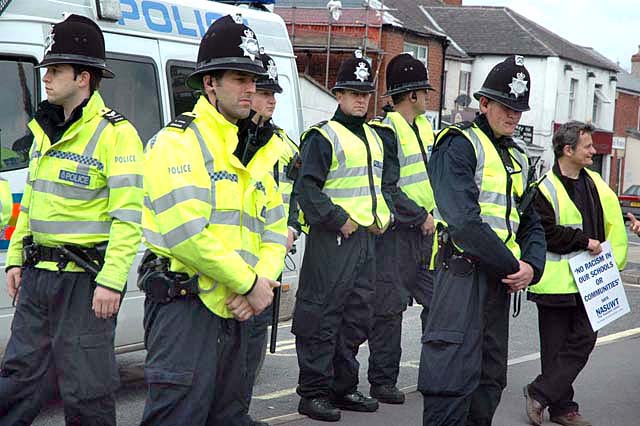 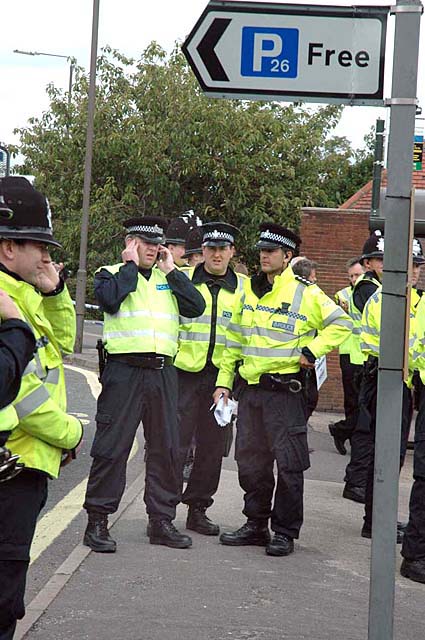 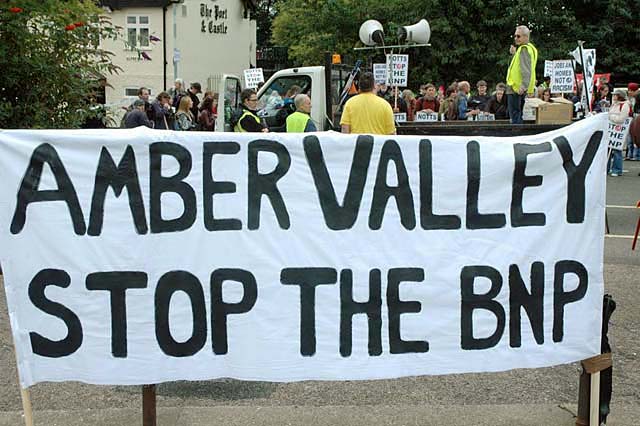 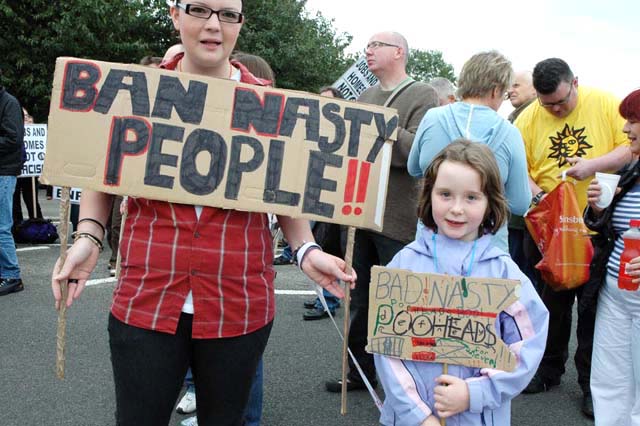 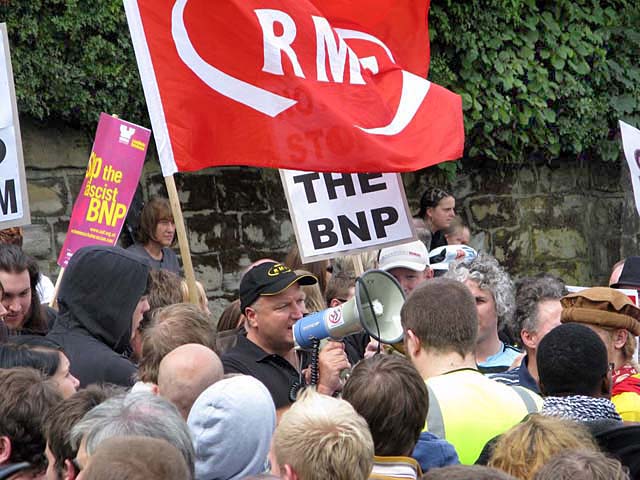 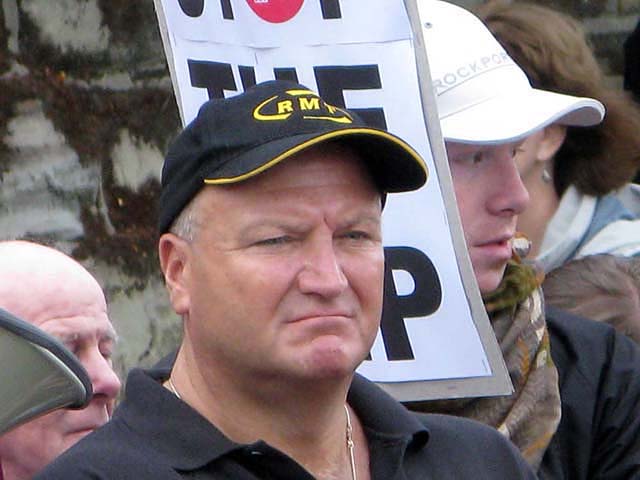 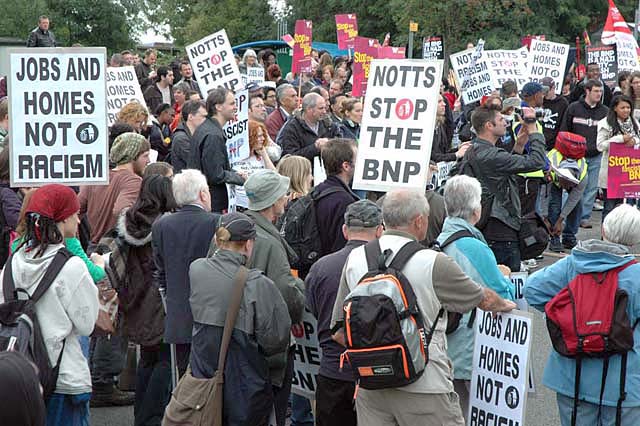 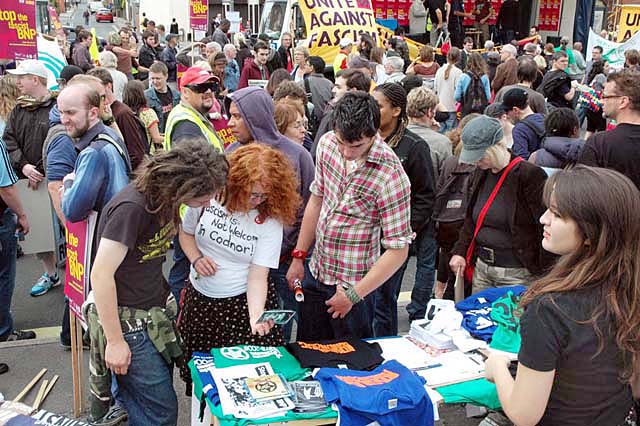 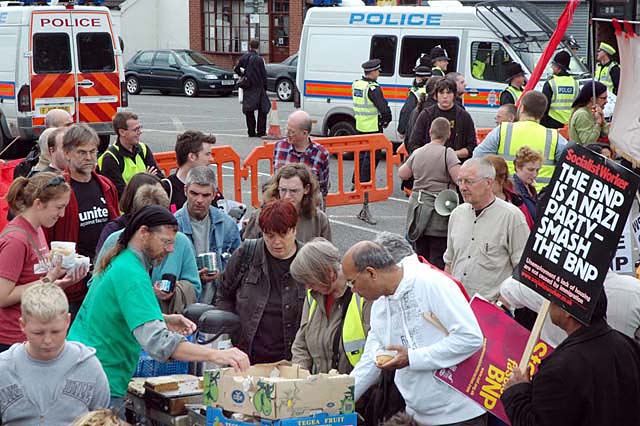 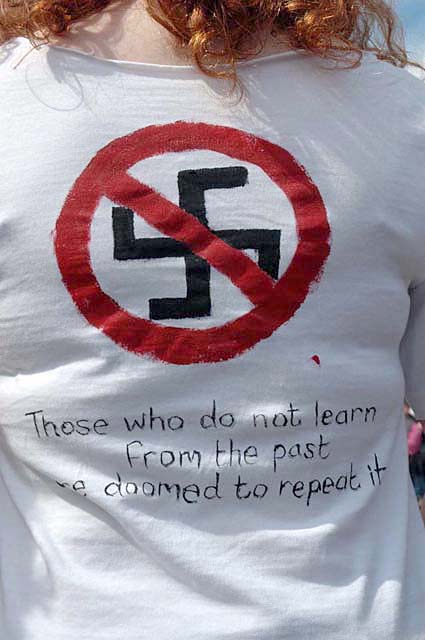 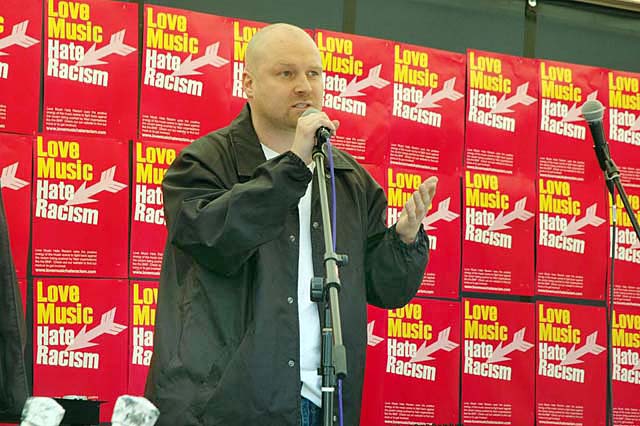 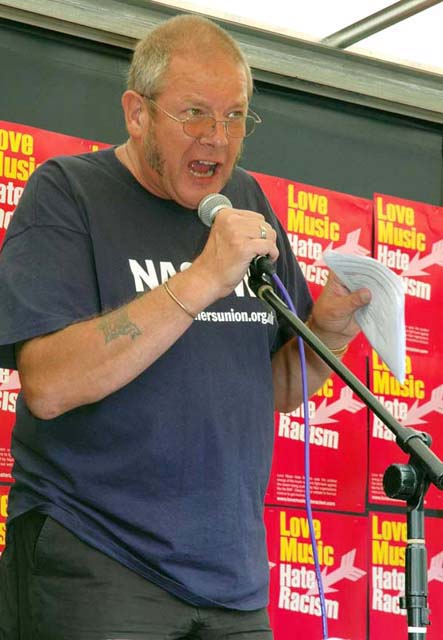 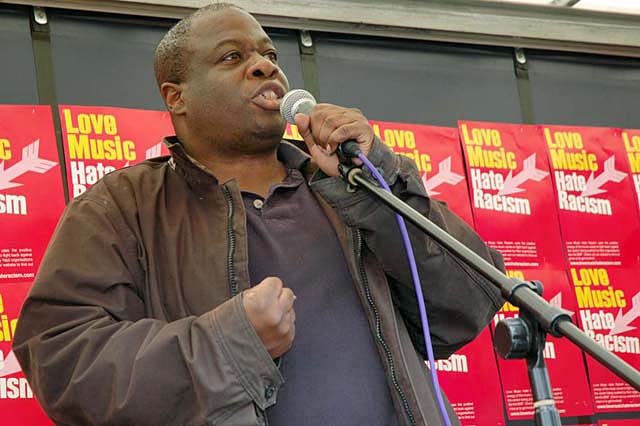 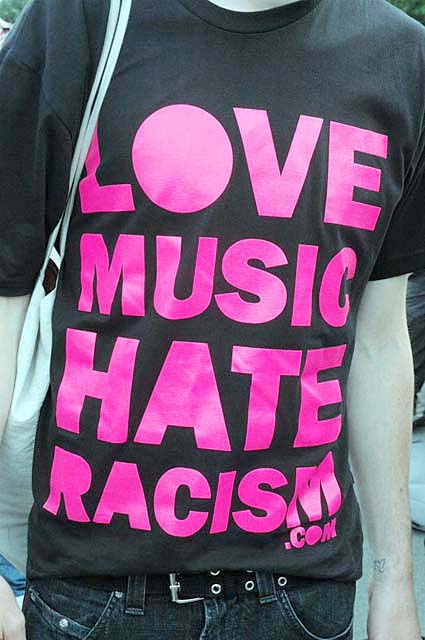 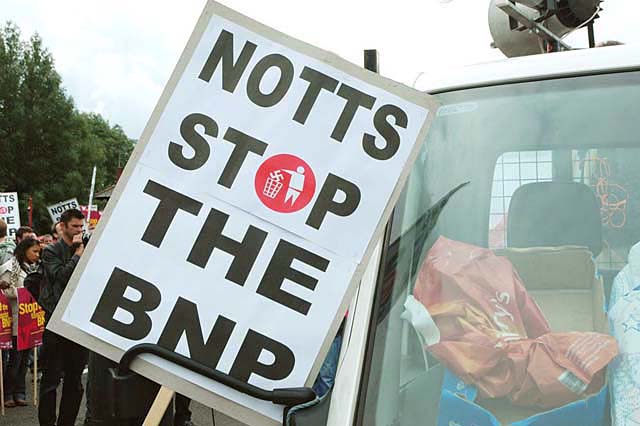 On Saturday 16th August, people gathered to protest at the BNP event there.

Between 15th and 17th of August, the fascist British National Party (BNP) held its annual Red, White and Blue 'festival' on a farm in Denby, Derbyshire. As in previous years this so-called 'family festival' had brought together BNP members and white supremacists from across the world to enjoy Nazi marching songs and other hate-filled antics. Up to now, the event had past off largely unremarked upon in previous years, with just a token response from the anti-fascist movement. Last year when the event was held in the same place, there was only one single protester. This time, however, local campaigners involved in Nottinghamshire Stop the BNP together with Antifa England, Lancaster Unity, Hope Not Hate and Unite Against Fascism had been mobilising and resulted in about 6 - 700 gathering for a demo in Codnor.

Derbyshire Police noted this increased activity and issued directions under Sections 12 & 14 of the Public Order Act 1986. This order curtailed the traditional rights of protest, restricting the numbers that could gather in Codnor to 700. The march route was proscribed to a distance somewhat short of the target BNP event, the 'Red, White and Blue Festival'. Fearing disorder [police said] they permitted a token number of 30 people to march past the site entrance and back again. Banners waived, sloguns shouted.

Many people were not content with this arrangement, and there was much pushing and shoving against the police line. A couple of extra vans were moved into position and another line of reinforcements drawn up. The police line held. Bob Crow and other trade union leaders addressed the crowd by megaphone

The march then proceeded back to Codnor market place were folks gathered again to listen to the obvious speeches, telling us all things that we already knew!

Why is UAF splitting the anti-fascists? For a united anti-BNP demo on 16/08/08 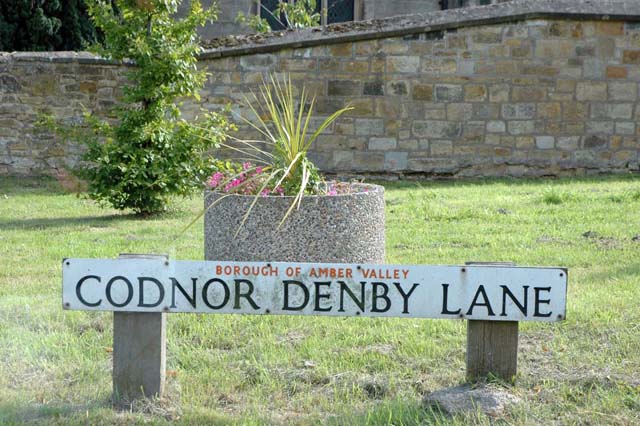 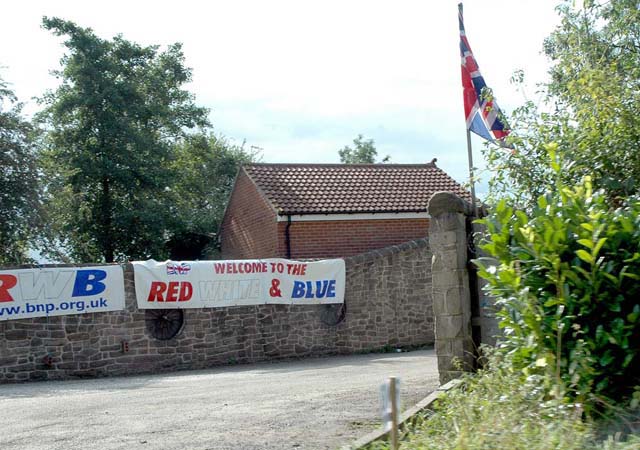 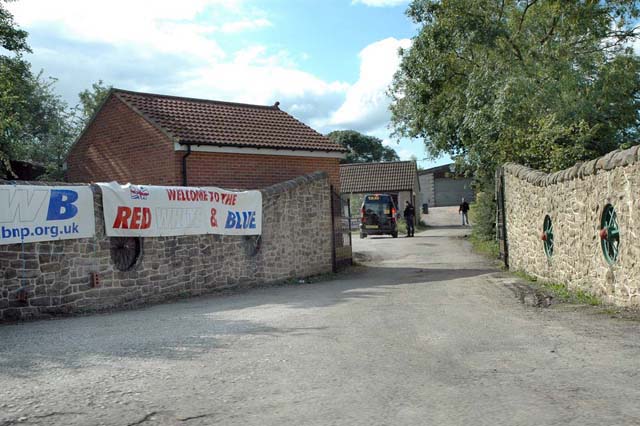 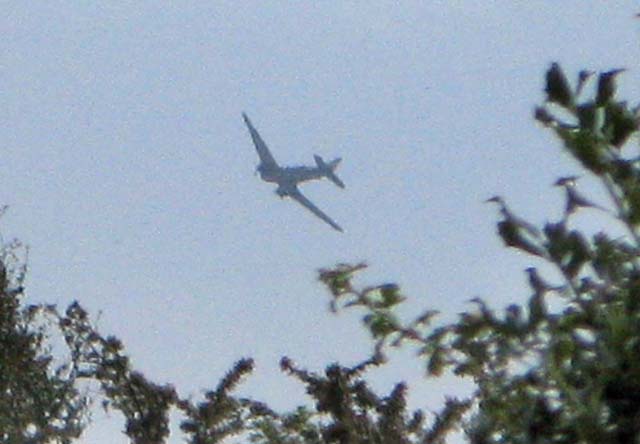 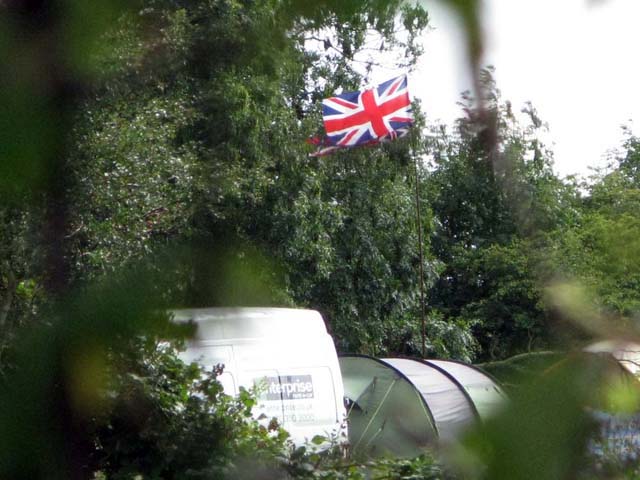 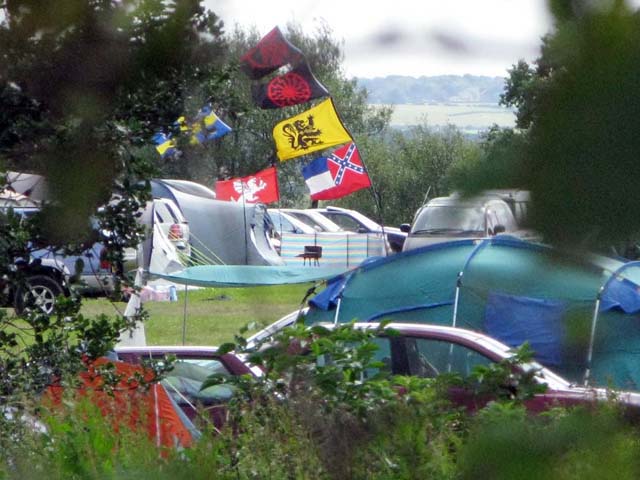 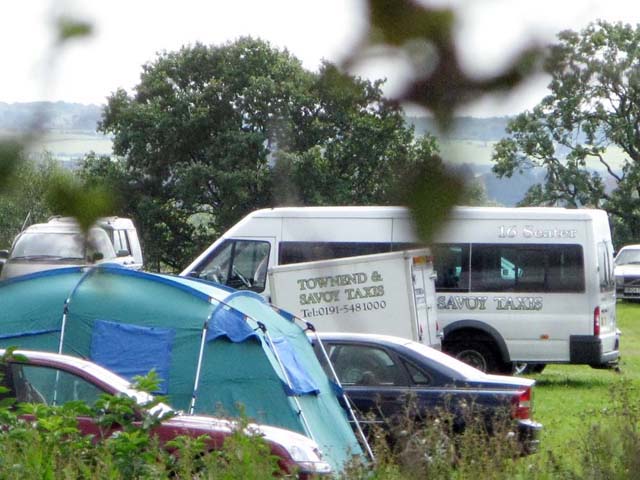 After the main 'anti' demos on the Saturday .... the event was still going strong on the Sunday. Armed with an OS map and compass, headed of across fields to see what I could see. Not an easy place to get to, off-road. Trying to avoid farmers in fields, police patrol;ss with dogs, and finally the festival security heavies [also with dogs]. However, after a bit of grovelling about through the mud and hedgerows, managed to get to the perimeter to take a few piccys before spotted and getting shouted at :-(. Not so informative though, but the best I could do under the circumstances. Was there for a bit listening to Griffin & Co's closing speech [applause at the end of every sentence], together with a rousing chorus of Jerusalem. About that time, an old DC9 did a couple of fly-bys, all designed for the dramatic effect no doubt.