30 arrested at die-in during environmental gathering Ecotopia in Turkey

Sinop (Turkey), 23rd of August. This afternoon, Turkish police arrested 30 foreigners from at least 18 countries and 3 Turkish citizens who took part in a peaceful "die-in" action in front of the Sinop province Governor`s residence in Sinop. 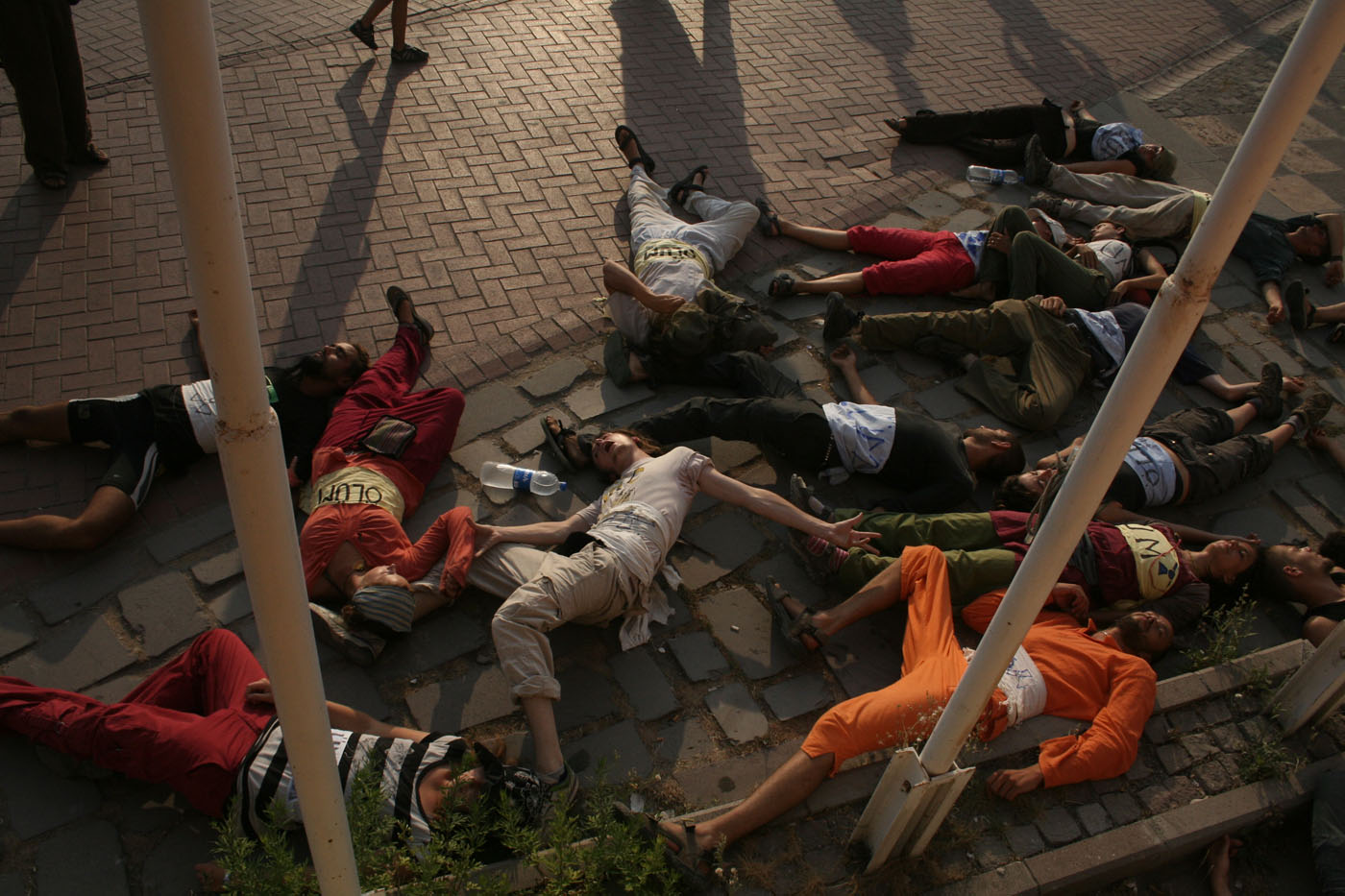 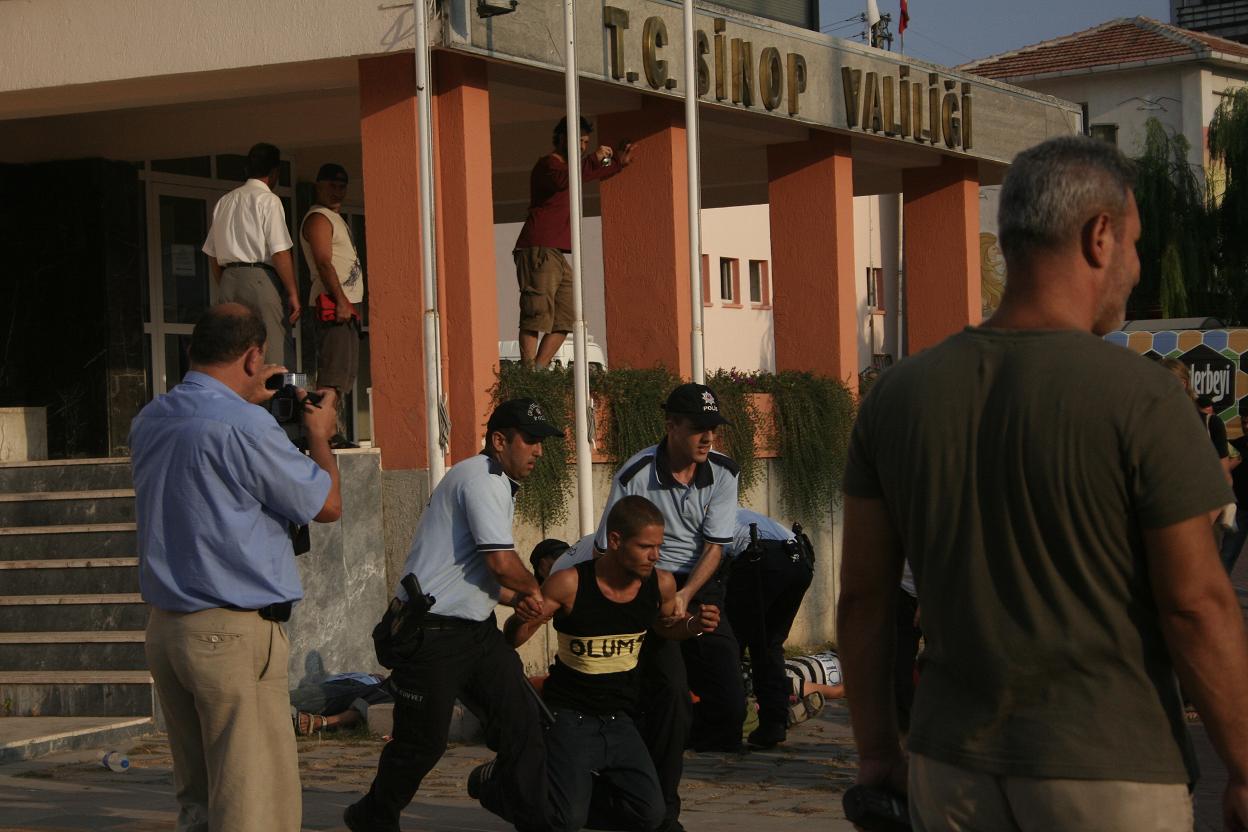 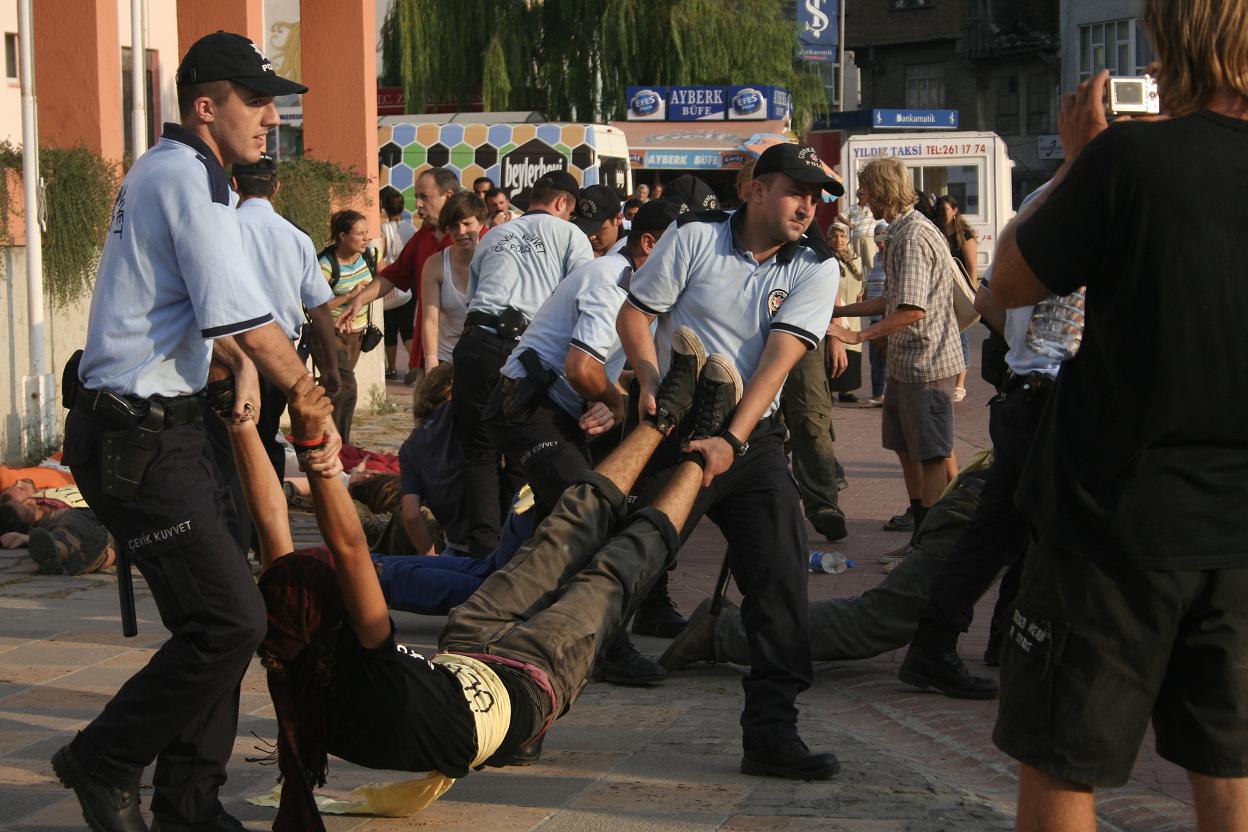 On request of the German Embassy the Sinop Police Headquarters claimed that nobody was taken under custody.

The protests are directed against the plans to build a Nuclear Technology Centre in the Sinop region. Participants are members of environmentalist movements worldwide. They want to draw attention to the fact that nuclear energy is dangerous, polluting and expensive. Instead of investing in nuclear technology, Turkey should use its great potential for solar and wind power, as well as increasing energy efficiency.

"The Turkish state seems to be very afraid of their citizens learning how dangerous nuclear power is. That is why authorities do not tolerate any protest, especially when foreigners are involved. We are seriously concerned about the denial of freedom of speech in Turkey.", says Niklas Hartmann from Germany.

The action took place while the camp is under threat of eviction.
See

22:54h.
The 32 arrested people are sitting at the police station still. There is no official statement of arrest or custody. When embassies asked for information on arrestants police actually denied to have taken people into custody(...).
The group has been split into smaller groups and taken to hospital for the compulsory check on torture and is now back at the station. They have been refused access to their lawyer, a certified translator and to contact their embassy and even access to food and water.
Rumours have it that our lawyer was told by the police that people didn't want to see him.

People have been asked to sign papers in Turkish without translation. Before the promised release they will have to see a prosecutor, even though they are not formally arrested.

23.20h: first group of 6 people got released, probably because they signed the papers. We'll deal with it now.

01:25h.
Everybody followed by undercover police all the time. Several people picked from the street that had nothing to do with the action! Finally, nobody has seen the prosecuter, but everybody out now. Police wanted to deport us from town back to camp site before everybody was released. Situation was really threatening. People now staying with trade unions. More tomorrow.