"Pride is a Protest" - Bradford MSGI marches at Manchester Pride

Several representatives of University of Bradford's MSGI society marched at Manchester Pride 2008 to proclaim "Pride is a Protest", along with several other groups. 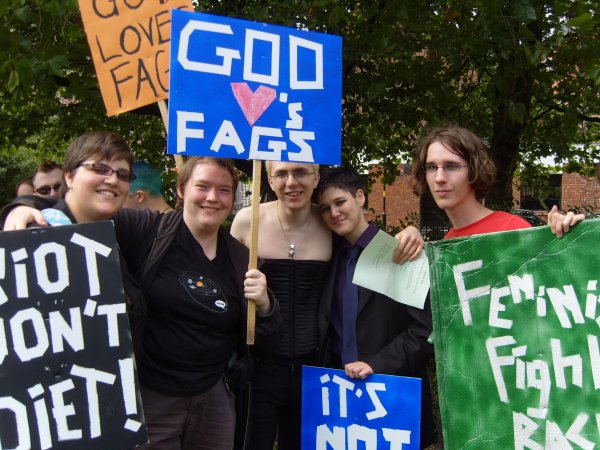 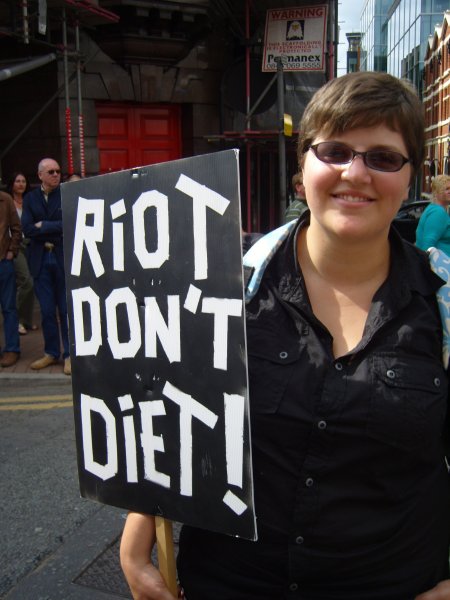 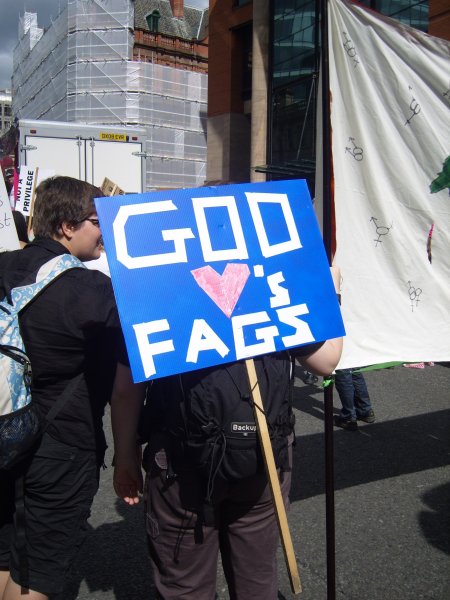 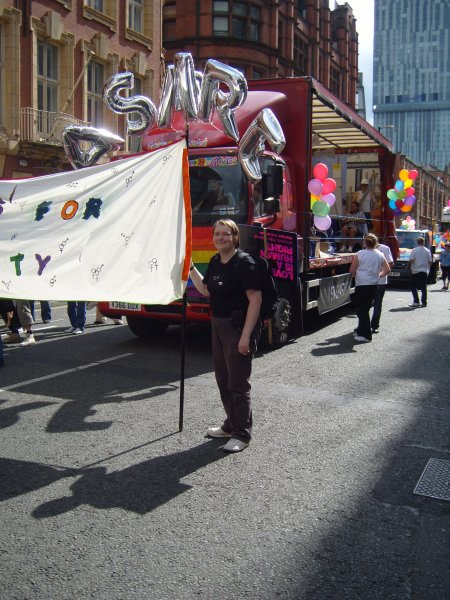 Several members of Bradford MSGI (Minority Sexual and Gender Identities) attended the Manchester Pride parade on Saturday 23rd of August in order to protest the commercialisation of Manchester Pride. Holding signs such as "Riot, Don't Diet", "God Loves Fags", and "Feminist Fightback", they marched with the University of Manchester Student Union's parade entry. UMSU also staged their own protest, chanting slogans such as "We're here, we're queer, we will not live in fear", and "3, 5, 7, 9, human rights are yours and mine". Other organisations were also out on the 23rd to protest the commercialisation of pride, including the Queer Liberation Front and Anarchist Federation, but most notably the Queer Youth Network, who had to defend their right to carry signs saying "Pride, Not Profit" from worried pride officials.

Sarah, Bradford MSGI's Librarian, stated, "It's extremely important for us to stand against the commercialisation of Manchester Pride as MSGI activists. You should not have to pay to be proud of who you are. and I am especially annoyed that the entire Village has been shut off to people unwilling to pay extortionate sums of money to Pride when virtually none of it makes it to charity as they claim anyway. We should remember where our struggle started: Stonewall was a riot, not a brand name." Manchester Pride organisers were unavailable for comment.