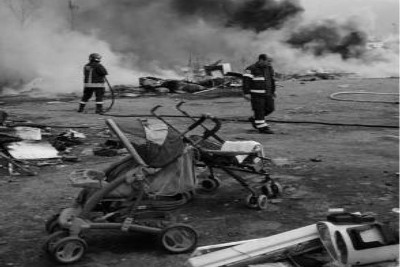 Called by Manchester Anarchist Federation, No Borders and Roma groups

"Italy's campaign against the Roma has ominous echoes of its fascist past, and the silence of our leaders is deafening" Seumas Milne, The Guardian

500 years of shameful repression in Europe of the various Roma groups
Thomas Hammarberg, Commissioner for Human Rights, Council of Europe

Roma people in Italy are under attack. The Italian government has passed a series of laws restricting the movement and freedoms of Roma people. All Roma people are being targeted as potential criminals and harsh laws condemning illegal immigrants to many years imprisonment are being used against Roma communities.

Silvio Berlusconi, the Italian President under investigation for corruption, has put troops on the streets and used the newspapers and TV stations that he owns to stoke hatred and fear.

Already, Roma people have been attacked and burned out of their homes as a result of this campaign of hate from the very top of the Italian government.

Manchester Group of the Anarchist Federation

Source for this Message:
Manchester Anarchist Federation, No Borders and Roma groups