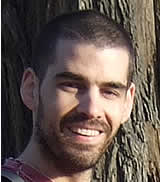 If anyone is interested at all in my daily Prison life here in „JA Eisenstadt, Austria“ I’ll try to write down my everyday worries, experiences and thoughts.

I’ll try to keep the political and juridical stuff out here, as it is already told elsewhere.

Only some days – if not weeks – after the brutal imprisonment I realized that this would become the most shocking, traumatizising and – most important – life changing experience in my life!

During these busy first days, being moved from prison to prison, form policemen to judges, starting my fisrst-time hungerstrike. I couldn’t sleep one second and couldn’t think cool and rational without fear and panic in my mind. The uncertainity and total lack of autonomy are still here, yet after dozens of weeks on remand you get used to it.

With time, I got adapted to the jail system which is obviously intended to make you feel not counting anything. It resembled a little to the military system. Beginnning from the wardens to the biggest judges, everydody does not only think to have more power; they have! Nevertheless, the primary intention of jail – make you frightened that you’ll stopp what state thinks you did – doesn’t work. The opposite ist true: The only notion which is bred within the prisoners by this kind of punishment is anger and hate against such an injust state.

So, as you are hardly going to abolish prison system for now at all, you are better off to adapt and try to make the best out of it.

After the first „Busy“ days I was delivered to JA Eisenstadt, where I’m still forced to live up to date. With respect to my parents I dropped my hunger strike here, after our second process which was for me the starting point of a „normal“ prison life…

In opposition to the majority of the prisoners I’m in so far lucky as I don’t have much personal responsibility outside, in particular children.

Vegan Prisoner Support Group work must have been very well, because from the first day I got vegan food (on the first day I did get nothing), although I didn’t ever mention the word „vegan“ once!

It took maybe a week or so to understand that the police and general attorney errs knowingly in my accusation and that the only purpose of all the police’s action is repression of an effective legal animal liberation movement.

But back to jail life!

So after having lost 10 % of body weight by hungerstriking, on the 13th prison day I started eating a lot. Within few days I gained normal weight again while trying to compedence the dramatic deprivation of movement with some body exercises. Still, the deprivation of movement seems to be one of the hardest things for me to deal with. I was used to do some kind of sport every day and enjoying cycling dozens of kilometers in the streets of Vienna as well as in the woods and hills nearby. Regulary I went climbing and did martial arts. In jail, you are reduced to a living organism kept 23 hours a day on 7,8m². Once a day you are allowed to circle around on a basketball square for 50 minutes. But only if it is not raining or other „events“ like x-ray or concerts are concurring. Once, my daily walk was „forgotten“ exactly on the same day I handed out a self-made veganims-leaflet to the warden. Of course pure coincidence!

Proudly Austrian jail system announces gymnastic studios, ergometers, running, soccer- cycling- and tennisgroups, swimming etc….for ist inhabitants. As veganists know, reality too often differs from what the powerful try making us believe. The unwritten law of JA Eisenstadt says, that you see the „gym“ (ca 20m²) exactly once a month. Since the 3 months I’m here I’ve never seen a single dip of a basketball at the well existing basketball place. Playing football was possible twice. I have already faught through the bureaucracy to the jail chief commander talking to him about optimized food and more sport opportunities. He was friendly, but nothing has improved, e.g. vegan B12 is still not provided!

Still a lot of people are visiting me as often as possible: University members of our research group, parents, family members and lots of lots of animal rights friends. On average I receive about 20 letters a week, so it is still impossible to answer every single of them. Sorry fort hat!

My most serious troubles in this days are fighting the emotions of demotivation and uselessness. I’m not able to bring up the same motivation for reading, learning or sports as in freedom. If I start thinking about freedom my feelings are getting worse. Even staring out at the sunny clear blue sky through the cell-window could make you cry. Sometimes I find myself sentimentally enjoying traces of various odours from outdoors. So, if you don’t want to get depressed, avoid looking out the window at all, even if the only outlook is on a barb-wired backyard.
Because a lot of people are doing political work out there 24 hours a day, while I concentrate primarily on egoistic goals (like food, gymnastics and books) I feel useless. Maybe I do, because of not knowing what useful things I could do here and now to help you on the animal case a little bit!

The lack of serious, intense discussion is also helping to erade my motivation. Except of utilizing turkish prisoners to imrpove my turkish, most talks are about the all-same (true) stories if an unbelievable injust police system and a lot of (less true) racist, homophobid, sexist ressentiments (by wardens as well as by prisoners). Not to talk about speciesism, which is hardly to establish here.

To be honest, I’m unable to imagine…
How will it be? Then, what shall I do? Which one will be the right decision, which one the wrong? What will I want at all?
However, uncertain this moment will be, I’m, looking forward!

Another worrying thing ist he TV which I took into my cell to relieve boredom. But now I try to exchange it with a radio turner! As I’m usually not used to watch TV it is really depressing to see what kind of content is obviously in „public interest“. How can social change ever happen as long as mainstream media prevails? Well, again nothing new for you…

Lazy but not really tired, I will stopp writing now and try to sleep, dreaming of a just world as all of us do.

Sorry for my awful english, greetings, thanks and hugs to all „freedom fighters“ out there.