Pakistan army is burning alive Baluch tribesmen in the areawise largest Baluchistan province, according to the Asian Human Rights Commission. 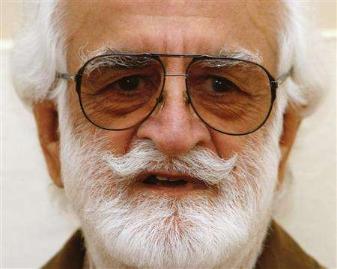 WASHINGTON DC: The American Friends of Baluchistan has appealed an end to Pakistani atrocities on the Baluch populace amid reports that Pakistan army is burning alive tribesmen protesting the loot and plunder of their resources, including natural gas.

In a letter to Pakistan ambassador to the US, Hussain Haqqani, AFB founder and international journalist Ahmar Mustikhan described Pakistan's army as rogue and terrorist and urged him to the army jihadi operations in Baluchistan.

In his book "Between Mosque and Military" Haqqani had acknowledged Pakistan army's alliance with Islamists, but is watering down what he wrote after becoming the country's ambassador in D.C.

The Baluch insist they have no truck with Pakistan and that their homeland was annexed at gun point in March 1948, seven months after the British left India divided.

The De Jure Ruler of Baluchistan, Khan of Kalat Beglar Begi [Prince among the Princes] has sought asylum in the U.K. and is leading the Baluch struggle for freedom and human rights.

Following is the full text of what Mustikhan wrote to Haqqani:

I am appaled to learn that the military of Pakistan has resumed operations in different parts of the occupied province of Balochistan despite an assurance by the Prime Ministar Syed Yousaf Raza Gillani on May 1, 2008 that there would be no military action against the Baluch people.

Please also read an article by Peter Tatchell in the The Guardian newspaper today:

It is of grave concern that the military is not following the pledges made by the prime minister and considers itself above the law and Baluchistan its colony. It is also very disturbing that innocent citizens including women and children have been targeted by the jihadist Pakistan army in pursuit of the Baluch freedom fighters.

According to the information I have received, on April 5, just six days after the formation of the civilian government, four people were arrested in the Zainkoh area in Dera Bugti district by military officers and were taken to torture cells there. They were asked to name the persons working with the 'Balochistan Liberation Army' (BLA). After failing to get a confession from the victims, the officers put four people in hot coal tar. Three died instantly while the fourth person, Mr. Jaffer Khosa died in custody seven days later.

The army was looking for persons involved in exploding natural gas pipelines, which provides gas to different parts of the country, and other activities related to challenging Pakistani occupation of Baluchistan and the exploitation of Baluch natural resources at gun point.

According to the local newspaper reports, the military started to use heavy force in Dera Bugti, Bairoon Pat and border areas of Jafferabad district again and searched houses without warrant from court. During this operation, army officers killed 12 persons on July 19, 23 persons on July 20 and 36 persons on July 24. It is also reported that 30 persons were killed and 70 were injured on July 27 and 28. Villagers claim that the military used chemical gas against the villagers and when they fainted, they were taken to unknown places where they were shot dead.

The Daily Jang, the largest circulated newspaper, reported on August 21 early that morning, the army deployed a fresh contingents of troops in the areas of Bareli, Tukhmarh, Jhabro, Sano gari, Andhari and Nisao cheera. Seven innocent persons were killed and 18 persons were injured due to whole-day aerial bombardments in the said areas.

After a lapse of one day, the military started bombardment again and killed several including 13 women and children. The federal minister in charge, the minister of interior Rahman Malik, visited the area on August 20 and announced that the military operation would continue if separatists were protected by the people. This man Rahman Malik was a barber's son from Sialkot, was just a 13 grade [Pakistan officers position begins at 18 grade] employee 30 years ago but is today the richest person through graft and corruption. He was also involved in the Iraqi oil-for-food scam and gave bribes to the Saddam Hussein regime.

Malik publicly confessed as many as 1100 Baluch were still missing in Baluchistan.

I urge you to investigate the death of four persons including Mr. Jaffer Khosa who were burned alive by the military in Zainkoh area in Dera Bugti district so that those responsible are prosecuted and punished according to law.

Human rights abuses such as killings, disappearance and torture against civilians by the military are never justifiable during military operations in the province. If the Pakistan army is not going to follow prime minister orders there will be further bloodshed, I further urge you to stop military operations in Baluchistan that has already caused the death and displacement of tens of thousands so far.

Pakistan army actions in Baluchistan shows its a rogue, terrorist army. This same army is bent upon defeating the International Security Forces in Afghanistan and had killed three million people in the former East Pakistan, now Bangladesh."